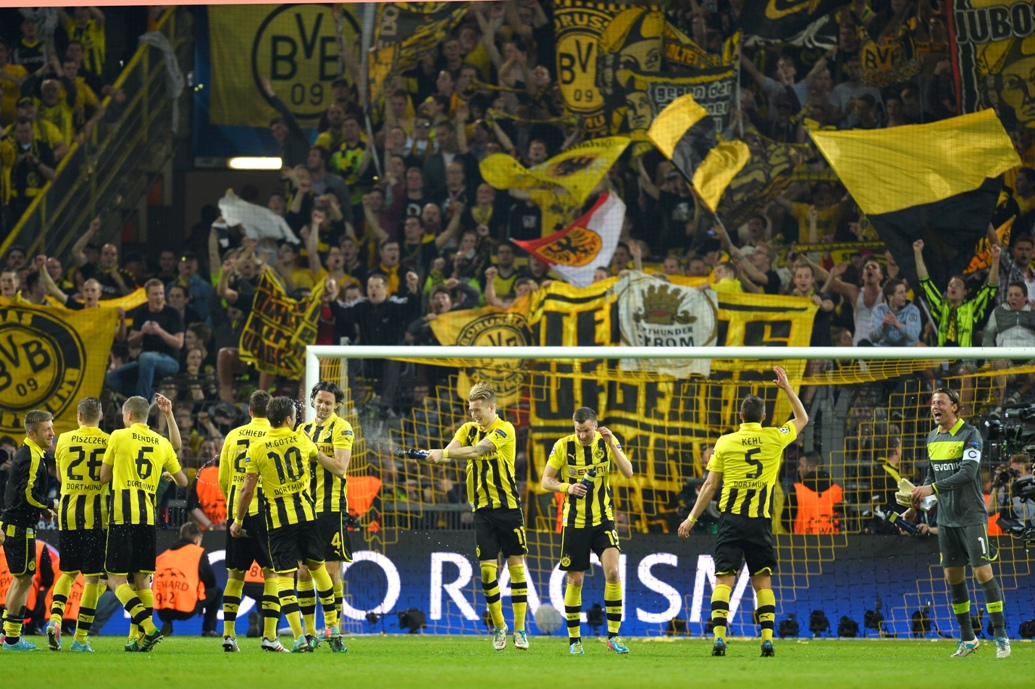 Borussia Dortmund are chasing both a place in the Champions League‘s knock-out phase and a confidence-boosting victory to remedy their dire domestic form when they host Galatasaray on Tuesday.

Dortmund have dazzled in Europe this season with an average of three goals per game to top Group D ahead of Arsenal with three straight wins and a perfect nine points.

Borussia have beaten Arsenal 2-0 at home, defeated Anderlecht 3-0 in Belgium, then downed Galatasaray 4-0 in Istanbul a fortnight ago.

A fourth consecutive win on Tuesday will confirm their place in the last 16.

The 2013 Champions League finalists’ European form contrasts sharply to their nightmare Bundesliga run where they have dropped into the relegation zone, struggling in 17th place after the worst start to a league season in the club’s history.

Dortmund have lost their last five domestic games after being beaten 2-1 by league leaders Bayern Munich at the Allianz Arena on Saturday.

With nearly a third of the season gone, they are already ten points from qualifying for a Champions League place next season, which demands a top-three finish.

To exacerbate matters, Dortmund host Galatasaray without captain Mats Hummels after the Germany centre-back suffered a sprained ankle in Munich.

His place in the back-four is likely to go to Neven Subotic, his replacement at Bayern.

The Serbia international says Dortmund desperately need a morale-boosting win as much as three more Champions League points before they host third-placed Borussia Moenchengladbach next Sunday in the Bundesliga.

Subotic also has a point to prove on Tuesday as his two errors led to Bayern’s goals by Robert Lewandowski before he fouled Franck Ribery in the area for the late penalty which Arjen Robben converted.

“That is the next opportunity to show everyone that we can do better,” said Subotic.

“In the Bundesliga, our mission at Bayern failed because of two blunders from me.

“We need to regain some self-confidence for the home game against Borussia Moenchengladbach next Sunday so we can hold our heads high.”

Group D bottom side Galatasaray warmed up for their trip to Germany by coming from behind to seal a 2-1 win at home to Kasimpasa on Friday, less than a week after the Turkish Super League leaders conceded four goals in a game for the third time this season when they lost 4-0 at Istanbul Basaksehir.

Cesare Prandelli-coached Galatasaray have an impressive record in Germany, winning as many games (five) as they have lost, with the other three fixtures ending in draws.

But the Turkish giants have just a point from their first three games and must win in Dortmund to keep alive their slim chances of repeating last year’s feat of reaching the knock-out stage having also made the quarter-finals in 2012/13. – Agence France-Presse