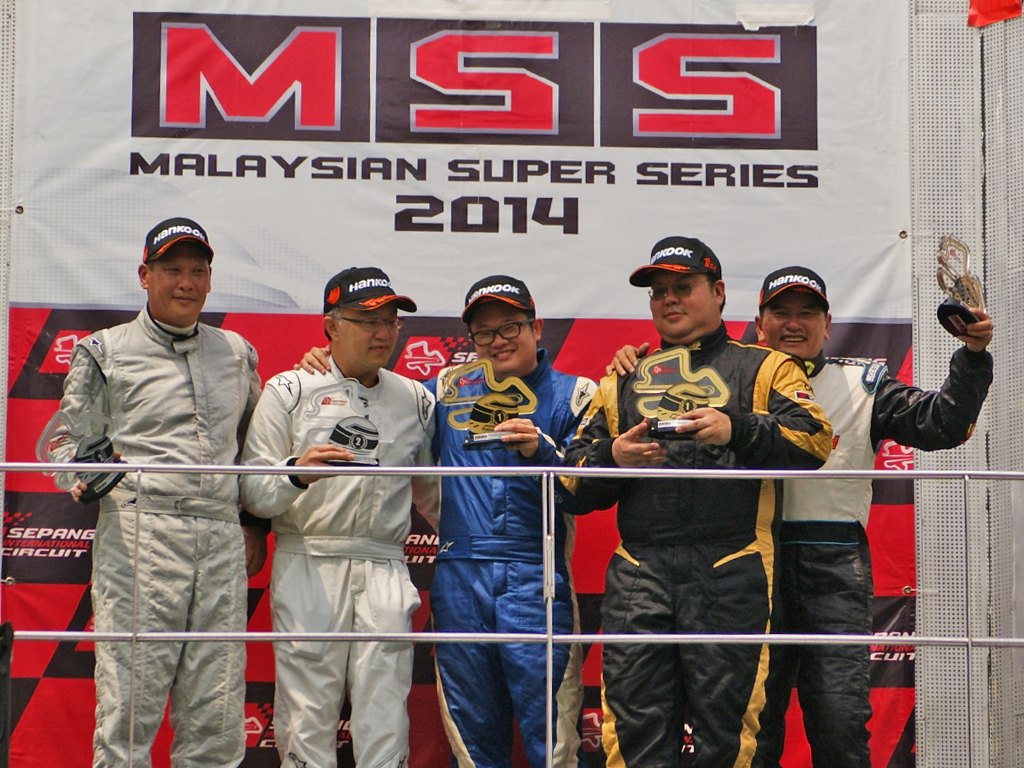 SEPANG – It was a brilliant end to a thrilling season of racing in the Malaysian Super Series Cars (Touring Production) championship when Chris Tan and Alan Wong combined perfectly to wrest their second successive victory at the Sepang International Circuit today. But their victory today could not stop Damien Dielenberg and Tommy Lee, who finished second today, to claim the championship crown.

Chris-Alan, in their Honda Civic FD, started second on the grid and raced to the chequered flag in a time of 1:00:44.094 while Damien-Tommy were next just over two seconds behind. Tony Teo was third in the 22-lap race.

While Chris-Alan had a sputtering start this year, Damien-Tommy performed superbly to win three of the first four races and pulled away at the top of the championship. But their title hopes slumped when Damien-Tommy suffered engine problems in the previous round and failed to collect any points.

“We had a good start to the season, we almost collected maximium points in the first three rounds and we were hoping to wrap it up in the fourth. Unfortunately, we had engine trouble in fourth round and did not get any points,” explained a jubilant Damien. “So for this round, our strategy today was to just get the points and win the championship.”

Teammate, Tommy said that while everything looked fine from the outside, internally, they problems throughout the year. “From outside looks like it was easy for us, but we had a few engine failures along the way. The engine ran well but there were parts that broke and that led to failures. And we had a few of those.”

A pleased Chris said: “The race was good, it was very hot but it was a good fight. We had a good set-up but needed just a bit more power. We won today but are second overall.”

Alan admitted that the poor start early in the season caused them to lose points. “We had a bad start this year. During the F1 weekend, the car suffered engine problems and everything went wrong. After that we made the podium and slowly caught up on the points. Next year, we hope to get a good start.”

Meanwhile in the MSS Cars MTC category today, James Veerapen and Tengku Ezan, behind the wheels of a Proton Suprima S, started third on the grid but broke away from the rest and were first across the finish line today. The duo clocked a time of 1:01:35.554 while second-placed Syafiq Ali finished the 22-lap race in a time of 1:01:57.593. FitraEri-Mark Darwin, driving a Proton Satria Neowere third.