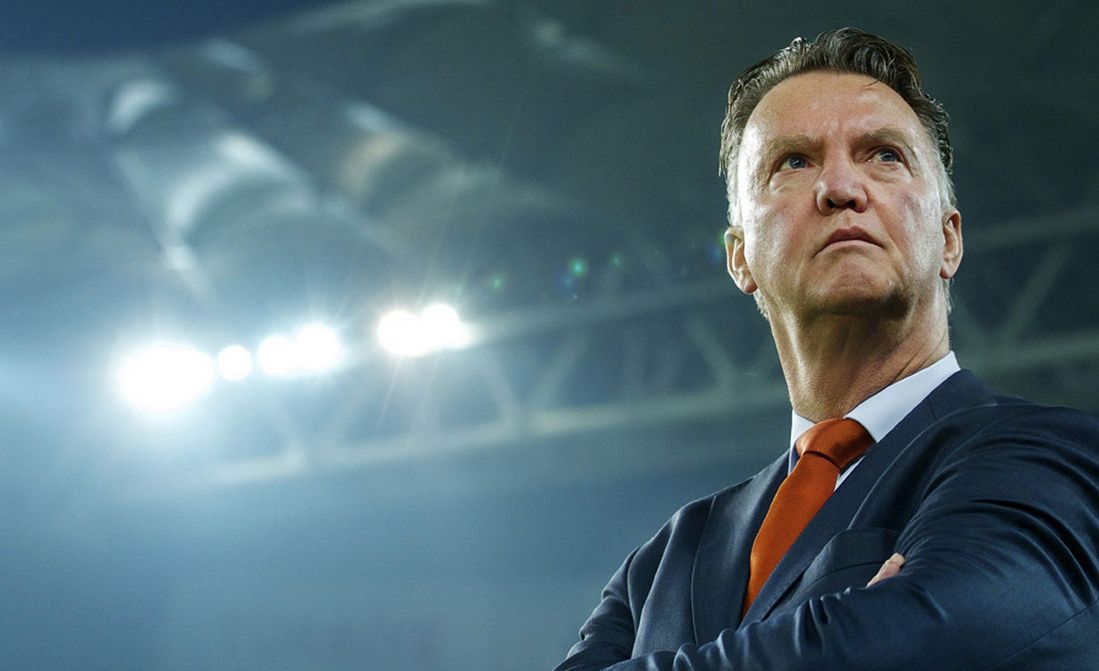 Manchester United manager Louis van Gaal feels his side are getting closer to the Premier League’s leading teams despite having made their worst start to a season since 1986.

After drawing 1-1 with league leaders Chelsea the previous weekend, United lost 1-0 at derby rivals Manchester City on Sunday, with Sergio Aguero scoring the winning goal after United defender Chris Smalling was sent off.

United also lost Argentine centre-back Marcos Rojo to a dislocated shoulder, but although the result left the 20-time champions 13 points adrift of Chelsea, Van Gaal believes they are making progress.

Aguero struck in the 63rd minute after Smalling was shown two yellow cards in the first half for attempting to block a clearance by Joe Hart and then sliding in on James Milner, but United finished the match strongly.

“Of course as a coach or as a manager you can be proud of the last 20 minutes because they showed unbelievable willpower and we could have scored at that moment,” said Van Gaal, who described Smalling’s dismissal as “stupid”.

“I have seen the willpower of this team that I said to the players is fantastic, but we have still only 13 points out of 10 games and that is not so much.”

Van Gaal’s assessment of United’s display was echoed by his captain Wayne Rooney, who played as a deep-lying number 10 on his return to the team after a three-match suspension.

“We have to focus on ourselves. You can see every week we are getting better,” the England striker told Sky Sports.

“We are not far away from being back up there and being a very good side. We came here for a result and leave with no points, so we are disappointed.”

City’s victory brought them four consecutive league successes over United for the first time since 1970 and ended a damaging run of three matches without a win in all competitions.

The English champions face a key Champions League fixture at home to CSKA Moscow on Wednesday and City captain Vincent Kompany said the victory over United would allow his team to approach the game with confidence.

“The derby win is massive. For a minute, the league doesn’t matter,” said the Belgium centre-back.

“It is a boost for us and we will do our job again in the Champions League on Wednesday.”

City manager Manuel Pellegrini said that French centre-back Eliaquim Mangala should be fit to face CSKA Moscow after sitting out Sunday’s game with a thigh problem, but Aleksandar Kolarov is unlikely to play after injuring his calf in the warm-up.

City had three strong penalty appeals waved away before Aguero turned in Gael Clichy’s cut-back to claim his 10th goal of the season, but Pellegrini refused to criticise match official Michael Oliver, saying: “It is very difficult to be a referee.”

United finished the game with midfielder Michael Carrick and 19-year-old Paddy McNair at centre-back, while an injury to Rafael da Silva meant that winger Antonio Valencia started the game at right-back.

With Phil Jones and Jonny Evans currently sidelined, Van Gaal has a defensive headache ahead of United’s next game at home to Crystal Palace, but he believes there is sufficient depth in his squad to compensate.

“We have a lot of injuries in defence, as you know, but you have also seen how Michael Carrick has come in and Paddy McNair has come in,” said the Dutchman.

“We have still 11 players to play and also very good players, so I don’t cry for that. It is sometimes difficult to select the best team, but I think I can manage that.” – Agence France-Presse