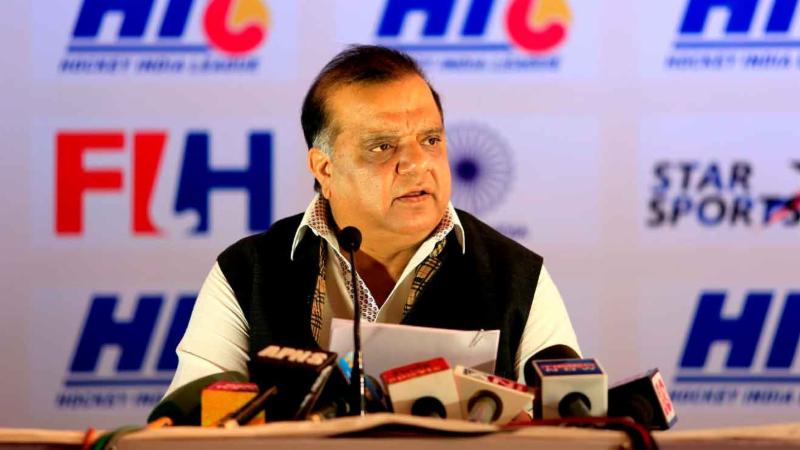 He is the first Indian to be elected President of an Olympic Sport’s international governing body. His four-year term begins immediately, replacing predecessor Leandro Negre from Spain who was last night awarded the title of President of Honour by the FIH.

As President, Batra will be tasked with leading the sport through the next phase of the FIH’s 10-year Hockey Revolution strategy. A key part of this will be the delivery of the new Event Portfolio which begins in 2019.
Batra, who was until earlier an Ordinary Member of the FIH Executive Board, received 68 votes to defeat fellow presidential candidates David Balbrinie from Ireland (29 votes) and Australia’s Ken Read (13 votes). Eight National Associations abstained from voting.

Besides his work with the FIH, Batra has been at the heart of hockey development in India. He has been a highly active member of Hockey India since he took up post as Treasurer in 2009. A year later, he became Secretary General and was elected as President of the National Association in 2014.

He has also worked closely with the Indian Olympic Association and was instrumental in the Indian Olympic Association being reinstated by the International Olympic Committee in 2013-14. Batra is also Chairman of the Hockey India League, the franchised league which is now entering its fifth season and which is doing much to raise the profile of hockey in India and the wider international hockey community.
His appointment as President frees up a position on the FIH Executive Board, which will be voted on later today. Batra’s successor on the Board will take up the position for the remainder of his previous two-year term, until 2018.
The new President will work very closely with outgoing CEO Kelly Fairweather over the next few weeks before the latter’s departure in early December. He will then continue to work with interim CEO David Luckes, FIH Director of Sport, before incoming CEO Jason McCracken officially takes up his new role on 1 February 2017.

To read about all the latest news from the Hockey Revolution Part 2 Conference, featuring the 45th FIH Congress, visit the official event website by clicking here