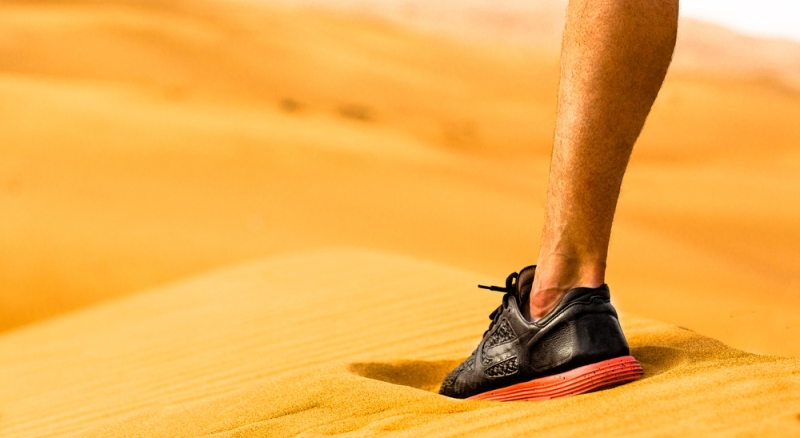 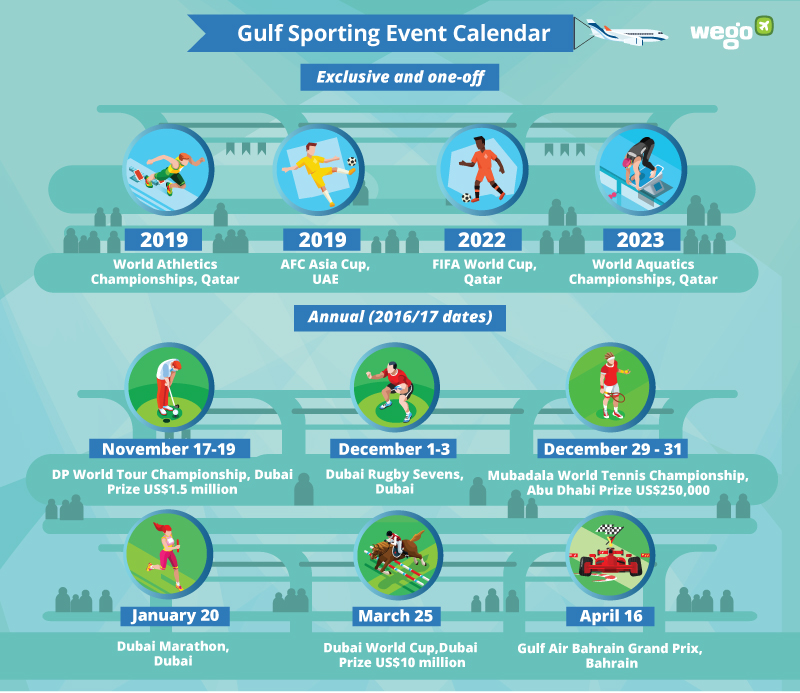 Wego.com, the leading travel search site in the Middle East and Asia Pacific, reflects on the tourism value of one of the most global unifying passions in the world: sport.

The Gulf has invested heavily in what is an impressive annual calendar of international events, beginning in November and continuing through to April, when the temperature is more conducive to sporting activities.

“There’s a buzz in the region right now in preparation for some of the richest and most sought-after sporting crowns in the world,” said Mamoun Hmedan, Managing Director, Wego Middle East, North Africa and India.

“The Gulf’s passion for global sports has been reflected in the development of numerous cutting-edge stadiums and circuits that now attract the world’s sporting elite. The commitment is evident in the growing number of proactive pitches to hold even more international events in the region,” Hmedan continue.

The UAE will host the AFC Asia Cup in 2019; the tournament to be held across eight separate venues in four cities. Expansion plans are underway with the Zayed Sports City Stadium increasing its capacity to 63,000.

Also in 2019, Doha successfully beat Barcelona and the US to win the World Athletics Championships to be held at the Khalifa International Stadium, home of the Qatar national team.

“The highest profile event is the 2022 FIFA World Cup also to be held in Qatar,” added Hmedan. “Held in the Middle East for the first time, plans are in place for at least eight (possibly 12) planned new venues, making it the highest profile sporting event in the region’s history.”

“Apart from these upcoming giant events, the Gulf’s regular sporting agenda kicks off this month with the prestigious DP World Tour Championship – known as the ‘Race to Dubai’ as part of the European Golf Tour’s final,” added Hmedan. “In the 2013 cycle alone, it was estimated that this event brought in as much as US$44 million to Dubai.”

The prestigious final is held at the acclaimed Jumeirah Golf Estates: a series of top-quality championship courses designed by golfing legend Greg Norman.

“The Sevens is part of the World Rugby Sevens Series and attracts an annual attendance exceeding 100,000. These prestigious events are an expression of the dedication to boost tourism as well as feed the Gulf’s love of sport, and we are expecting a lift in searches to the UAE on uae.wego.com,” Hmedan observed.

“Another big yearly drawcard is the Dubai Marathon which attracts around 30,000 participants from all over the world, including some of the world’s elite international distance runners. Numbers are expected to increase as this event continues to gain popularity,” said Hmedan.

The tourism industry is also proactively participating in promotion of these events with huge sponsorships.

“A number of representative airlines have invested as sponsors with Emirates hosting the Rugby Sevens and Gulf Air sponsoring the Bahrain Grand Prix; the first Formula One event ever to be held in the Middle East,” continued Hmedan.

Bahrain will offer a single entry Formula One visa to suit visitors from 113 countries, waiving their usual visa application process.

“Sport sponsorships are big business and Gulf airlines continue to integrate their branding associations with events, teams and stadiums, which has been very effectively undertaken by Emirates and Etihad Airways. Just a few months back, Saudi Airlines announced their sponsorship of the Saudi national football team in their bid to secure a place in the 2018 Russia World Cup,” Hmedan added.

“Continued investments in sporting tourism have resulted in impressive stadiums and sporting facilities, in particular the US$1.3 billion 250 hectare Aspire Zone in Doha, which could see Qatar win an Olympic bid in the near future,” said Hmedan.