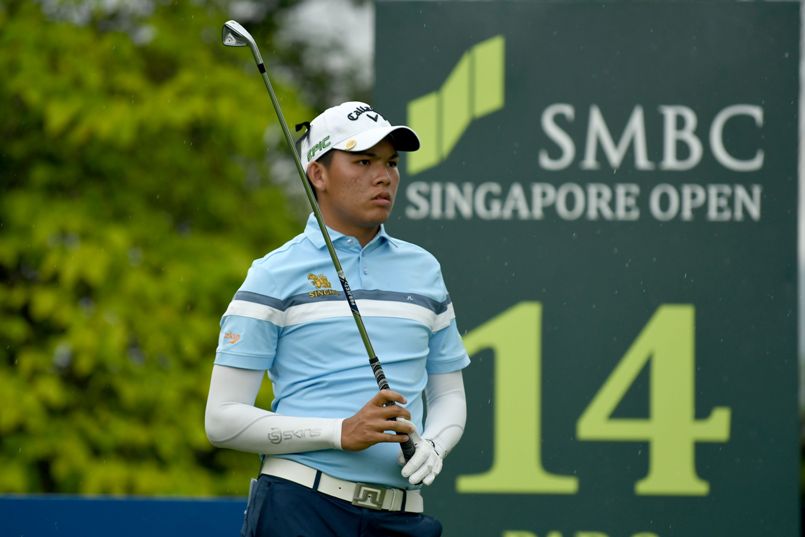 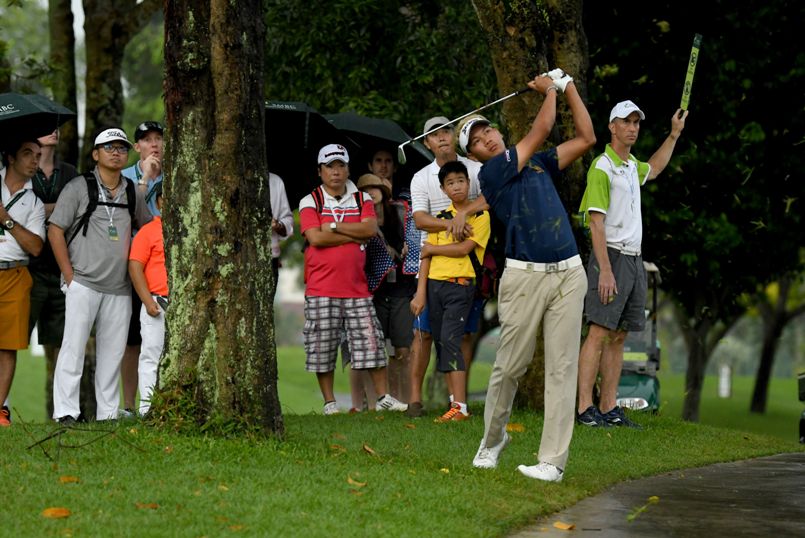 Thailand’s Tirawat Kaewsiribandit and Phachara Khongwatmai braved the heavy rains by snatching the third round clubhouse lead at the weather-hit SMBC Singapore Open on Saturday.

Close to three and a half-hour of play was lost due to lightning activities and thunderstorms in the afternoon.

When play finally got underway again at 5.30pm, it was the 27-year-old Tirawat, who stormed to the top by returning to fire two birdies in his remaining three holes for a five-under-par 66.

Phachara also had a closing birdie to thank for lifting him to the top of the leaderboard after he posted a 67 for a three-day total of eight-under-par 205 at the Sentosa Golf Club.

Australia’s Adam Scott, a three-time Singapore Open winner, could meanwhile overtake the Thai duo when he resumes his third round at 7.30am on Sunday. The world number seven, together with second round leader Seungsu Han of the United States, is at eight-under-par through 13 holes.

Singapore’s Quincy Quek remained in contention to become the first Singaporean to win his National Open as he is within two shots of the leaders at the US$1 million event that is sanctioned by the Asian Tour and Japan Golf Tour Organisation.

Quek, together with Philippines’ Juvic Pagunsan is at six-under with four holes to play and is among the 32 players who have yet to complete their third round.

It was a really nice birdie on the last.  I am very happy with how I finished. It wasn’t easy out there, especially with the rain. I was just relaxing with my friends in the clubhouse during the rain delay. I came out again to play, feeling confident after the suspension. I managed to keep to my game plan. I didn’t expect much because I only got in to the tournament on Thursday. I was really lucky. I will continue to stick to my game plan tomorrow and not think too much.

I’m glad I managed to finish the round as that would give me some extra rest for tomorrow. It was pretty tough out there with the rain but I’m happy to sink that last birdie to bring me to the top. I don’t want to think too far ahead because anything can happen on this golf course. I just want to stay in the present and stick to my game plan. If I get distracted, I’ll feel very nervous and things will not go my way.

Well, it’s one of those unfortunate days – stop and start, and kind of tricky conditions at the end there. The greens were obviously a different speed after all the rain. A little cooler, and rainy – the ball was not flying far, and the holes were playing long. So unfortunately I dropped a shot, but I’m still in the mix, so it’s not too bad. But I’m in good shape. Hopefully I can get some holes in tomorrow, and play some good golf. It’s where you want to be (his position on the leaderboard. If I can just play some good golf and finish this round off strong, then I’ll have my chances going into the last round.

Leading (completed) Scores after round 3 of the SMBC Singapore Open being played at the par 71, 7398 Yards Sentosa GC course (am – denotes amateur):