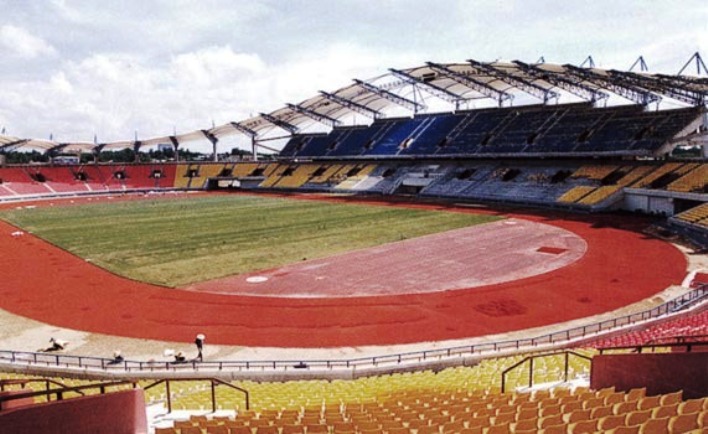 Early preparations and completion of venues for the SUKMA is important to identify technical defects or equipment that do not meet specification.

Olympic Council of Malaysia (OCM) honorary secretary Datuk Low Beng Choo hoped issues like venues that did not meet specification or records not endorsed would not happen during the SUKMA hosted by Sarawak from July 22 to 31.

“During our visit to Sarawak in November to check on venues and facilities for the SUKMA, we saw work progressing ahead of schedule. All venues are expected to be completed by April or May so that trials runs can be held to test the compatibility of the equipment and facilities.

“We want to ensure all venues are ready, facilities in place and equipment functioning well so that the games proper can progress smoothly,” said Beng Choo who is also the Special Technical Committee chairman for SUKMA when met by Bernama.

During the SUKMA hosted by Perlis in 2014, the newly built aquatic centre had failed to meet the specification set by the international body for swimming (FINA) while the canvas roof at the Tuanku Syed Putra Sports Complex was damaged during a heavy thunderstorm while the roof of the Badminton Hall which was newly built was found to be leaking.

Sarawak who host the SUKMA are expected to include 24 sports, comprising 19 compulsory sports and five other sports picked by the host.

Sarawak’s assistant sports minister Datuk Lee Kim Shin when contacted by Bernama said new venues and venues upgraded would be completed at least three months ahead of the SUKMA, including a new aquatic complex build at a cost of RM163 million.

“All venues will be ready in time for the games. The aquatic complex is scheduled for completion in February, Badminton hall by March and other venues for squash, shooting and archery will also be ready during the period,” he said.

The opening ceremony and most of the sports will be held in Petrajaya and Kuching while badminton and volleyball take place in Sibu, karate and sailing are scheduled in Miri, he said.

Meanwhile, Beng Choo said the organisers, OCM and the National Sports Council would ensure that incidents like the uncertainty surrounding the National record set by Badrul Hisyam Abdul Manap, 18, at the ASEAN Schools Games (ASG) in Brunei would not happen.

Badrul’s 10.29s in the 100m final at the ASG was deemed a new National 100m record after erasing the 10.30s record set by Sarawakian Watson Nyambek, 17-years ago, but the record could not be endorsed due to the absence of a wind gauge at the 50m mark and photo-finish.

“I am confident such an incident will not happen in the SUKMA since we are working closely with the respective association to ensure every aspect is available.

“We will also visit the venues and facilities again to ensure everything is in order and preparations are progressing smoothly,” she said. – BERNAMA