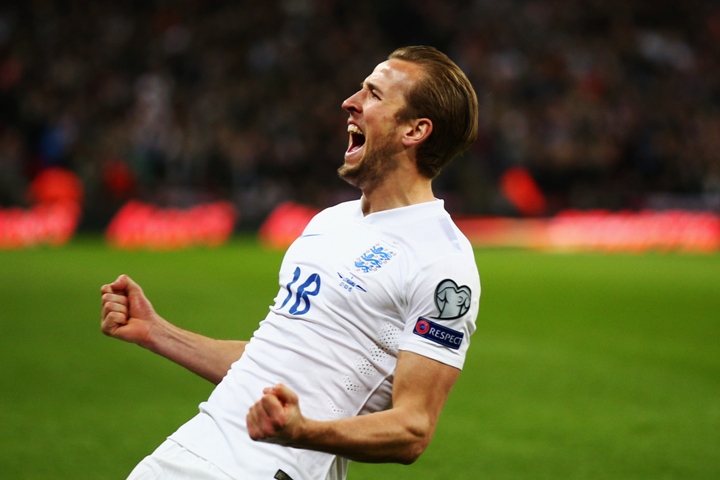 Tottenham Hotspur striker Harry Kane hopes to get an opportunity to partner Jamie Vardy when England tackle Turkey on Sunday in the first of their three Euro 2016 warm-up matches.

Kane’s 25 Premier League goals earned him the Golden Boot, with Vardy finishing the campaign one goal behind after inspiring Leicester City to their fairytale title triumph.

The pair have started just one England game together — last October’s 3-0 win in Lithuania — but with Wayne Rooney and Marcus Rashford on FA Cup final duty with Manchester United this weekend and Daniel Sturridge expected to be rested after playing for Liverpool in the Europa League final, they may be aligned together again at the Etihad Stadium.

“Jamie has had a fantastic season and scored a lot of goals, so if we are playing together it will be very exciting,” Kane told reporters at England’s St George’s Park training centre this week.

“We are different sorts of players. He has got a lot of pace and can run in behind — that will probably allow me to drop off and get into space.

“If the manager puts us together we will be ready to go and try to score as many goals as we can.”

England manager Roy Hodgson is expected to approach Euro 2016 with a two-man strike-force operating in front of a midfield diamond, although he has also utilised a 4-3-3 system on occasion.

With Rooney, England’s captain and record goal-scorer, now operating in a midfield role for United, there could be an opportunity for Kane and Vardy to form an enduring partnership up front.

The two went head-to-head in the Premier League title race and Vardy, 29, bared his claws on social media in response to a photograph posted on Instagram by 22-year-old Kane.

Kane’s image showed four lions on the prowl — apparently a reference to his team’s pursuit of Leicester — and when Spurs’ 2-2 draw at Chelsea gifted the Foxes the title, Vardy retaliated with a picture of Mufasa, head of the pride in the Disney animated film ‘The Lion King’, sliding to his death.

But Kane said: “We had a bit of banter over social media, but everything is all good.

“Winning the Golden Boot is always nice. It’s something I’m very proud of, but nothing has really been said about that.

“He won the Premier League, so there isn’t much I can really say!”

With his United and Liverpool players absent, Hodgson had only 19 members of his 26-man squad at his disposal for training on Thursday ahead of Sunday’s match at the home of Manchester City, which is followed by games against Australia and Portugal.

But Liverpool’s captain Jordan Henderson took part after being an unused substitute in his club’s 3-1 loss to Sevilla in Basel on Wednesday, which followed a month-long absence with a knee injury.

Chelsea centre-back Gary Cahill also trained, having missed the first session of the get-together with a knock.

Turkey are gearing up for their first major tournament since reaching the semi-finals at Euro 2008, having failed to qualify for Euro 2012 and the last two World Cups.

Fatih Terim’s side face Croatia, the Czech Republic and defending champions Spain in Group D at Euro 2016, after scraping through qualifying as the best of the nine third-place teams.

Sunday’s game could feature an international debut for quicksilver 18-year-old FC Nordsjaelland winger Emre Mor, who was born and raised in Denmark, but switched allegiances to Turkey — the land of his parents — earlier this year.

“I think he is a player out of the ordinary,” said Terim. “I decided to give him a chance and Turkey can gain a very interesting player.” – Agence France-Presse