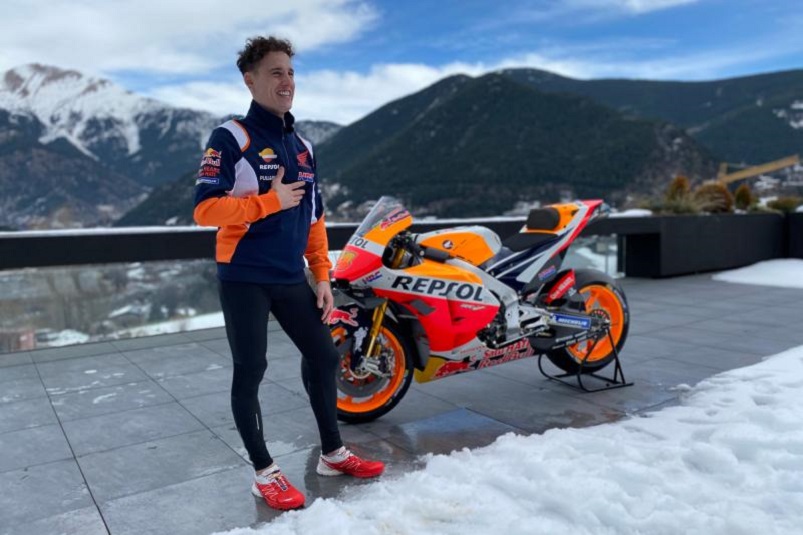 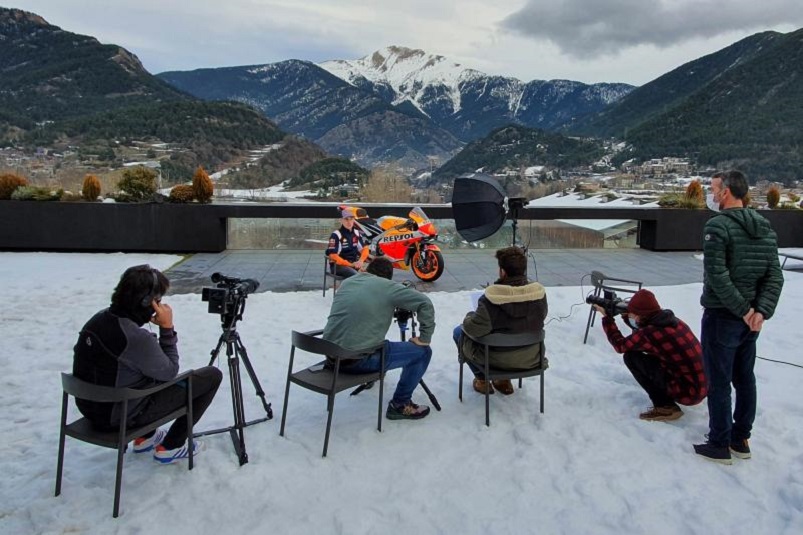 His arrival in the Repsol Honda team represents for Pol Espargaro the culmination of a dream, of an entire career, preparing to face his greatest challenge yet. Enjoying that special moment of having his Repsol Honda at his house, the number 44 reveals his first feelings and thoughts of pulling on the famous colours of his new team.

“Wearing these colours is amazing,” started the former KTM man, now wearing a different shade of orange. “I have been seeing the best riders in the world winning titles and races for many years with these colours. These colours mean glory to me. It means you have everything in your hands. They mean being where every rider wants to succeed and where all riders want to end up. When you imagine wearing these colours or riding a bike like this one a lot and then you finally do it, it’s incredible. You’re achieving your dreams; I am living my dream. Yes, 100%.

“When I was racing in 125cc, Moto2 and even MotoGP, this team were on the podium practically at every race. Seeing these colours alongside your number is amazing. It’s something super special. From the beginning, I was very clear about where I wanted to go, where I should be and where I wanted to see myself in order to test myself and see what I was capable of. The best way to do that is to be with the best team in the world, with the best bike in the world and next to the best rider in the world. I think I am coming to the Repsol Honda Team at the best time of my career. Being where you want to be, at the right time, means fulfilling a dream, and therefore without a doubt I am fulfilling my dream right now.

“I have seen this bike many times in photos and videos and I see it’s a pretty physical, small bike. These shorter bikes where you can manage the bike like you want, tend to move a little bit more but it’s the kind of bike I like to ride. You have a big input on the bike, you’re the one telling the bike what to do. Sometimes, for sure, you need to force the bike to do one or two things the bike doesn’t want to do, but it’s my way of riding. I like to brake late, and I have seen that every rider who has got on the Repsol Honda manages to brake very late and very aggressively; that favours me a lot because of my riding style.”

2020 was the Spaniard’s best premier class season yet, with five podium finishes helping him to fifth place in the World Championship. But coupled with a move to Repsol Honda is a huge spike in expectations, so what is the former Moto2™ World Champion hoping to achieve during his first year aboard the RC213V?

“The main goal for the season can’t go any other way than being on the podium or trying to win races, or even the world title. We need to improve our results from last year, I had a good year, but it can be better, and I will try my hardest to. The first year isn’t going to be easy but I did not come to the Repsol Honda Team to fight for the top six in the championship, I came here to achieve the highest goal in my career which is to be MotoGP World Champion one day. For sure winning races and this goal can be achieved here at Repsol Honda. I will give my maximum to achieve what this team and this brand have been doing in recent years.

“I’m going to try to give with my proactive attitude; huge work, huge effort, passion, love for this sport and for sure results. Saying that we are happy to finish in the Top 10 is not what the team expect, and it is not what I expect. I will give my utmost effort to achieve what this team have been doing in recent years.”

Espargaro will have to wait a little longer than planned before he can eventually swing his leg over a Repsol Honda machine, and admits the opening day of testing in Qatar will be a day he won’t forget in a hurry: “I can already tell I am going to be nervous, super nervous, shaking and I don’t think I will sleep the day before! This is a chapter in my life that I have always been trying to imagine. I am really looking forward to the moment I get on the bike for the first time, I think it’s a moment that I will remember for the rest of my life and I really want to enjoy it.”

“To share the team with Marc, I think it was another reason I wanted to come into the Repsol Honda Team,” explained the 29-year-old when asked about the prospect of being teammates with long-time sparring partner, eight-time World Champion Marc Marquez. “I have been fighting with Marc in the smaller categories for many years and I had so much fun, I’ve grown with him by fighting race-by-race and this makes me the rider I am today. When you fight against one of the greatest riders in the world you tend to improve much faster. The best way to improve yourself is to be beside the guy who is the same, or even better, than you. So that’s why I moved, I want to see my level compared to Marc who is for sure one of the best on the grid.” – www.motogp.com