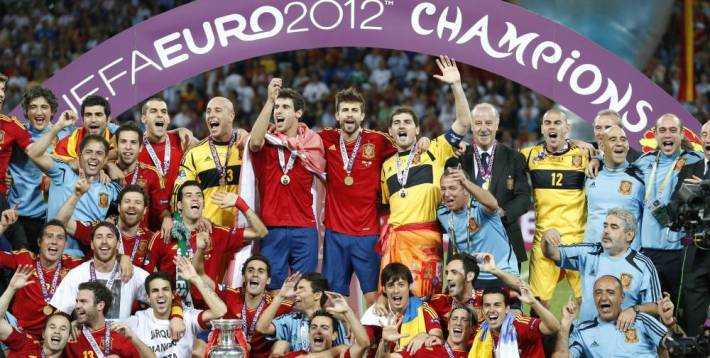 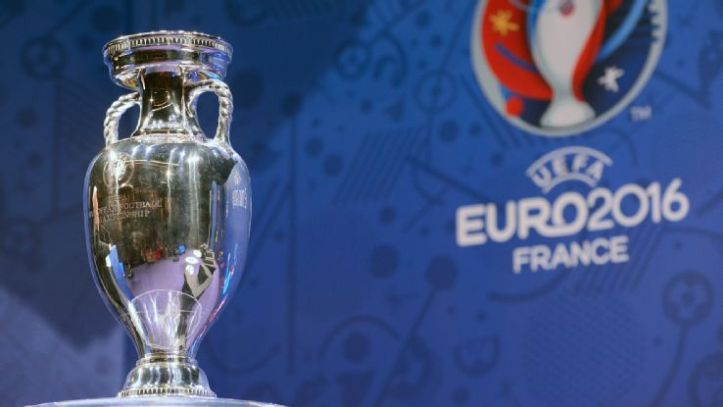 As Europe prepares for a feast of football, starting this weekend, you can envisage, green pitches full of mirrors, the perfect setting of your own living “bola” mystery. Over the next four weeks, it calls you to solve puzzles to escape from your own passions, to stay focused and find the exit. Summed up, do not get carried away by reflections and do everything to come out victorious from the mirrors!

There are predictions galore to who, among the 24 European elites, will be crowned on July 10 and get their hands on the Henri Delaunay Trophy? From “bola” experts, off-the-field pundits, grandstand critics, even the kampong “bomohs”, whatever, they all have their visionary choices.

Even the makers of free-to-play mobile football management sim Champ Man 16 have run 100,000 simulations and concluded that it won’t be France’s Les Bleus or the Italian Azzurri that emerges victorious. It’ll be Spain, winners in 2012 and the third-highest rated team in the competition, below Belgium and Germany.

Spain won out in 30 per cent of the simulations, with the most likely final seeing them face off against the Germans. England won seven per cent of the time, with a one-in-ten chance of making the final.

Is this one of the most open European Championships in history?  Yes, the extended 24-team format gives the smaller teams a greater chance of reaching the knockout rounds while the lack of one truly outstanding team means there is no obvious favourite.

My heart cheerily cries out for England (mind you, they never won anything since 1966 World Cup Finals!) but to start writing a new story after 50 years, with new reference points and new heroes, England need something extraordinarily transformative to happen. Not just any patriotic colonial hangover or watching English-mania football week in and week out!

My mind realistically says that Euro 2016 could be a tournament suited to one style above all. This could be the tournament of counter-attacking football. Just look at how Leicester City extraordinarily, if not miraculously, won the Premier League this season by counter-attacking against teams with pace and aggression.

The same could be said of adorable Spanish club, Atletico Madrid, who reached the final of the Champions League again with that approach of allowing opposition teams to have the ball and then attacking them quickly when possession was turned over.

Check it out and pretend to be a coach:  It is a simple truth that if you want a team to play out from the back, to build the play patiently, then that takes hours on the training pitch to develop and refine unless, like Spain, you have a group of exceptionally-gifted players who have been doing it all their lives.

More pragmatically, with time (not to mention, luck, too!) not on any manager’s side, a more simple approach is to set your side up to play counter-attacking football. Simplest approach: You organise your defence well and you coach players to soak up the pressure from the opposition, then you hit them on the break with quick strikers who are prepared to run. That’s why I fancy England as Roy Hodgson has tsunami-like strikers Jamie Vardy and Harry Kane, who can stretch the tightest defences until they crack.

This England outfit, with an average age of 25 years, hailed as the “Golden Generation”, look well-organised all over the pitch and pressing of the opposition is the name of Hodgson’s game. He lectures on winning the ball very quickly and the transition to attack as rapidly as you can to get the ball forward to your strikers.

The “press” matters the most as it starts with your strikers putting pressure on the opposition defence and the higher up the pitch that your midfield and defence can operate, the better. The whole team has to work together and they have to know their positions exactly.

Why England, yet again?  If they adopt a winning mentality and pick their best team, they can surprise anybody, every time. They just need a positive attitude and to understand they have potential world-class players like Kane, Dele Alli, Marcus Rashford, Ross Barkley and Kyle Walker. The key is in believing in the quality of some very promising, yet untried international players. Now all Hodgson has to do is find a way to win.

Statistics sometimes don’t lie: England were the only team to have a 100 per cent qualifying record and so based on the qualifying campaign. The best attack in qualifying belonged to England, who scored 31 goals in 10 games. And the youngest Euro 2016 squad at 25 years 10 months.

Without a doubt, the Archilles’ heel of England, the past half-century, has been in defending in general, whether it’s big long balls down the middle that players have failed to attack or head clear, or at the vulnerable far post. This has to be immediately plugged, as the most vulnerable spot that stands out like a sore thumb.

But in my neutral mind, the beauty of Euro 2016, is in the big surprises it throws. I remember the successes of Denmark in 1992 and Greece in 2004. This 24-team tournament means that the quality of the tournament will be high from the start. Even so, I have my eye on a few nations, with one outstanding player each, who could just do enough to make an impact beyond the group stages.

Look at Portugal with Cristiano Ronaldo, who reportedly earned €67 million (£53m) last season and possibly the favourite for the “Golden Boot”. Zlatan Ibrahimovic with Sweden and Gareth Bales with Wales. These one-man-show outfits, with world-class strikers, can almost single-handedly, turn the apple-cart on anyone.

They’re instant electrifying individuals who preach the best principles of counter-attacking, the strategy I believe which will be most effective at Euro 2016.

I smile, too, and wish Singapore and Malaysia take a leaf from little Iceland, with 330,000 people, the smallest nation ever at the Finals. Mind you, a quarter of their population could fit into the Stade de France, which will host seven games including the final!

Realistically, on footballing mathematics alone, France are expected to win the title on home soil, just as they did when they last hosted the tournament in 1984. World champions Germany and defending champions Spain (11/2) – the most successful teams with three wins each – are also tipped to lift the Henri Delaunay Trophy.

Golden Boots? The outright choice is Real Madrid and Portugal goal machine Cristiano Ronaldo.  Fresh from another 50-plus goal season for Los Blancos (six in the last six years for those keeping count) he now goes in search of international glory with Fernando Santos’ side.

Germany’s Thomas Muller is a sniper extraordinary, with 32 goals in 71 internationals, his record alone stands out. But he’s also proven himself at major tournaments (10 World Cup goals), has perhaps the competition’s most creative midfield supporting him and the world champions are widely-tipped to go all the way, as they did in Brazil two years ago.

My favourite England’s goalscoring hopes rest largely on the shoulders of Harry Kane, the Tottenham striker (my fav club) notched 25 Premier League goals last term and has five in 12 since breaking into the Three Lions squad 15 months ago. How to ignore the dream-come-true Jamie Vardy?

Outside marksmen include Poland centre-forward Robert Lewandowski, who notched 13 goals in qualifying and helped himself to 42 goals for Bayern in 2015-16. Juventus star Alvaro Morata, whose pace and directness will offer something different to Spain’s tiki-taka stylings – something more akin to Fernando Torres in 2008, rather than the 4-6-0 formation used in 2012. No write-offs for Zlatan Ibrahimovic at club level, after leaving Paris Saint-Germain following his best ever goalscoring season – 50 goals in 51 games.

Final word on England: If they get the boot-laces absolutely right, in correct teamwork and follow Leicester City’s blueprint for counter-attacking unity, my dream will come true.

What lessons can England take from Leicester? For starters, the togetherness, creating a squad environment, belief and the philosophy of the manager that has always been lacking from England squads in the past.

Hodgson, strangely silent as he may be, can hero-lead this young team, the youngest at Euro 2016. Without a doubt, he is under pressure to deliver attacking football and reach the semi-finals, if he wants a new contract through the 2018 World Cup in Russia.

In my view, this isn’t the last roll of the dice for the “Golden Generation” of new English players by any stretch, but it may be their best chance to win a major tournament after half-century.

Football, end of the day, is more than just about star-spangled individuals. It’s about a collective class. It’s about a terrific team unit, with a genuine winning spirit, with the unselfish core values of being together.

This “Three Lions” team has changed, the new hierarchy has consolidated itself. Strong, mentally and physically, on the football side. Now’s the time to wake the lion-hearted team spirit, this unconditional togetherness, usually called, at our Singapore-Malaysia kampong, as “semangat”.