Muhammad Farid Badrul Hisam’s defence of his 600cc Supersport crown suffered a minor setback today when the defending champion was beaten for the first time this season at Sepang International Circuit (SIC) at Round 2 of the Malaysia Superbike Championship (MSC).

Closely challenged yesterday before winning the opening Race 1 yesterday in the premier class, Farid was beaten in Race 2 by his BikeArt Racing team-mate Hazlanshah Mohd Noor, who ran a perfect race on his Kawasaki ZX6R machine to finally upstage his friend and nemesis to comfortably win the race.

A support race for the eni FIM Superbike World Championship 2015 Malaysian Round, the 10-lap contest around the 5,443-meter track was held at noon under clear skies and a dry track; allowing the riders to push their machines to the limit.

Starting from second on the grid, Hazlanshah, who lost yesterday’s race in the penultimate lap, burst to the lead and immediately opened a gap over Farid, who was closely challenged by another team-mate Muhammad Muzakkir Mohd and Ahmad Afif Amran of Petronas Hong Leong Yamaha on his YZF-R6 machine.

With Hazlanshah running a lonely race at the front and continuing to open the gap, Muzakkir and Afif occasionally took over second place from Farid; forcing the former Malaysian Moto3 wildcard rider to push hard and draw every ounce of his experience to take second place – finishing 15.588 seconds behind Hazlanshah and just 0.2 seconds ahead of Muzakkir.

Collecting 20 priceless points today, Farid, who has experience competing in the British Superbike Championship, took his total haul for the 2015 season to 95 points. He holds a vital 10-point advantage over Hazlanshah, who finished second overall last season and desperate to turn the tables on his team-mate. Muzakkir remains third in the championship standings with 61 points with Ahmad Afif in fourth with 47 points and three more rounds to go.

Race 2 for the B category for the Supersports Championship was topped by Singaporean Azhar Mohd Noor, who completed a double win for the round after winning Race 1 yesterday. Compatriot Ivan McCall Trevor, who came in second yesterday, had to be contended with another second place. Malaysian Chua Soon Wei completed the podium for today’s Race 2.

The next two rounds of the championship would be critical to all the riders as Round 3 and 4 would be staged on the same weekend on September 12 and 13. Along with the Superbike and Superstock riders, the Supersport competitors would have to contend with four races in two days and a maximum of 100 points to be grabbed.

Round 5 and the final round of the 2015 Pirelli Malaysia Superbike Championship will be held on November 20 to 22 along with the Grand Finals of the 2015 KBS MAM Kapcai Endurance Championship. 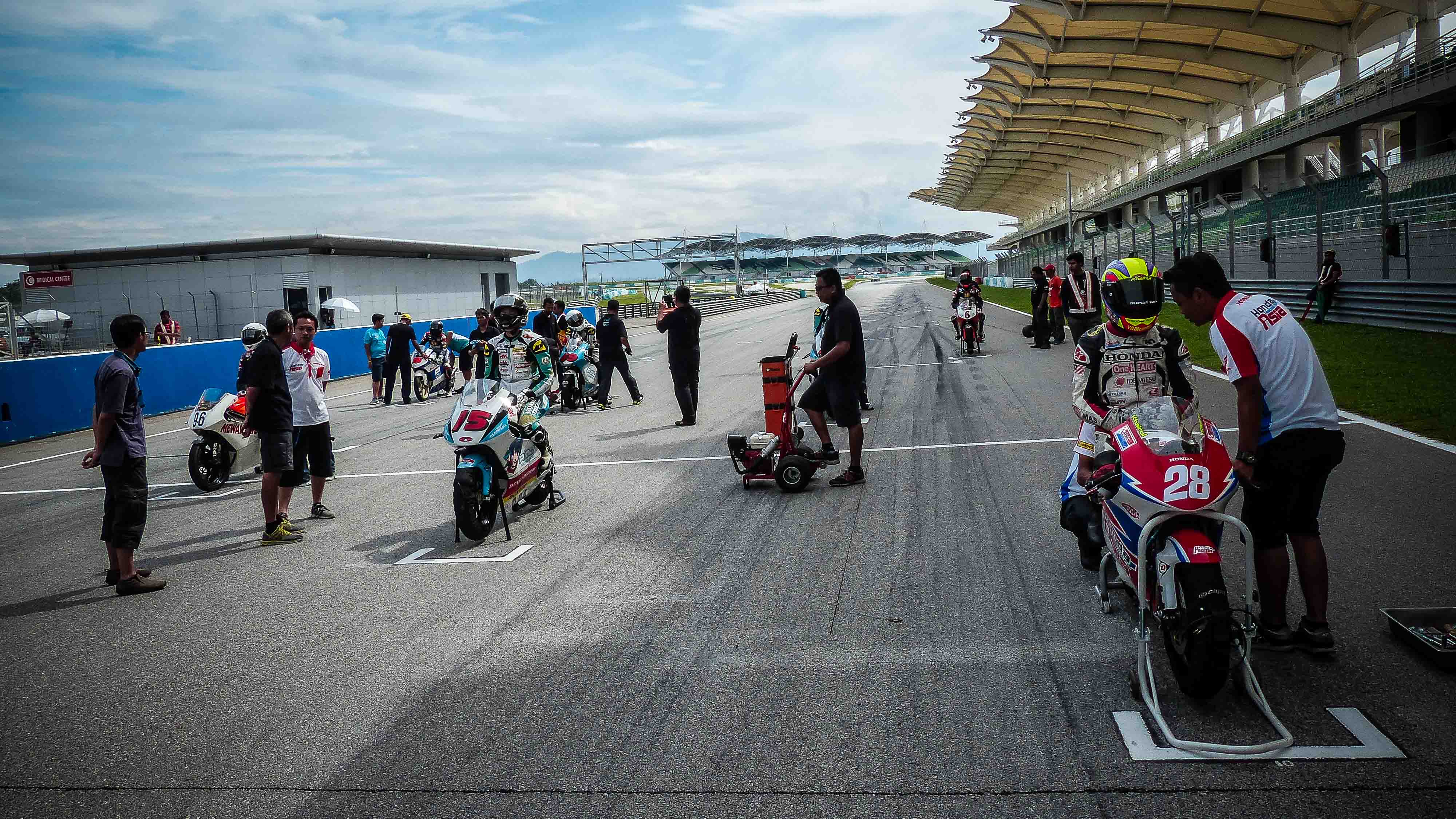