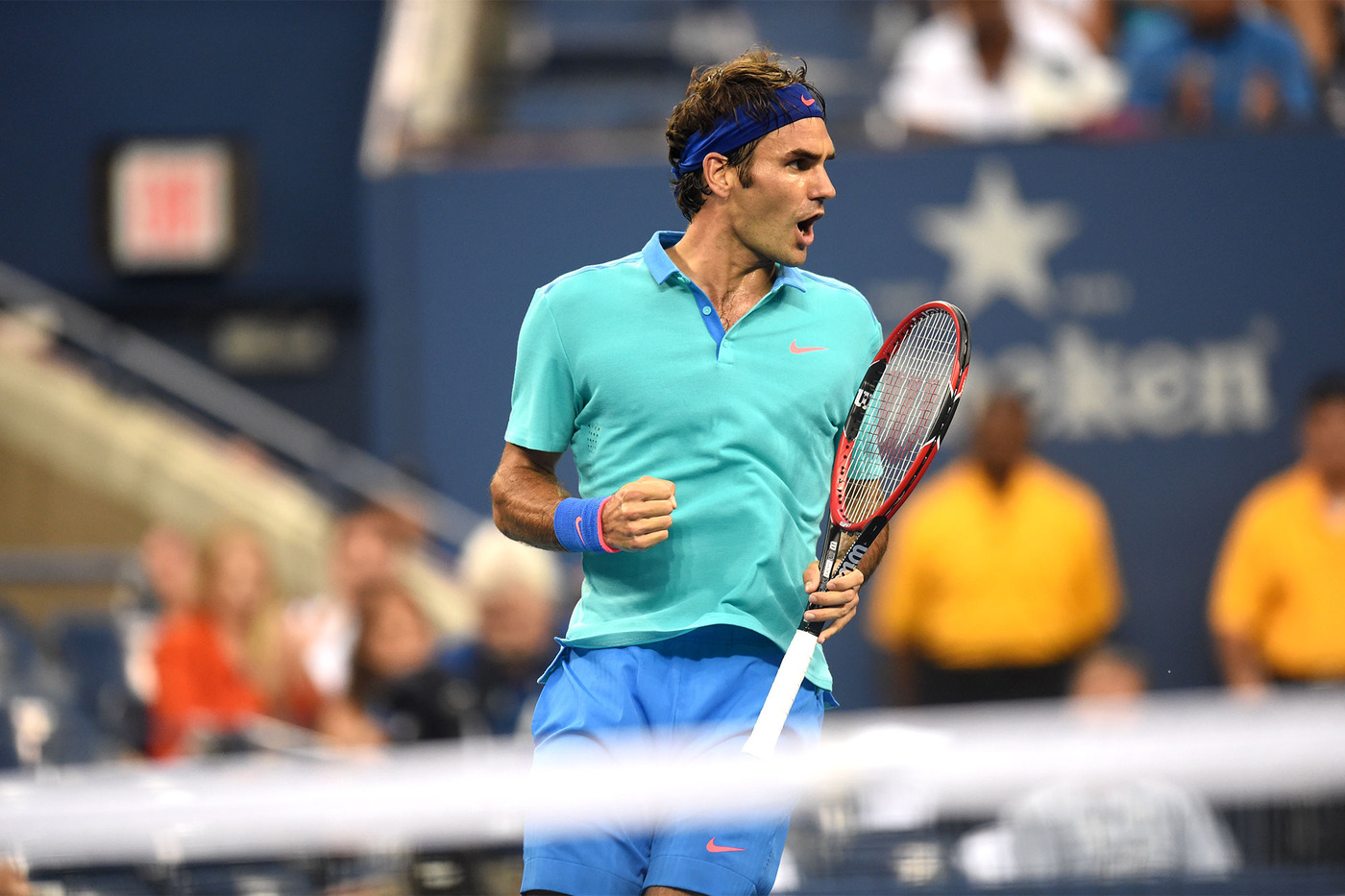 Five-time champion Roger Federer sat out a two-hour break for torrential rain to race into the US Open fourth round on Sunday on a stormy, humid New York day which saw David Ferrer crash to defeat.

Second-seeded Federer, the champion between 2004-2008, came back from a set down to defeat Spain’s Marcel Granollers 4-6, 6-1, 6-1, 6-1 by racing away with 20 of the last 24 games of the match which had been interrupted due to rain and the threat of lightning.

Federer, bidding to become the oldest Grand Slam champion in more than 40 years, clinched his 70th win at the tournament on the back of 57 winners and 13 aces.

But the 33-year-old had struggled in the first set where he slipped to 2-5 down against the world number 42 before he grasped welcome respite in the locker room to sit out the storm.

“It was a good match and I managed to turn it around as Marcel was on fire at the start,” said Federer.

“The break helped me and when I came back I played some great tennis. The conditions were windy and quick at the start but when we got back it was humid and that played in my favour.”

Federer will face Spain’s Roberto Bautista Agut for a place in the quarter-finals.

The 26th seeded Simon capitalised on the 52 unforced errors of the 32-year-old Ferrer, a semi-finalist in 2007 and 2012, who appeared to struggle physically towards the end of their third-round clash.

Simon was back in France for the birth of his second child while Cilic was serving out a doping ban.

The wiry 29-year-old Frenchman admitted he was delighted to have got the better of Ferrer against whom he had lost five times in six meetings.

“He destroyed me five times before,” said Simon, one of five Frenchmen to reach the third round.

“So I just tried to stay loose and relaxed and enjoy myself on court. But I am tired. The weather forecast said it would be cooler today but it didn’t feel like it.”

Czech sixth seed Tomas Berdych, a semi-finalist in 2012, beat Georgian-born Russian Teymuraz Gabashvili 6-3, 6-2, 6-4 and next plays Dominic Thiem of Austria, the youngest player in the top 50 at just 20.

Thiem, who turns 21 on Wednesday, reached his first Grand Slam last-16 with an impressive 6-4, 6-2, 6-3 win over left-handed serve-and-volleyer Feliciano Lopez of Spain who is 12 years his senior.

“It’s my first US Open. I love to play at night and everything went well tonight,” said Thiem.

Gael Monfils, the 20th seed, celebrated his 28th birthday a day early by sweeping past French Davis Cup teammate Richard Gasquet, the 12th seed, 6-4, 6-2, 6-2 despite his protests that the damp Louis Armstrong court was too treacherous to play on.

It was Monfils’ third win this year over his compatriot.

Monfils, who made the quarter-finals in 2010, will face Bulgarian seventh seed Grigor Dimitrov, who had never won a match in New York in three appearances before this year, who saw off Belgium’s David Goffin, 0-6, 6-3, 6-4, 6-1.