Home International Welcome to the US Open, the place that never shuts up 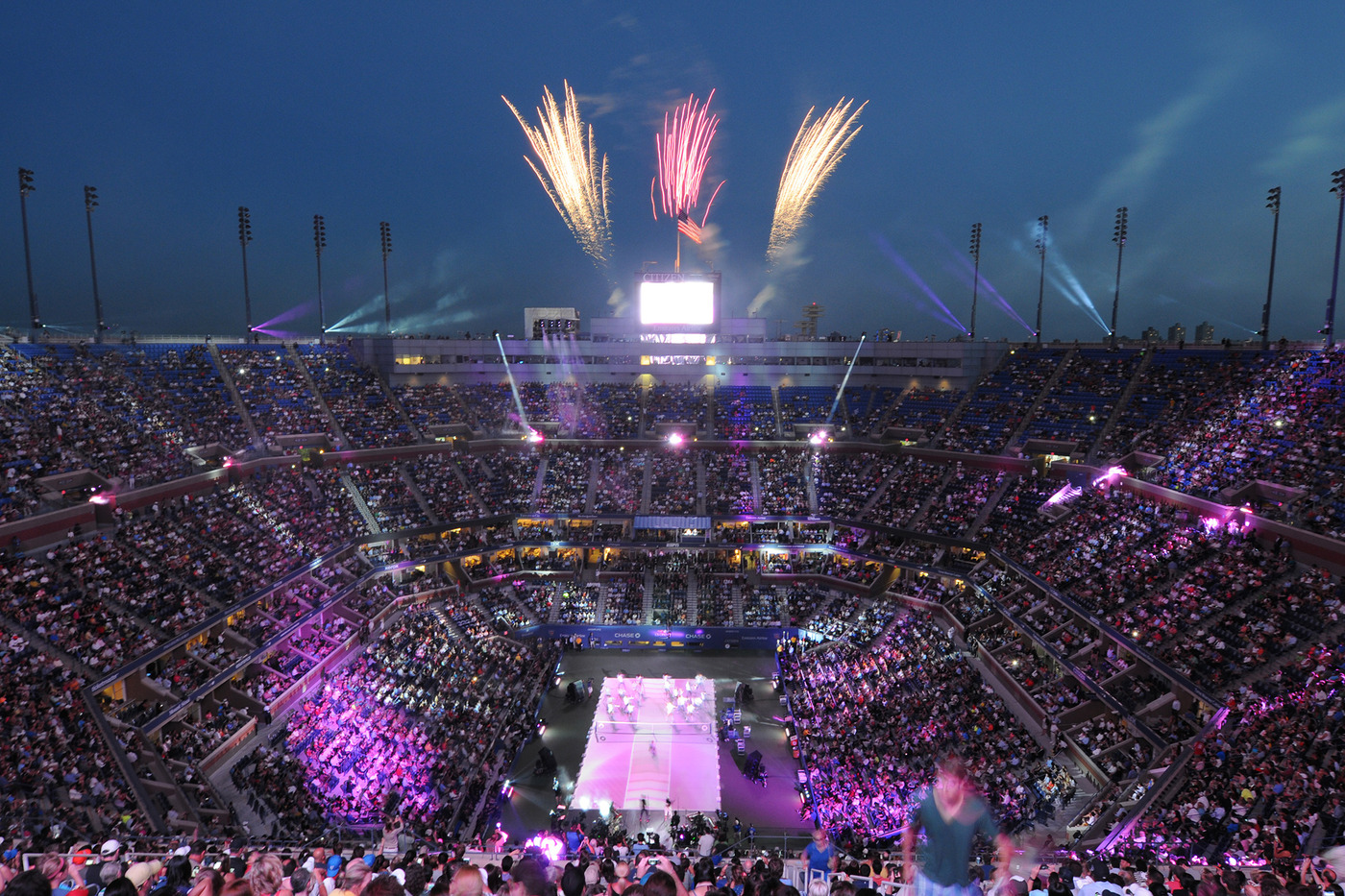 The US Open venue at Flushing Meadows, deep in the heart of Queens, is not for the faint-hearted, especially late at night inside the bear-pit of the Arthur Ashe Stadium.

Unlike the reverential silence of Wimbledon’s Centre Court, where players walk on and off unannounced into pristine, commercial-free surroundings, the 24,000-capacity Ashe arena is a riot of alcohol-fuelled noise.

Rock music blasts out during changeovers — Republica’s “Ready to Go” is a favourite anthem this year which cues bouts of impromptu dancing, be it from tuned-in teens courtside or beered-up dads up in the nosebleed seats.

“Thank you, we got the message,” said Portuguese umpire Carlos Ramos after a fan, not for the first time, proposed love and marriage to Maria Sharapova as the Russian toiled into the early hours of Saturday morning to see off Germany’s Sabine Lisicki.

“You can make as much noise as you like between the points but please be quiet when the players are ready,” he advised optimistically.

Some players thrive in the atmosphere; others crack.

Australian Open champion Stan Wawrinka told one fan to shut up during his first round win over Thomaz Bellucci which finished close to 1am.

“It was a South American fan. At the end of the day they start to get a little bit drunk. It was okay,” said the third seed. “I had to talk to few of them.”

When Sara Errani took down Venus Williams in the third round, the Italian pressed her finger to her lips in a gesture which appeared to be her way of telling the pro-Williams New York crowd to keep their opinions to themselves.

“I never heard the crowd so strong. I was shaking. I don’t know why I did that,” said the Italian who insisted that she still found the atmosphere thrilling.

The night-time atmosphere is spiced up by a succession of celebrities who dot the VIP areas — the first week brought in actors Alec Baldwin, Will Ferrell and Jim Caviezel as well as basketball superstar Michael Jordan.

And with their images constantly flashed up on the huge video screens inside the Ashe stadium, they are impossible for the players to avoid as they sit courtside.

Australia’s Marinko Matosevic, in a fruitless bid to derail Roger Federer, picked out Jordan and jokingly pleaded for his help.

Not all players have been comfortable at the US Open where thick skins are often as crucial as a solid serve and confident ground strokes.

Former world number one Ana Ivanovic admitted that in her early years she dreaded the annual hike out to Queen’s, the febrile atmosphere at odds with her placid demeanour.

“I was very introverted. I liked to spend my time with books. That’s who I was. That’s why only since few years ago I started loving New York. It’s about emotions, crowds, and embracing that moment,” she said.

Out on the sprawling 46.5-acre Flushing Meadows complex, enthusiasm often gets the better of spectators.

Italy’s Simone Bolelli saw a two sets lead over Tommy Robredo disappear on Court Seven — which sits in the shadow of a huge, bustling outdoors bar — when a fan screamed ‘out’ to a ball that was in.

The shout wasn’t over-ruled by the umpire and Bolelli’s game went to pieces.

Some of the interaction remains good-natured as Jelena Jankovic discovered when a fan demanded a photo of her mid-match.

“I love playing the US Open. It’s my favourite Grand Slam. I love the energy that this tournament has.”