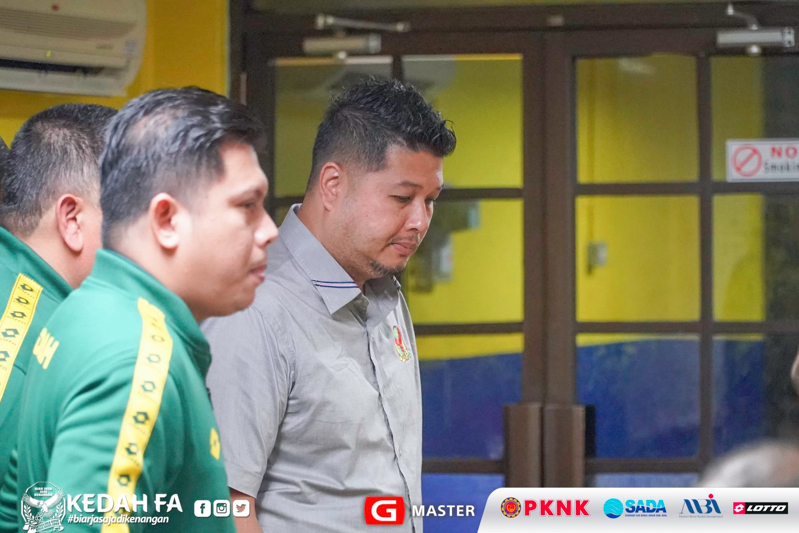 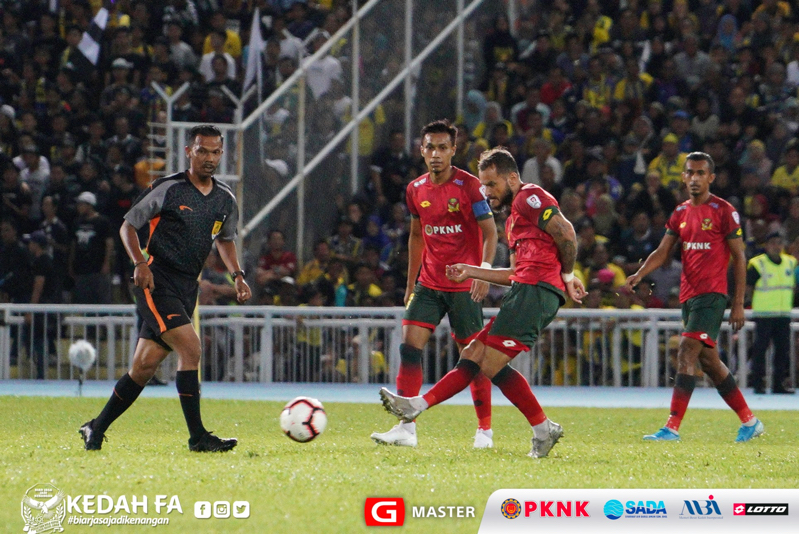 Kedah flew into Kuala Lumpur on Thursday in a private jet for this Saturday’s Malaysia Cup final against Johor Darul Takzim (JDT) with their Singaporean coach Aidil Sharin Sahak keeping mum on his team.

The football fraternity, especially Kedah supporters, are keen to know who will be the replacements for the suspended Brazilian Renan Alves and the tough-tackling Rizal Ghazali -both key pillars in the backline.

The duo will not feature in the final to serve a suspension for yellow card offenses but Aidil is not too worried about their absence. Instead, Sharin was quick to say “none of my players know if they will be in the team” when asked about the replacements for Alves and Rizal.

“We still have two days to go before the final and there is still time for me to pick my final team. I want my players to feel the hunger to win the Malaysia Cup,” said Sharin on his arrival with the team on Thursday.

“It will be a 50-50 final but I want my players to be fully focused. Don’t forget we are the FA Cup champions and the players must be hungry to win (the Malaysia Cup).”

In a repeat of the 2017 Malaysia Cup final, it is another battle between two footballing giants – Kedah from the north and Johor Darul Takzim from the south – setting the tone for an epic final at the National Stadium.

That was the year when the Southern Tigers roared to a 2-0 win to add the prestigious Malaysia Cup to their impressive haul of football titles in the country. Saturday’s final also gives the Red Eagles under Aidil the perfect venue for revenge.

More so when Kedah marched into the Malaysia Cup final after an epic battle against the much-touted Pahang in the two-leg semi-finals – advancing on away goals following a ding-dong battle in the return leg in Kuantan which ended in a 5-5 draw. The first leg in Alor Setar was also a stalemate with both teams tied at 3-3.

Kedah will be gunning its sixth Malaysia Cup title in 14 finals while JDT will be out to regain the prestigious silverware they won for the first time in 2017.

Teamwork, determination, commitment with their tremendous “never say die” spirit is Kedah’s hallmark against the star-studded JDT – the best football team in the country and winning their sixth consecutive Super League speaks of their consistency.

JDT, owned by Johor Regent HRH Brigadier General Tunku Ismail Ibni Sultan Ibrahim, has depth gives the Southern Tigers an early favorites tag against the Red Eagles. The Kedah outfit after their epic battles against Pahang in the semi-finals gives them hope.

It was at the National Stadium that Kedah carved out a 1-0 win over Perak in the FA Cup final on July 26 and with some 85,000 football fans expected for the Malaysia Cup final be prepared for another epic battle. RIZAL ABDULLAH