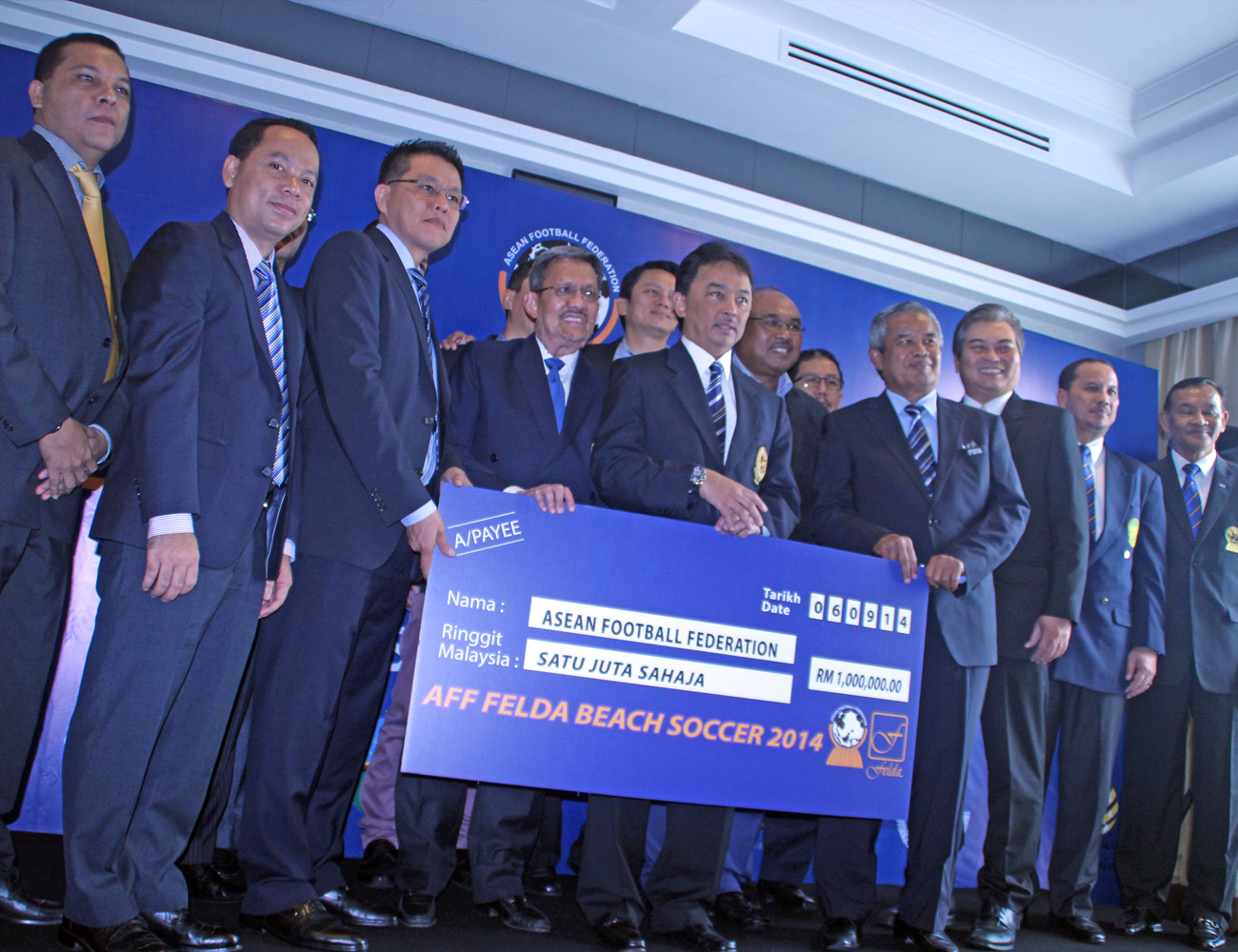 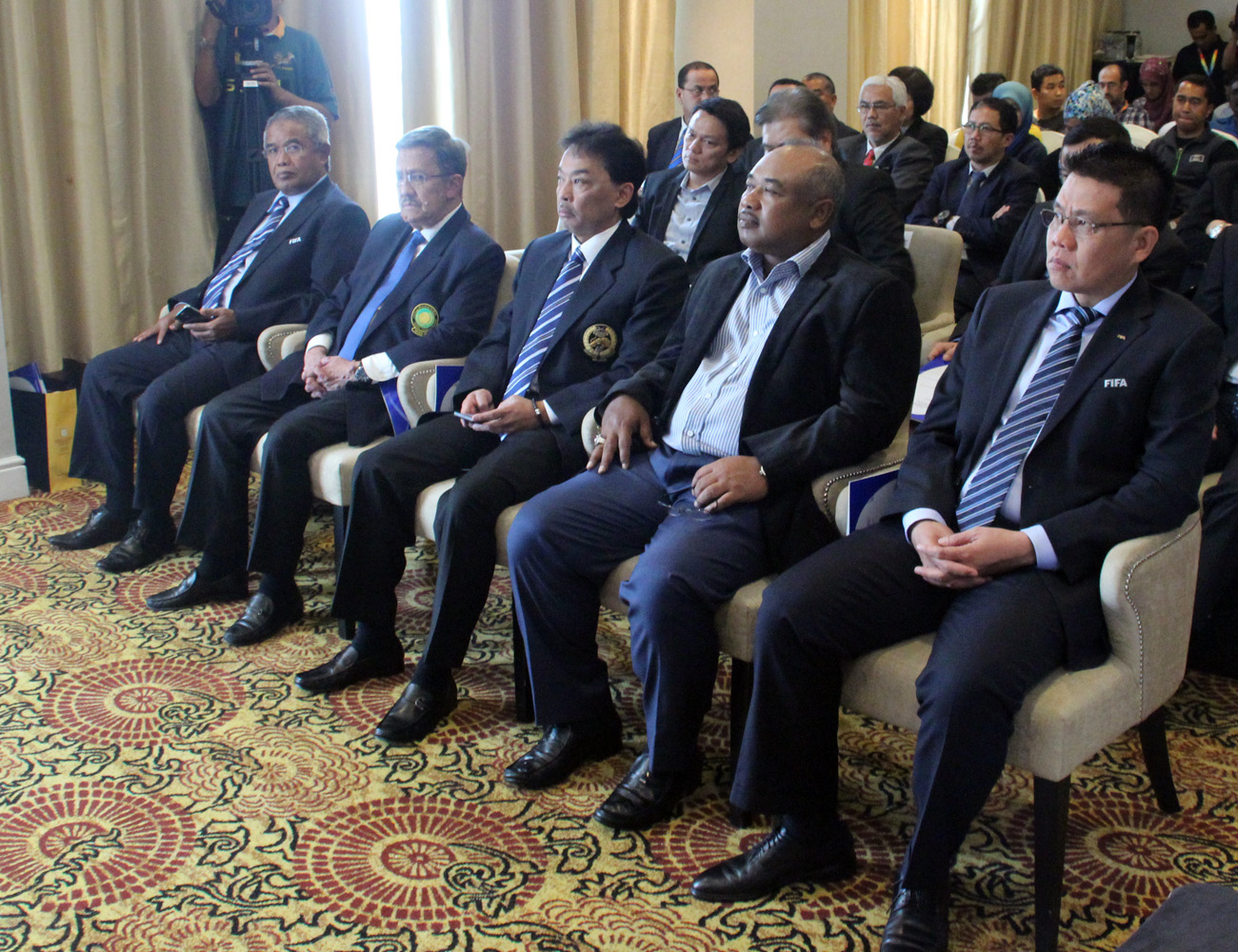 HRH Tengku Abdullah Sultan Haji Ahmad Shah, President of the FA of Malaysia (FAM),today officially launched the AFF FELDA Beach Soccer Championship which will be held for the very first time in Kuantan, Pahang from Oct 21-31 this year.

The inaugural beach soccer event is sponsored by Malaysia’s Federal Land Development Authority (FELDA) and organised by FAM, in collaboration with the Asean Football Federation (AFF).

“AFF is thrilled to add another important event to our calendar. Organising this inaugural championship however would not have been possible without the support and generosity of FELDA. We wish to register our deepest gratitude and thanks to FELDA for the sponsorship of RM1 million for this event. AFF would also like express our appreciation to FAM for their willingness to be the host.” 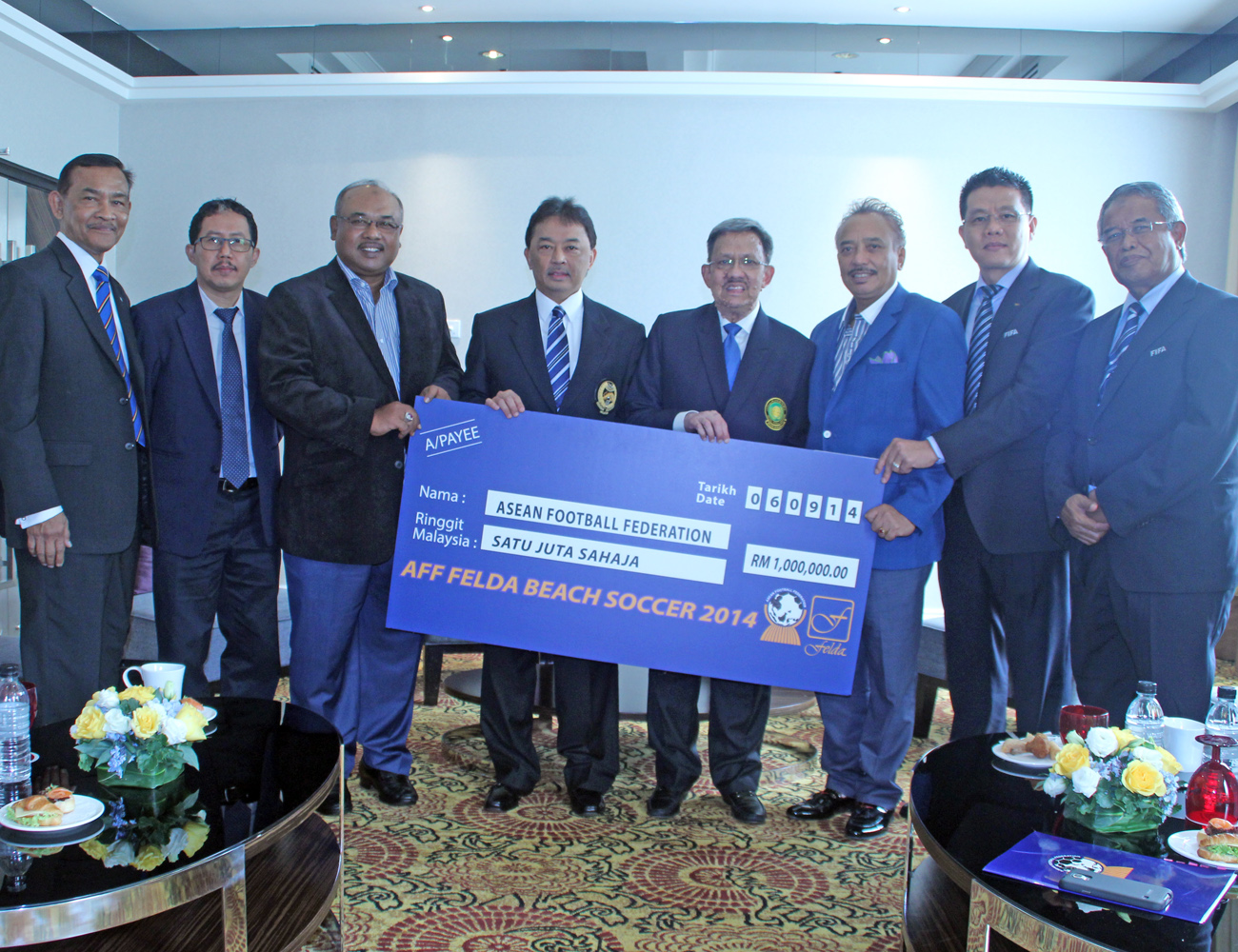 Datuk Azzuddin explained the decision behind organising the beach soccer championship. “The game acquired world status with a decade of FIFA taking over the running of the Beach Soccer World Championship in 2005. Aseanwill not be left lagging behind. AFF firmly believes Beach Soccer has huge growth potential within our region.”

“HRH Sultan Haji Ahmad Shah mooted the idea of having the beach soccer championship in Kuantan in view of the impending Asian Beach Soccer Championship, organised by the Asian Football Confederation, in April next year,” Datuk Azzuddin said.

Eight teams including hosts Malaysia and FELDA (Malaysia), are will battle for the inaugural honours next month. The six other teams who will be in action next month are Indonesia, Laos, Myanmar, Philippines, Thailand andVietnam.

Malaysia have been drawn in Philippines, Laos and Myanmar in Group B. FELDA will join Thailand, Indonesia and Vietnam in Group A.

AFF intends to make the beach soccer event a permanent fixture in their annual calendar of events. Apart from beach soccer, AFF also organizes the AFF Under-19, AFF Under-16, AFF Women’s and AFF Futsal competitions. The AFF Suzuki Cup is held every two years.