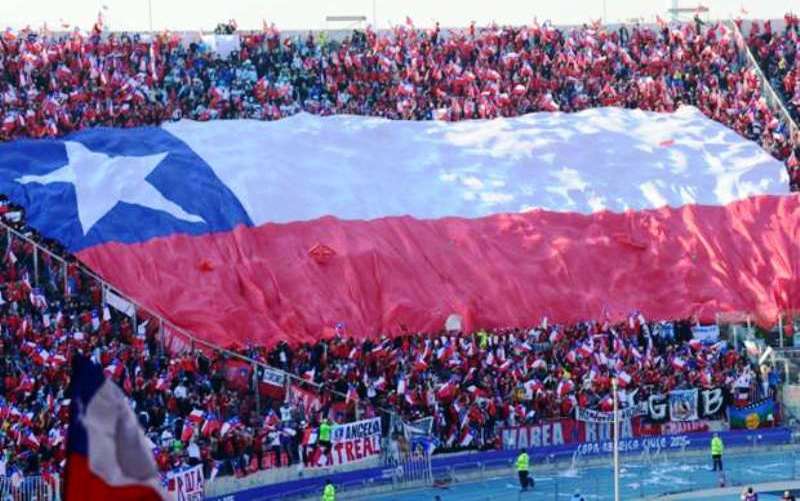 A fresh bout of homophobic chanting from fans at a Chile match has seen FIFA extend a home stadium ban on the continental champions to three games.

In May football’s world governing body slapped Chile with a ban on playing at its Estadio Nacional Julio Martinez Pradanos in Santiago for two matches over a previous charge of homophobic chanting from the terraces, forcing them to play at a different stadium.

The extra stadium ban will be served at the 2018 World Cup qualifying match home to Venezuela in March 2017.

But his side, the Copa America champions, are currently seventh in the South American qualifying group.