FIFA on Thursday revealed the salary of its disgraced ex-leader Sepp Blatter for the first time — $3.6 million in 2015 — and a $122 million loss as corruption scandals hit world football.

The tainted world body said it will dig into its estimated $1.5 billion reserves to cover the first loss since 2002.

Blatter always resisted publishing details of his compensation package during his 17-years in charge of FIFA.

But the 80-year-old is now serving a six-year ban for a suspect $2 million dollar payment to UEFA boss Michel Platini and the salary publication was promised as part of reforms as FIFA seeks to redeem its name.

Football faces an unprecedented corruption crisis with 39 individuals and two companies facing US charges over more than $200 million in bribes. Many of those charged are former top members of FIFA’s executive.

The last loss in 2002 also followed controversy as it was caused by the collapse of the ISL marketing company which had also been paid huge bribes to football officials.

FIFA blamed the loss on “expenses and higher competition costs” but also “unforeseen costs such as legal fees and costs for extraordinary meetings.”

FIFA has a four year accounting cycle. It makes about $5.5 billion in television and commercial deals between each World Cup. It has still set a revenue target of $5.65 billion for 2015-2018 and new president Gianni Infantino said he was optimistic for the future.

“With the recently approved reforms, I believe that we have turned a corner and that FIFA is poised to emerge stronger than ever,” he said. – Agence France-Presse 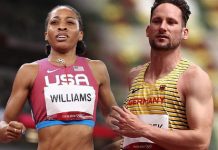