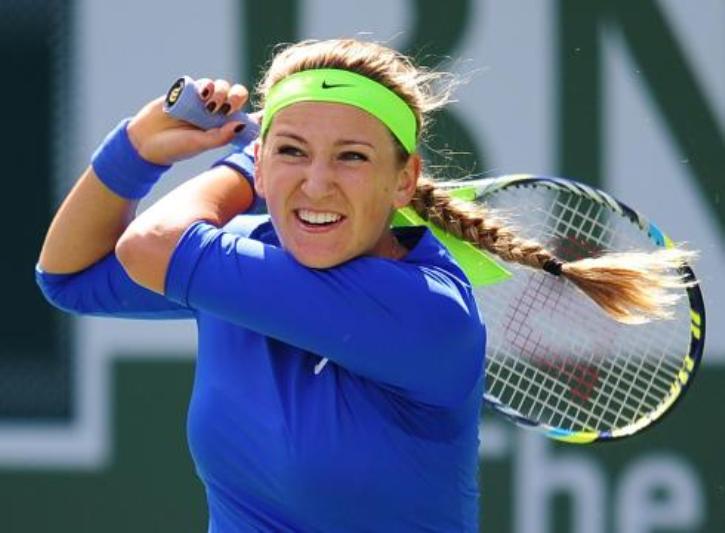 Two-time Grand Slam winner Azarenka is also a former champion in the joint WTA and ATP Tour tournament, taking the title in 2012 when she beat Maria Sharapova.

“I started well. I was really aggressive,” said Azarenka, who reached the Australian Open quarter-finals this year. “The start was the key for me.”

There have been nine women’s draw double bagels in Indian Wells’ history but Sharapova was involved in the most noteworthy when she was slammed 6-0, 6-0 by Lindsay Davenport in the semi-finals of the 2005 tournament.

Sharapova did not take part this year because of a failed drug test and is awaiting a possible suspension from the WTA Tour.

It is the first double bagel in Indian Wells since 2014 when Poland’s Agnieszka Radwanska hammered Annika Beck in the round of 32.

Only two of the top 12 seeds on the women’s side of the draw have reached the semi-finals — number one Serena Williams and number three Radwanska.

Two-time winner Williams is the only other former Indian Wells champion still in contention.

Rybarikova had to take an injury time out for a right leg problem in the second set and played the remainder of the match with the injury heavily bandaged.

“She wasn’t feeling really well,” Azarenka said of her opponent.

Azarenka advances to face 18th-seeded Karolina Pliskova, who beat Azarenka in their most recent encounter last year in Brisbane, Australia.

Daria Kasatkina’s surprising run at Indian Wells came to an abrupt halt when she was humbled 6-3, 6-2 by Czech Pliskova earlier Thursday.

Pliskova needed a little over an hour to oust the 18-year-old Russian, the lone teen to reach the quarters.

“It was one of the best matches that I played here so far,” said Pliskova.

Pliskova, ranked 19th in the world, said the more she plays the better she gets. She is looking to not only go further at Indian Wells but boost her world ranking this week.

“It’s important during the next tournaments that I have few matches behind me,” she said.

“I think I played some good tennis this week. I have chances to go and improve the ranking and get close to the top 10 again.”

Azarenka said she is looking forward to facing Pliskova.

“We haven’t play in awhile,” she said. “She has improved so much. It is an important matchup, especially since I lost the last time.” – Agence France-Presse