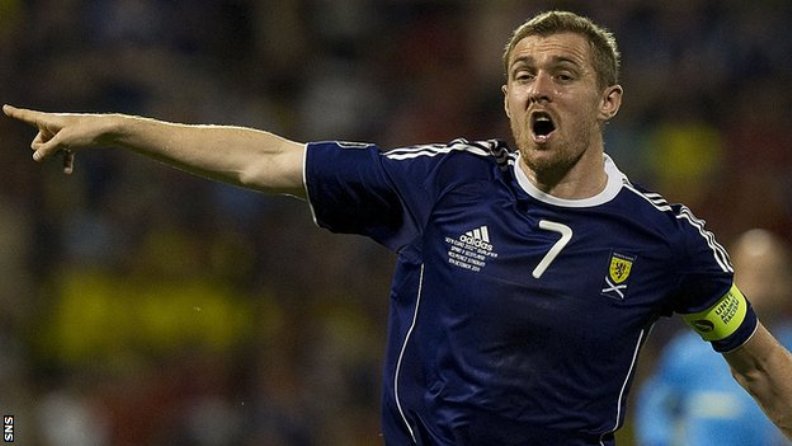 Scotland captain Darren Fletcher is hopeful that his team can spring a surprise when they take on world champions Germany in their opening European Championship qualifier on Sunday.

The Scots have yet to beat the hosts in six competitive games but they travelled to Dortmund’s Signal Iduna Park looking to extend a six-match unbeaten run.

The visitors will also draw confidence from the fact they won their last two away matches in qualifying for the 2014 World Cup in Croatia and Macedonia.

“We’re in a good place just now but it’s important that we do it when it counts,” Fletcher said. “We want to qualify for a major competition and it starts by trying to get a result tomorrow night.”

The Manchester United midfielder said Scotland had been working hard on what they could do to trouble Germany, who lost 4-2 to World Cup finalists Argentina in a friendly on Wednesday.

“You know you’re going to get 100 per cent from all the players who play but I think we’ve a bit more than that about us just now,” he said.

“I think that we’re going to try and be positive when we get the ball, try and create openings and attack.”

German captain Philipp Lahm, Lazio striker Miroslav Klose and Arsenal defender Per Mertesacker have all retired since this summer’s World Cup. But Fletcher feels those losses will not have a major impact on Joachim Loew’s side.

“I think the players they’ve lost are of great experience,” he said. “It can be a blow and it takes time for new players to come in and establish themselves in a team.

“But I think when we’re talking about the quality and strength in depth that Germany have, I don’t think it’s going to be as big a problem as you might think.”

The sides’ last competitive meeting was also played in Dortmund, when Germany won 2-1 in September 2003.

Scotland manager Gordon Strachan said he felt more confident about the trip than he would have before they played Croatia away.

“We’re in a good place at the moment,” he said. “We’re respectful. We understand how good they are but we’re happy with what we’ve been doing in the last year at least.”