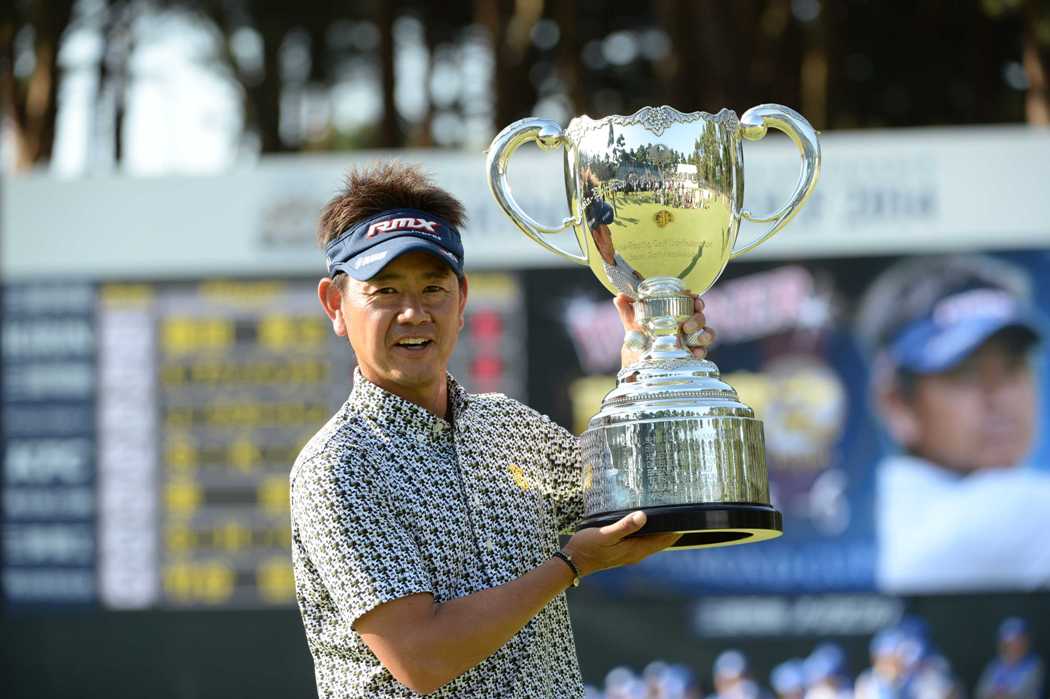 Japan’s Hiroyuki Fujita gave the home fans something to savour by carding a final round five-under-par 66 to win the 150 million Yen (approximately US$1.5 million) Asia-Pacific Open Golf Championship Diamond Cup on Sunday.

Fujita was clearly in his element when he shrugged off the challenges from the best players from the Asian Tour and Japan Golf Tour by trading six birdies against one bogey to emerge victorious with his four-day total of six-under-par 278.

Thailand’s Kiradech Aphibarnrat returned to his best form after a six-week injury layoff by signing for a flawless 67 to share second place with Korea’s S.K. Ho and Jason Knutzon of the United States.

Korea’s Baek Seuk-hyun carded a 69 to take tied-fifth place alongside compatriot Lee Kyoung-hoon and Japan’s Yoshitaka Takeya and Yoshinobu Tsukada at the Japanese showpiece which was staged at the Ohtone Country Club.

Starting the day four shots off the lead, Fujita came back quickly with an opening birdie before picking up further gains on holes six and nine.

He then surged to the top of the leaderboard with birdies on 11 and 15.

A bogey on the par-four 17 did little damage to his title ambitions as he recovered well to close with another birdie on 18 to win his 18th title on the Japan Golf Tour.

“This win is especially rewarding as it was against a top field that includes players from the Asian Tour. I saw lots of happy faces among the crowd too and I’m glad my victory made it a special day for them,” said Fujita of the crowd who came in droves to support their local heroes at the Ohtone Country Club.

Fujita, who topped the money list on the Japan Golf Tour in 2012, was delighted with his birdie blitz especially on his front-nine but after dropping his only shot of the day on 17, the Japanese knew he had to conjure something special to ease the pressure.

“That birdie on 18 was important as it gave me some breathing space especially with all the players chasing me down. I’m glad it was enough to give me a two-shot victory,” said Fujita.

Meanwhile Kiradech celebrated his comeback from injury with a performance he was proud of.

After rounds of 71, 72 and 70, the reigning Asian Tour Order of Merit champion saved the best for last when he battled back gallantly to enjoy his best result on the Asian Tour this season.

“I started off too slowly as I was still finding my way around. But today’s result is an indication of my ability to stage a fight back. My knee’s not completely healed as I still have some trouble with my swing. But it’s almost 80% there and I’ll get better,” added the Thai.

Knutzon flew under the radar and seemed poised to gate crash Fujita’s home party when he eagled 14 to take a share of the lead.

However disaster soon struck on 16 where he double-bogeyed and could not muster another challenge in his closing two holes to stage a comeback.

“I was using my three-wood all week there and it was okay. Today, there was a little more breeze coming in and I just hit a really bad shot which was very frustrating,” said Knutzon.

While it was not a grandstand finish that he had hoped for, Knutzon is confident he is can return to the winner’s circle soon, judging from the results of the recent winners from the region’s premier Tour.

“We have seen players like Prom (Meesawat) and Chapchai (Nirat) finally winning again after such a long time. And for me, it good to be playing well considering how tired I was coming into the week.

I thought I had a chance there but had a poor finish. Hopefully things will turn the corner,” said the American, whose last win on the Asian Tour came in 2007 in Bintan, Indonesia.

Leading scores after round 4 of the Asia-Pacific Open Championship Diamond Cup 2014 being played at the par 71, 7117 Yards Ohtone cC course (a- denotes amateur):