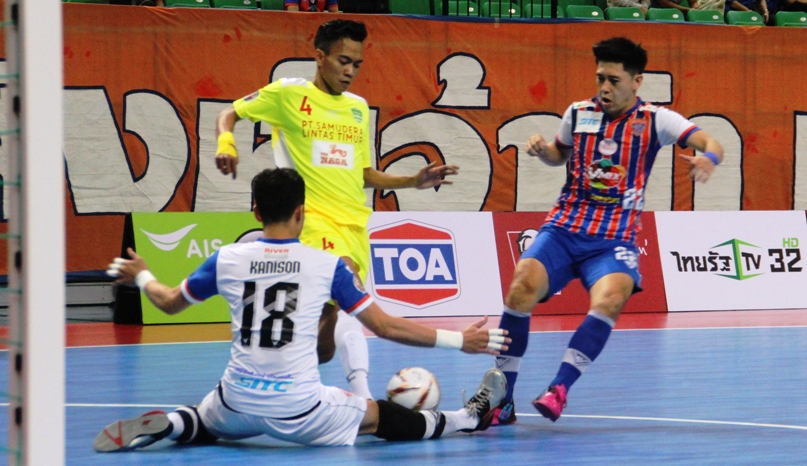 Defending champions Thaiport FC laid down the law in Group A of the AFF Futsal Club Invitational Championship when they romped to a 4-1 win over Permata Indah of Indonesia.

While Pyay United of Myanmar grabbed the lead in the group when they blasted Shah United of Brunei 8-1 in an earlier tie, it was the Thaiport-Permata Indah clash that was the highlight of the first day of competition.

The match was all even at the start before Anukul Mini found the opening for Thaiport to take the lead in the sixth minute as the game then went into higher gear soon after.

Permata Indah replied blow for blow but they just could not find the space for the equaliser as the scored stood to Thaiport’s advantage into the second half.

In the 26th minute, Sarawut Jaipech chested the ball down for veteran Lertchai  Issarasuwipakorn to slam in the second goal as Thaiport stretched to a 3-0 lead just two minutes later with Thiago Mendoca laying it up for Rattikun Plonghirun.

Thaiport then finished things off in the 34th minute with Mendoca making good off a corner from Sarawut.

Permata did manage to grab a consolation goal at the end through Andri Yana but it was too late for a revival as the 4-1 goal stayed to the end. 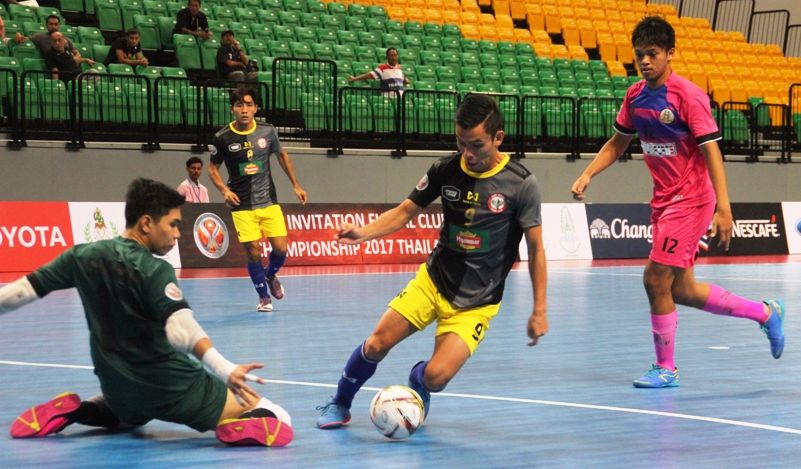 In the meantime in the battle of the newcomers, Pyay United ran over Shah United 8-1 to lead Group A.

Shah United tried to put up a brave front but in the end, Pyay United were just too skilful as Aung Zin Oo grabbed a personal best with six goals to his name.

Zin Oo found the back of the net in the 8th, 18th, 24th, 24th and 34th minute with the other goals coming off Nyein Min Soe in the 8th minute and Aung Kyaw Soe in the 29th minute.

Shah United’s only goal of the game came off Anton Nugroho in the 34th minute.