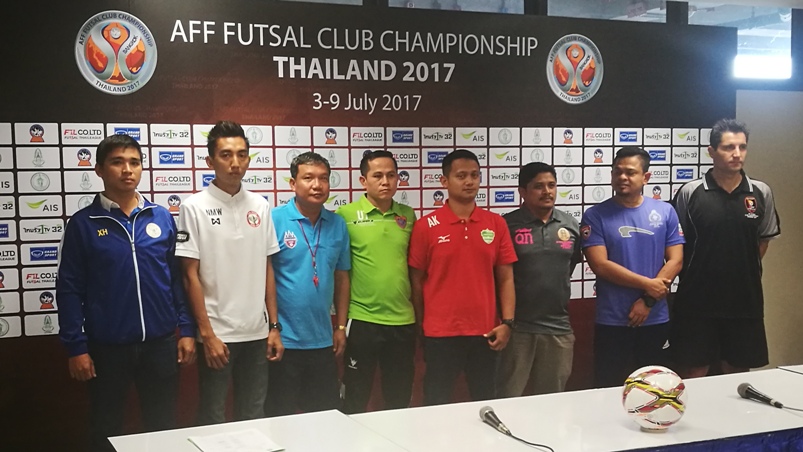 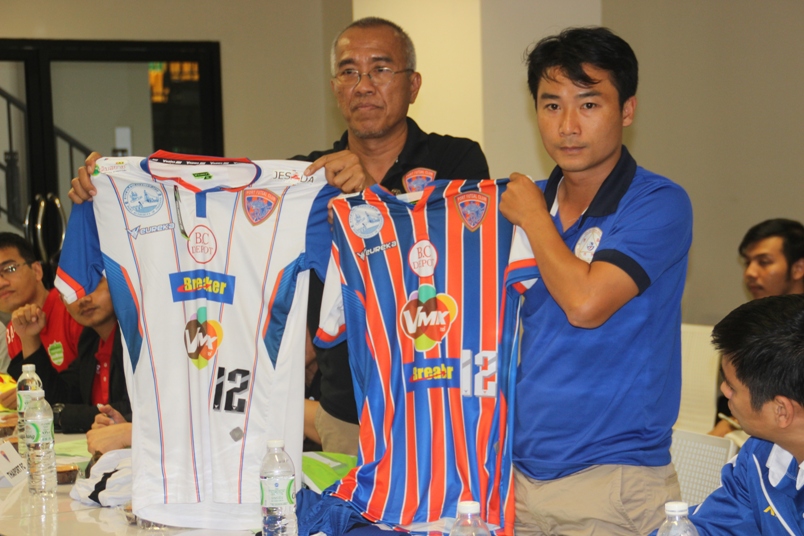 Heading into the start of the fourth edition of the AFF Futsal Club Invitational Championship 2017 tomorrow here in Bangkok, the question is whether there is any team capable of stopping Thaiport from another winning performance.

With an all men cast this time round for the AFF Futsal Club Championship, Thaiport seem poise to head into the Bangkok Arena tomorrow on confident mode with an eye on their third crown in a row.

IPC FC of Indonesia were the inaugural winners of the AFF Futsal Club meet back in 2014.

“Of course, it will be more competitive this time round as there are more teams taking part but we are confident,” said Thaiport head coach Udom Taveesuk.

“We are playing at home and as the defending champions, we have to do it in front of our home fans. We must win the first three points tomorrow (against Permata Indah).”

Permata Indah of Indonesia are making their first ever appearance in the AFF Futsal Club and given the development of Futsal back home, they feel that they have everything to show for in a league which is one of the most competitive in the region.

“We are looking at a good performance even though our preparation has not been all that great,” said Permata Indah head coach Arif Kurniawan.

“We saw Thaiport (their first opponent tomorrow) on video and they have some good foreign players. Obviously, we have to be extra careful of them.”

But before Permata Indah will entertain Thaiport in the evening, the other two teams from Group A will have to do battle and to set the tone with debutants Shah United of Brunei taking on Myanmar’s Pyay United.

“This is our first time overseas and really, it is a dream come true for us to be playing here,” said Myanmar team manager Myo Win.

“We want to be in the semi-finals but we are up against some tough teams. I just hope that we can give a good account of ourselves.”

Added Shah United’s Khaier Shukri Lazim: “this is also our first time here but I hope that from the experience which we have gained from the Brunei Futsal League, it will help us to be better.

“We have to two import players (from Indonesia) and I believe they will make all the difference.” 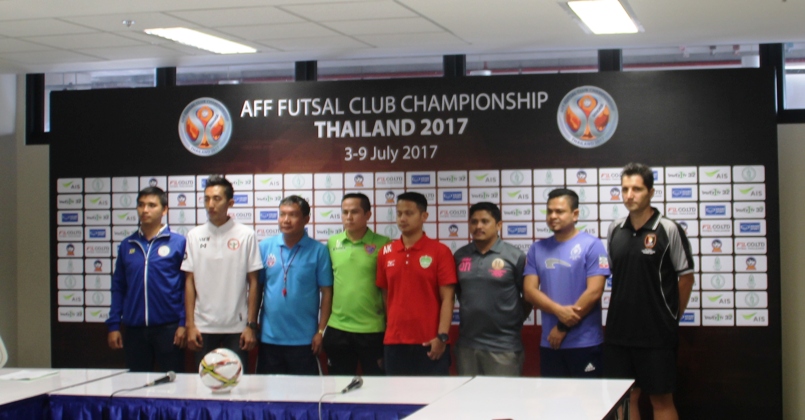 While the battle in Group A will be close, it is no difference in Group B with Australia’s East Coast Heat FC, Sana Khanh Hoa FC from Vietnam, Melaka from Malaysia and also Laos’ Vientiane Capital FC.

“The bulk of the players are still there but we are missing two or three players due to work commitment,” said East Coast Heat team manager Bobby Mazevski.

“We did not have much of game time although we have been preparing the team for the last three to four weeks.”

The last time East Coast Heat took part in the AFF Futsal Club championship was back in 2015 when they came in fourth while Sana Khanh Hoa failed to make the cut into the semi-finals the same year.

“This is our second time in this competition but we have not had as good a preparation as we would like,” added Sana Khanh Hoa’s head coach Nguyen Xuan Huy.

“The Futsal League just ended so we did not have the time to work on fitness or conditioning.”

Both Melaka and also Vientiane Cap.ital are making their debut this year

“We have been working hard to prepare this team, all the way to before the Eid celebration,” said Melaka head coach Isa Rahim.

“It is an important tournament for us, so we hope to make an impact.”

“It is a new team for us, so this is a good tournament to gauge our level,” said Vientiane head coach Sysaveuy Sysanasy.

“Good chance to lay the foundation for the future.”