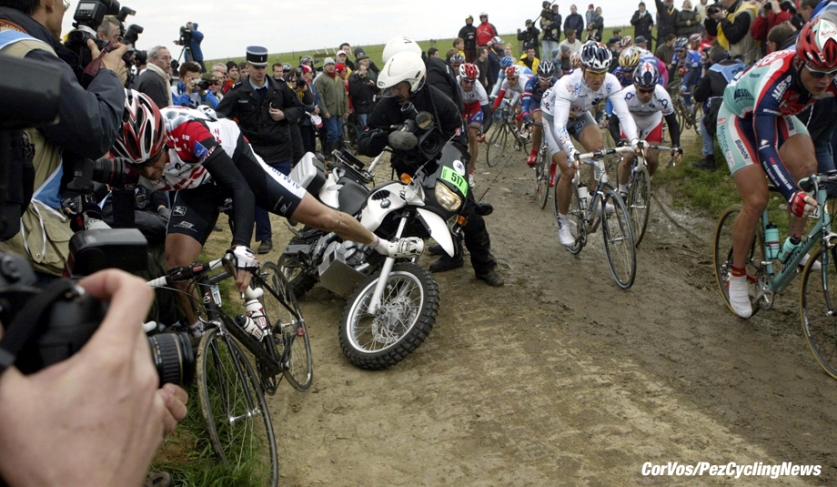 A group of German riders led by Tony Martin and Marcel Kittel have published a paper demanding safety changes in cycling.

But time-trial specialist Martin complained that organisers of major cycling events such as the Tour de France haven’t taken the suggestions on board.

“I thought some of the suggestions would be implemented at the Criterium du Dauphine (in June) but I’m disappointed that they weren’t,” he told German newspaper Bild.

The Dauphine and Tour are organised by the same company, ASO.

One of the main points of the German paper is a request to replace motorbikes that follow races with mopeds.

“There’s a big difference between 300kg falling on you and 150kg,” said Martin.

Another suggestion is to signal traffic islands in the road with coloured balloons at a height of three metres.

Currently, a policeman holding a flag is positioned in front of the hazards.

Martin and his colleagues want motorbikes to be banned from overtaking riders, instead being diverted off the course and taking another route in order to get around the bunch.

Kittel wants the neutralised zone at the end of sprint stages extended from 3km to 5km from the finish.

The neutralised zone is the area in which a rider will not face a time penalty even if he’s involved in a crash or suffers a mechanical problem.

It means that he will get the same time as the group with which he reached the neutral zone, even if he rolls over the finish line some time later due to a problem.

The theory is to keep non-sprinters and the teams of non-sprinters out of the way so the fast men can challenge for victory unencumbered.

Kittel also wants only large boulevards to host sprint finishes with no downhills, no traffic islands and no tight streets.

“All the time there are traffic islands in the last kilometre of the stage,” he complained during the ongoing Tour de France.

“It’s impossible to take your sprint train with you. None of the five or six sprint teams can use their train until the finish line.

“You’re afraid, at one moment you think you have the chance to win and the next you’re in the barriers and everything’s over.”

Kittel has won only one sprint finish so far at the Tour while his British rival Mark Cavendish has claimed three victories.

Many sprinters have complained the sprints were chaotic and even frightening, but they proved exciting for viewers. – Agence France-Presse