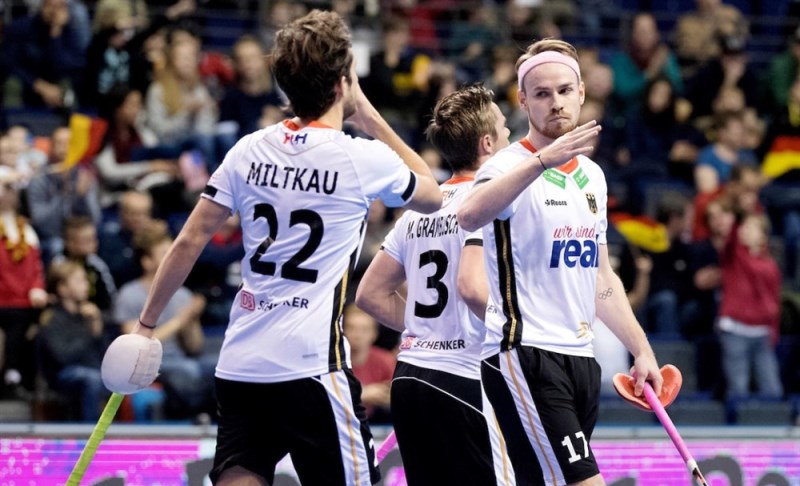 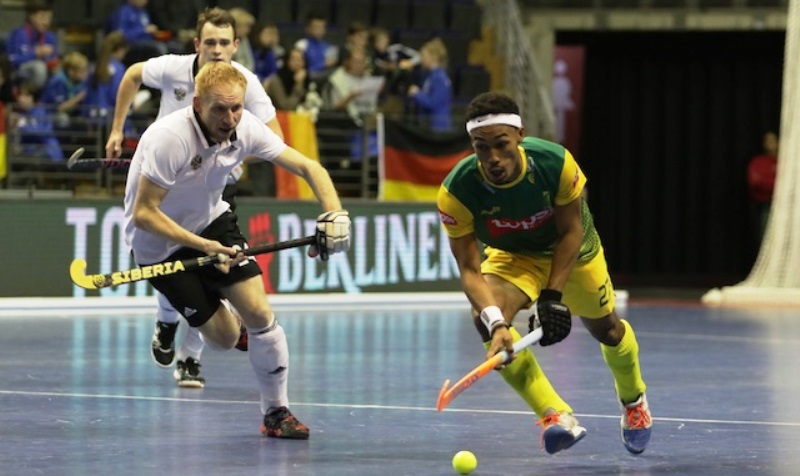 Iran remain undefeated after a win and a draw

The second day of action at the Max-Schmeling-Halle, Berlin, saw Germany extend their lead at the top of Pool A and maintain their unbeaten record at this event. There were first wins of the competition for Belgium and Trinidad & Tobago.

Austria (FIH Hero Indoor World Ranking:2) also maintained their unbeaten status – with three wins and a draw – moving to the top of Pool B. The team’s 8-4 demolition of Russia (WR:4) included a classy display from Michael Korper who scored four goals in the match.

It wasn’t all plain sailing for the world number one team on the second day of indoor hockey action. In Germany’s opening game they were hard pushed by the Czech Republic (WR:6) who led for large periods of the match. In the final ten minutes, three goals in four minutes from Mats Grambusch helped Germany over the winning line.

In the host nation’s second match, Poland (WR:5) also pushed hard to breach the German defence and the 6-3 game was a real thriller that had the near-capacity crowd roaring their support. Germany had taken a 5-1 lead but Poland brought it back to 5-3 and there were some nervous minutes before Grambusch sealed the victory in the last minute of the game.

Poland might have been felled by Germany but earlier in the day they went on a goal-scoring spree when they fired 11 goals past Kazakhstan (WR:16). Four of the goals came from Tomasz Gorny as a shaky Kazakhstan defence gave him room to manoeuvre and the prolific player needed no second invitation.

The Czech Republic and Australia (WR:11) played out a match that was notable for its clash in playing styles. The Australians hustled their way up the pitch to take the lead twice, while the Czech Republic’s reaction was to play the ball patiently around until a scoring opportunity presented itself. Australia led the first half until the 20th minute, when Jakub Kyndl equalised with a thumping penalty corner. The same happened in the second half, with Australia taking the lead through Adam Seccull before Tomas Prochazka rattled home a penalty corner in the 40th minute.

The final Pool A match of Day Two was a 10-goal thriller between Kazakhstan and Trinidad & Tobago (WR:18). A hat-trick from Akim Toussaint was one of the highlights of this entertaining match. Speaking after the game, which they won 6-4, Toussaint said his team needed to show more consistency if they were to be competitive on the global stage. “We start well but all too often we let games slip away,” said the T&T star.

While Germany clearly top Pool A, the chasing teams are tightly packed. Day Two results leaves Czech Republic in second place ahead of Australia on goal difference and Poland one point behind in fourth place but the final fixtures of the pool stage could turn these placements on their heads. Trinidad & Tobago have kept their quarter-final hopes alive but by the slimmest of threads. For Kazakhstan the defeat ends their dream of reaching the quarter-finals on their debut at this event.

Likewise in Pool B: with one round of pool games to play, the pool remains wide open. Every team with the exception of South Africa, can still qualify for the quarter-finals after Belgium recorded their first win of the competition to reduce the gap between themselves, Switzerland and Russia.

Belgium (WR:16) struggled in their first game of the day as they fell to a 4-5 loss to Russia but they increased their chances of reaching the quarter-finals in their second game when they beat Switzerland 2-0. The result brought the Red Lions to within two points of Switzerland in Pool B, and the qualifying places all hangs on the final round of pool games.

Russia themselves had another mixed day. A solid performance against Belgium earned the Russians a valuable three points but a 4-8 loss to Austria later in the day saw the 2018 EuroHockey Indoor Champions move to the top of the table, clear of Iran in second place.

There was nothing to separate Iran (WR:7) and Austria (WR:2) as the two teams played out a highly entertaining 3-3 draw. This was an opportunity for three points that Austria will consider themselves to have lost as they were leading 3-2, having battled back from a deficit, only for Navid Taherirad to equalise with a diving deflection just three minutes from full-time.

Also struggling to compete are African continental champions, South Africa (WR:12). Yet to register a win, South Africa lost 3-1 to Switzerland and then succumbed to a 3-6 defeat at the hands of Iran. The result leaves them in sixth place in Pool B, still without a win and with no hope of qualifying for the quarter-finals. The result moves the unbeaten Iran to second in Pool B, two points clear of Russia in third and Switzerland in fourth.

The competition match schedule and all other official information for the event will be available on FIH.CH, with extended coverage coming via the FIH social media channels.
5th Indoor Hockey World Cup 2018