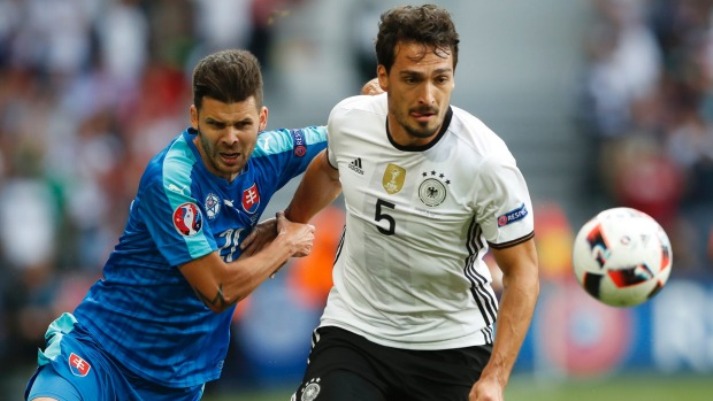 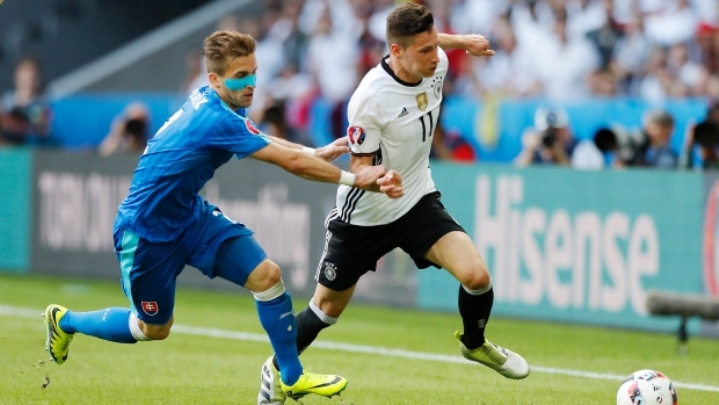 Germany defender Mats Hummels said they will use painful lessons, learnt from their Euro 2012 defeat to Italy, for Saturday’s quarter-final against the Azzurri.

The Italians humbled Germany 2-1 in the Warsaw semi-final four years ago when Mario Balotelli’s first-half goals fired them to the Euro 2012 final.

Germany face Antonio Conte’s Italy at Euro 2016 in Bordeaux chasing a first win over the Azzurri in a major tournament at the ninth attempt.

Hummels knows the onus falls on him and centre-back partner Jerome Boateng to shut down Italy’s attack while Germany are the only Euro 2016 quarter-finalists yet to concede a goal.

“We’ve learnt from 2012 that we can’t fall behind, or it will be brutally hard, because they are very flexible with their three or five-man defence,” said Hummels.

“I’d be very happy if we don’t go behind.

“Like us, Italy are a tournament team and it will be very difficult to beat them.”

Goalkeeper Manuel Neuer is unbeaten in his last five games dating back to a pre-Euro 2016 friendly win over Hungary, a Germany record.

It promises to be a busy afternoon against Italy for Hummels, Boateng and Neuer, who will be Bayern Munich team-mates next season, after Italy threw down a marker in their 2-0 last 16 win over Spain.

Despite beating Slovakia 3-0 in an impressive last 16 display, Germany coach Joachim Loew has said his side must improve across the board.

“Italy is not Slovakia and we realise that we’ll need to bring more to the table.”

Hummels explained how Germany’s water-tight defence in France is down to the whole team, not just their back four.

“We defend very high (up the pitch) and try to keep our opponent away from our goal by pressing them early,” he said.

“It’s a good balance for the whole team.” – Agence France-Presse