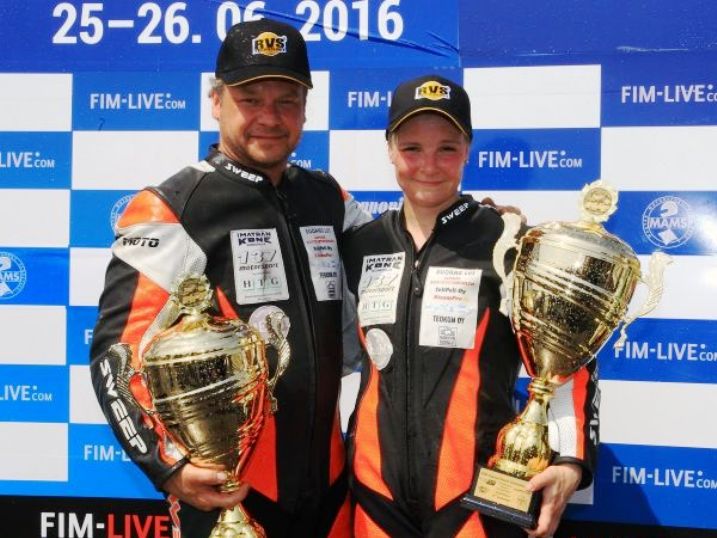 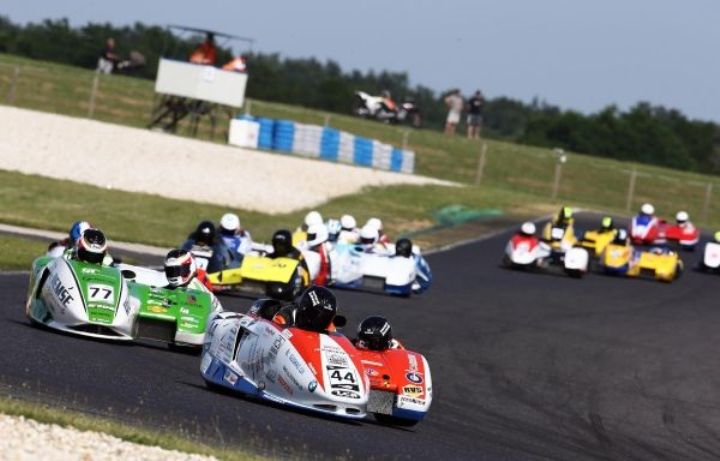 The BMW S 1000 RR rider also won both races of the Canadian Superbike Championship (CSBK) in St. Eustache (CA). Fellow BMW racer Ben Young (GB) joined him on the podium on both occasions. In the Superstock class of the British Superbike Championship (BSB STK) three BMW riders crossed the line in the top four, and Taylor MacKenzie (GB) continues to lead the championship with a clear advantage.

Courtesy of a win and a second place at the Pannonia-Ring (HU), they made an impressive jump from 21st place into the top three. Raffaele De Rosa (IT / STK1000) follows in fourth, Taylor MacKenzie (GB / BSB STK) improved to fifth and Jordan Szoke (CA / CSBK) climbed from 42nd up to sixth position (see full standings below).

The fans at the Hungarian Pannonia-Ring witnessed an historic moment last weekend. At the third round of the 2016 FIM Sidecar World Championship (SWC), Finnish BMW duo Pekka Päivärinta and Kirsi Kainulainen (44-Racing) celebrated victory in Saturday’s sprint race. This was a special success, as Kainulainen was the first woman ever to take a win in a world championship road race.

In Sunday’s gold race, the BMW duo finished second on the podium. With their results from the Hungarian weekend, they took the overall lead in the world championship classification with 101 points and an advantage of 18 points over their closest rival. In the BMW Motorrad Race Trophy, the “Flying Finns” improved from 21st to third place.

The German pairing of Mike Roscher and Anna Burkard (Roscher-Burkard Penz13 Racing) finished the two races in a strong fourth and sixth. The Pannonia-Ring was the halfway mark of the 2016 season, with now three race weekends being completed and three more to go. After a summer break, the action will resume in Assen (NL) in early August. 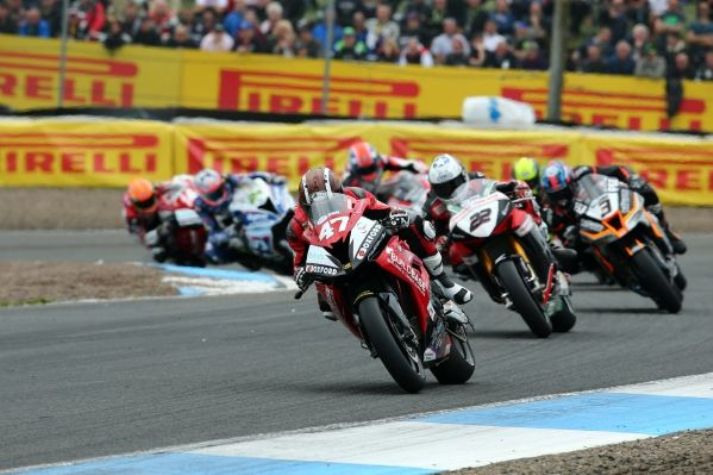 Knockhill (GB) in Scotland hosted the fourth round of the 2016 British Superbike Championship (BSB) last weekend. The BMW teams and the BMW Motorrad Motorsport experts had to deal with tricky conditions, especially in Sunday’s second Superbike race, when it was raining and many riders struggled with vision problems as their helmets were misting up.

In the Superstock class (BSB STK), three BMW riders crossed the line in the first four places. Taylor MacKenzie (GB / Buildbase BMW Motorrad) took the win. He, however, was given a three place penalty afterwards for overtaking under yellow flags and an unsafe manoeuvre, so was classified fourth.

Including last season, when he had a clean sweep with seven wins in seven races, Szoke has now won ten races in a row on his BMW S 1000 RR. In the championship standings, he extended his lead to 162 points with an advantage of 33 points. With his latest double win, Szoke also improved from 42nd to sixth place in the 2016 BMW Motorrad Race Trophy.

There was more reason to celebrate for the BWM Motorrad Motorsport community in St. Eustache, as Ben Young (GB / Ben Young Racing) also raced onto the podium on his BMW S 1000 RR in both heats, finishing third on both occasions. The strong result for the BMW riders was completed by Michael Leon (CA / Royal Distributing Racing Team), who was fifth in both races, and Samuel Trépanier (CA), who claimed two eighth places. 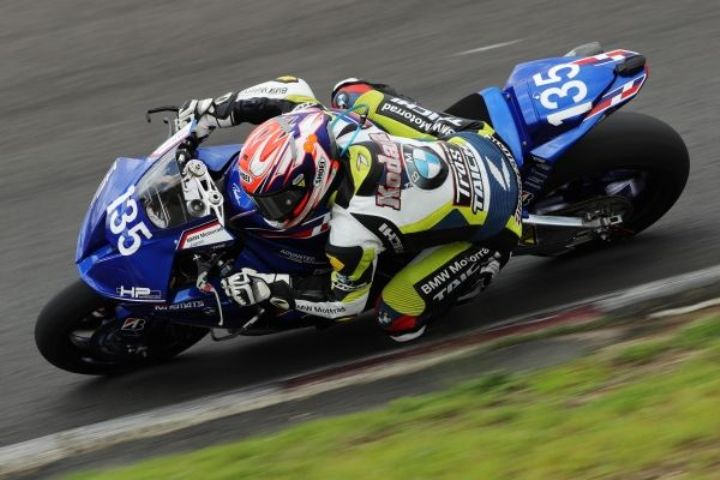 The MFJ Superbike All Japan Road Racing Championship (MFJ) visited Sugo (JP) last weekend to contest the “Sugo 120 Miles” endurance race. The teams could compete with either one or two riders on their bikes. Daisaku Sakai (JP / Rosetta Motorrad39) was the best-placed BMW racer in the strong field that included factory teams from the Japanese manufacturers. He was 11th on his BMW S 1000 RR.