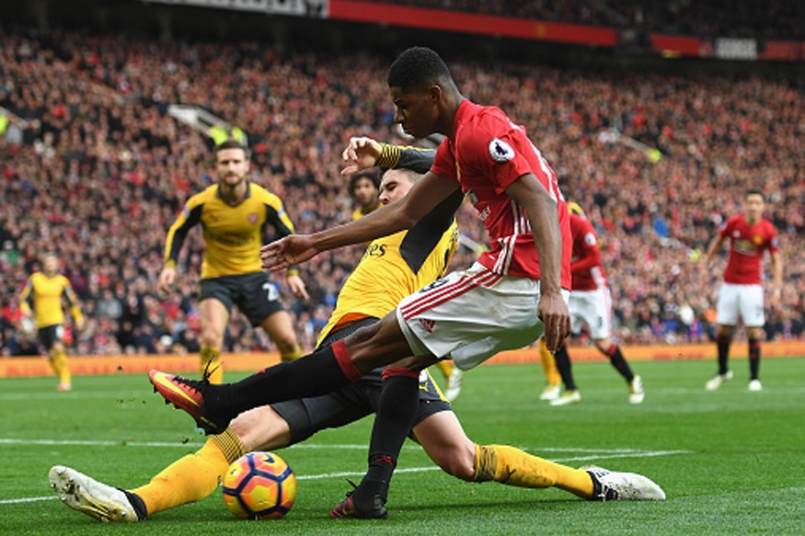 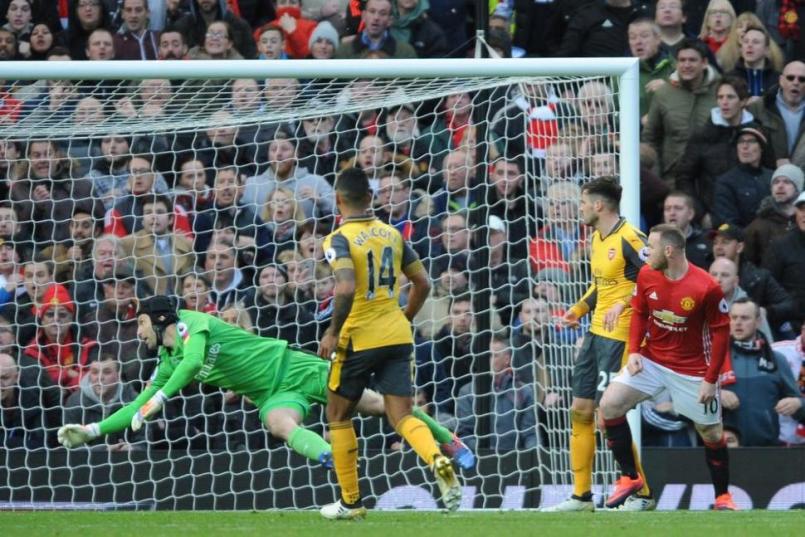 Substitute Olivier Giroud converted Arsenal’s first effort on target in the 89th minute to rescue a smash-and-grab 1-1 draw for Arsene Wenger’s side at Manchester United on Saturday.

Juan Mata’s 69th-minute strike looked to have earned Jose Mourinho’s United a much-needed win, only for Alex Oxlade-Chamberlain to tee up his fellow substitute Giroud for a last-gasp leveller.

The result preserved Arsenal’s six-point lead over sixth-place United, but left United falling even further behind the table leaders.

Arsenal remain without a league win at Old Trafford in 10 years and Wenger has still not beaten Mourinho in the league in 12 attempts.

But this was a draw that will have felt like a win for the Frenchman, particularly after Mourinho provocatively cited his 12-year wait for a league title in the build-up to the game.

Giroud’s goal, only his fourth of the season, extended Arsenal’s unbeaten run to 17 games in all competitions and left United with just two wins from their last nine league fixtures.

Mourinho, who shared an icy handshake with Wenger before and after the match, must now rouse his players for Thursday’s key Europa League home game with Feyenoord.

Alexis Sanchez came through a fitness check on a troublesome hamstring to boost Arsenal and he was his usual, buzzing self in the early stages, steering a header off-target from Theo Walcott’s flick-on.

But with Michael Carrick anchoring United’s midfield again and Antonio Valencia, back from a fractured arm, supplying drive from right-back, there was poise and purpose to the hosts’ football.

Carrick’s presence allowed Paul Pogba to get forward and he gave a glimpse of his ability by steamrollering Francis Coquelin and drilling a cross into the box that Arsenal managed to clear.

United felt they should have had a penalty in the 35th minute when Valencia nutmegged Nacho Monreal and then went down as the Spaniard leaned across him, but referee Andre Marriner said no.

Pogba then teed up Mata, who had earlier bent a free-kick wide, for a low shot that Petr Cech pushed around the post and the Arsenal goalkeeper also saved three times from Anthony Martial.

Arsenal did not register a shot of note in the first half, but as United’s momentum waned after half-time, Mourinho turned to his bench.

Wayne Rooney, aiming to redeem himself from late-night carousing while on England duty last weekend, and Daley Blind came on, with Martial and Matteo Darmian making way.

Slowly, United picked up the pace and with 21 minutes remaining they made the breakthrough.

Pogba’s pass sent Ander Herrera haring towards the byline on the right and from his cut-back, Spanish compatriot Mata arrived to send the ball past Cech with a sumptuously crisp side-foot effort.

Wenger introduced Giroud for Mohamed Elneny, which saw Sanchez, whose influence had dimmed, withdraw to the left flank, and Granit Xhaka also entered the fray.