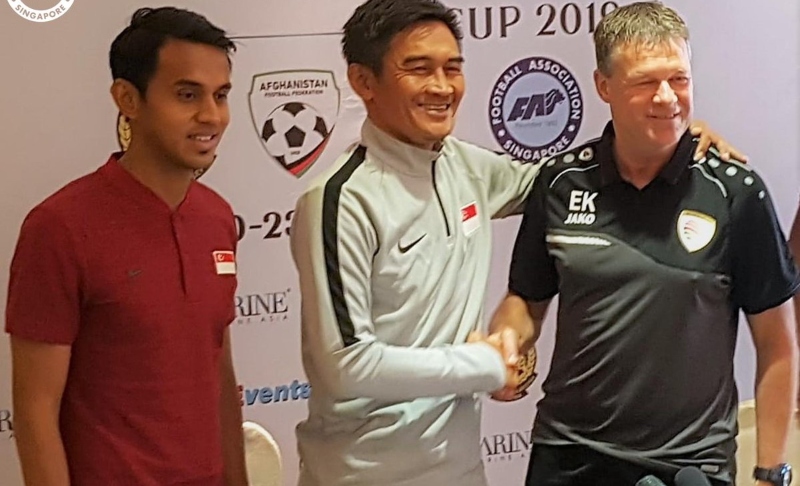 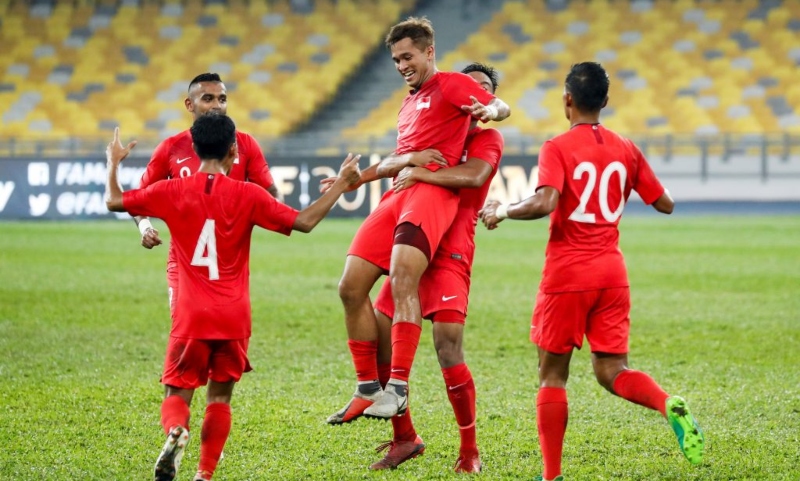 HE didn’t say in so many words but he proved over two international “A” matches that he deserves a right shot to be the next full-time-appointed Singapore football coach.

Nazri Nasir emphatically staked his claims in the Airmarine Cup final in Kuala Lumpur over the weekend where the 165-world-ranked Lions held world No 90 Oman to a 1-1 draw, before bowing out only on mandatory penalty-kicks.

The former Lions skipper, who is on the distinguished FIFA Century Club as ex-Lions skipper, showed he’s learning the art of man-management and rising up the football ladder to be an astute motivator, too.

“I told the players before the final as the underdogs – win or lose, I believe in you and I will take the blame,” says Nazri. “These boys fought all the way for me, they gave me 100 per cent against Asian-class Oman, who were 75 places above us in the FIFA world rankings“

“If you can win the hearts of the players, you are easily one-up in any sport. Man-management is especially very important in football.”

With the result that would count as a draw in the record books, the brave-hearted Lions managed to end a run of eight successive defeats to Oman. However, they will be a little disappointed not to return home without the trophy after having come so close to winning it in Kuala Lumpur. 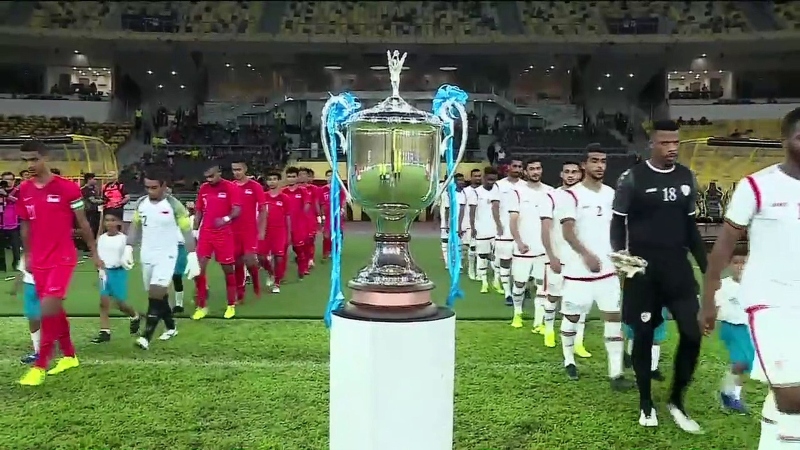 But Nazri, who was a defensive midfielder known for his combative, hard-running and ferocious tackling style. dares to be different, I must say.

He believes attacking is the best form of defence and armed with a clear plan for attacking football, unshakeable belief in his men and inspiring team talks, the Lions beat Malaysia 1-0 in the opening match and held fancied Oman in the final.

“I’m over the moon. I’m so proud of the boys,” he says in a fairytale-like David versus Goliath confrontation, which saw first-choice goalkeeper Izwan Mahbud (swollen foot) rested and captain Hariss Harun (groin strain) start the game on the bench.

“I’ve told you earlier that I believe in my team, right to the substitutes on the bench. Your real strength lies with the reserves, who can make the big difference in big matches because they can come in during the crucial late stages of any big match and turn the tables,” he adds.

“The Lions showed true character. At half-time (with Singapore trailing 1-0), I told them there are 45 minutes more. They can go out fighting or they can go out. They have nothing to lose. And looking at their reactions, I got the feeling that we will equalise.”

Oman, coached by the Dutch legend Erwin Koeman, the former Southampton and Everton assistant manager, predictably volleyed first at the Bukit Jalil Stadium in the 28th minute through Aziz Al Maqbali’s header from midfielder Raed Saleh’s cross. And a walk through the park seemed on the cards. But in the last minute of stoppage time, Lions substitute striker Khairul Nizam was brought down outside the box and earned a free-kick.

Several Lions crammed into Oman’s wall to make space for Zulfahmi Arifin to place the ball into the top corner for his first international goal. “Zul just picked his spot, he has a very natural left foot,” says Nazri in praising the Hougang United midfielder.

The 1-1 scoreline was like a dream-come-true and with no extra-time in this international tournament, it was straight to kicks from the penalty-mark. Safuwan Baharudin, Yasir Hanapi, Amirul Adli and Hariss all netted but Faris Ramli, Singapore’s fourth taker, crashed his effort against the bar while every Omani converted their kicks with perfection.

Koeman, who had less than a week before the tournament, praised the Lions: “They rose to the occasion although the gulf in standards was 75 FIFA-ranked places. In football, there can be no excuses, you have to win. We are here to win the cup, as simple as that. The expectations will be higher, but that’s normal everywhere. It’s good, as it will push the staff and players to do a little better.”

FAS Council Member Yakob Hashim and former international goalkeeper YakobHashim, who played in the 1984 Asian Cup, is absolute on giving Nazri the Lions job full-time. He says:  “I’ve said many times that a home-grown coach can do the job if he’s given the right support. It’s just not about Fandi (Ahmad) only. We must now further groom Nazri for the next chapter, by giving him more international exposure, too.”

Former Lions skipper Razali Saad, also a FAS Exco Council Member who skippered the Lions from  1986-88 with 53 ‘A’ international caps, agrees, too. He says: “The results over two matches in the Airmarine Cup say it all. Nazri had barely 48 hours to prepare this team and he proved that he can deliver at the international stage. Now is the time for FAS to really show the confidence in Singapore-bred former stalwarts to lead the team.”

For FAS President Lim Kia Tong, it’s the right time to show the real confidence in a home-grown prodigy and Nazri Nasir deserves to be given a contract to the next Lions coach instead of depending on some half-baked over-the-hill foreigners, without the slightest hint of Made-in-Singapore football culture.

Asked point-blank if he wanted the Lions job full-time, Nazri smiled and sheepishly said: “In football, everyone relishes bigger challenges. I’ve served the FAS diligently in any capacity given to me. I’ve been Fandi Ahmad’s assistant in recent years and ever prepared to get to the next step at the right time and right place.”

In my opinion, it will be a travesty if Nazri is not duly rewarded as he has delivered in a short space of time to show that he’s a genuine Lions-handler who has confidently remained unbeaten in both international games this year.

The FAS should send him for further overseas stints in Europe to garner more top-level exposure. I remember in 1990, along with Rafi Ali  and Sanizal Jamil, Nazri was sent for a two-month training stint with Czech club FC Nitra under the Goh Chok Tong Talent Scheme. He deserves more and the ball is now at the feet of FAS President Lim Kia Tong. – By Suresh Nair