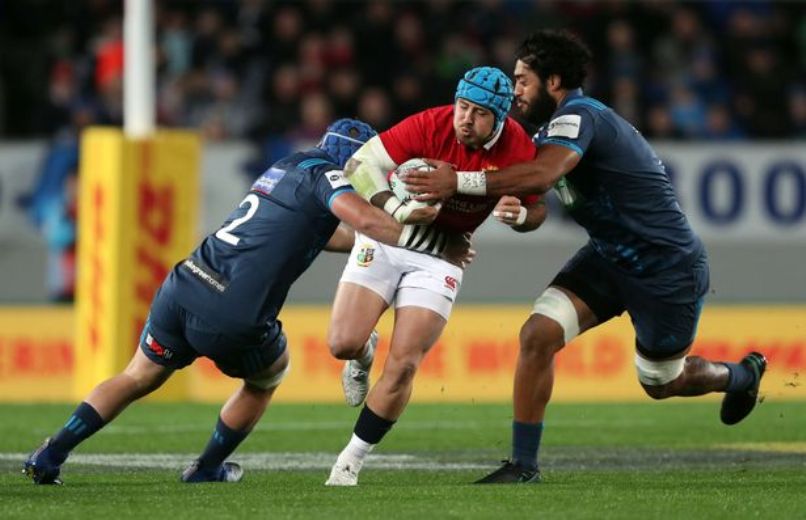 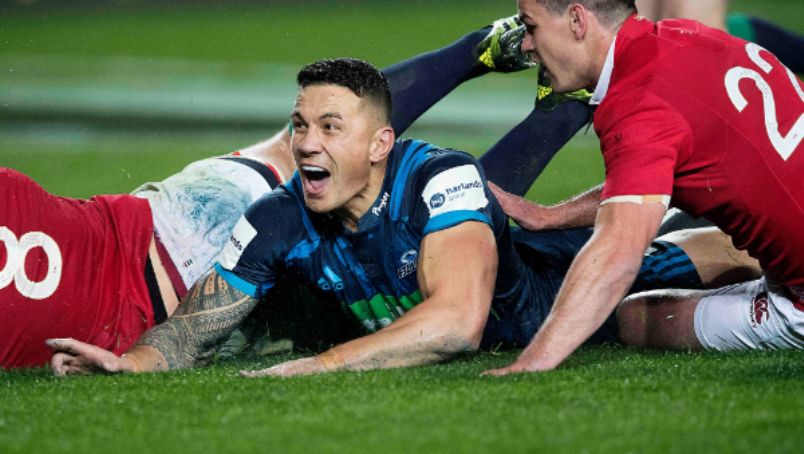 The tourists, especially in the forwards, were much improved on their lacklustre 13-7 win against the Provincial Barbarians but the backs struggled with the speed and cutting edge of the New Zealanders’ attacking game.

The Blues, who have the worst record this season of New Zealand’s five Super Rugby teams, scored three tries to one with the Lions needing three penalties and a conversion from the flawless boot of full-back Leigh Halfpenny to keep them in the match.

The tour will only get more difficult for coach Warren Gatland’s men, who face the table-topping, undefeated Canterbury Crusaders in Christchurch on Saturday.

Gatland said he was unfazed by the loss with his main focus on the three-Test series against the world champion All Blacks which begins on June 24.

“Having a really tough game is going to be great preparation for the Test matches,” he said.

– Lions must ‘be more clinical’ –
“I honestly don’t believe there’s going to be a massive amount of difference between some of the Super Rugby sides and the All Blacks because there’s so much depth in this country.”

The Lions conceded 13 penalties and Gatland said the lack of discipline halted his team’s momentum on attack and the Lions allowed the New Zealanders to offload too easily from the tackle.

All Blacks coach Steve Hansen watched from the stands and saw two-time World Cup winner Williams score a try and emphatically lay claim for a return to the All Blacks squad.

Blues winger Rieko Ioane also continued to press his case for selection with his seventh try in six matches.

Prior to kick-off, there was a minute’s silence to honour victims of the London terror attacks, then the Blues performed a haka specially commissioned for the occasion.

The Lions came out of the blocks hard, dominating possession creating early attacking opportunities. Jared Payne came close twice in the first half.

First he failed by a fingertip to catch up with the ball after a kick through, and later was just dragged into touch by Stephen Perofeta as he grounded in the corner.

Skipper Ken Owens said he was “hugely disappointed” that the Lions had failed to take more of their chances.

“I think we’re going to have to tidy up on our discipline and be a little bit more clinical,” the Welsh hooker admitted.

Blues fly-half Perofeta set up the opening try, turning the Lions defence with a cross-field kick then sending out a long-range pass to put Ioane through on the wing.

The tourists were patient in response and, after twice turning down a kickable penalties in favour of lineouts in the corner, were rewarded when Munster’s CJ Stander drove over.

Halfpenny converted and added a penalty to put the Lions 10-5 up before Williams sensationally stole the lead back on the stroke of half-time.

Perofeta’s penalty goal attempt struck the post and Williams was quickest to react as Lions winger Jack Nowell knocked the ball back behind his tryline under pressure.

– Lightning pace –
The former rugby league international darted between two defenders to get a hand on the ball first under the posts. Perofeta converted and suddenly the Blues were 12-10 ahead.

The Blues began to stretch the Lions’ defence after the break and the tourists’ task was made more difficult when replacement centre Liam Williams was sinbinned for dangerous play.

But the Lions worked their way tirelessly back into the game, drawing two penalties which Halfpenny kicked to edge the Lions into a slender 16-15 lead.

But Williams produced his moment of magic to seize the advantage back with six minutes remaining, breaking the line and offloading behind his back to West.

The replacement fly-half’s lightning pace took him through a gap, past four defenders and under the posts as he raised his finger in joyous celebration.

West kicked the conversion himself to make it 22-16 and despite the Lions throwing everything into attack during the final minutes they could not find a breakthrough. – Agence France-Presse