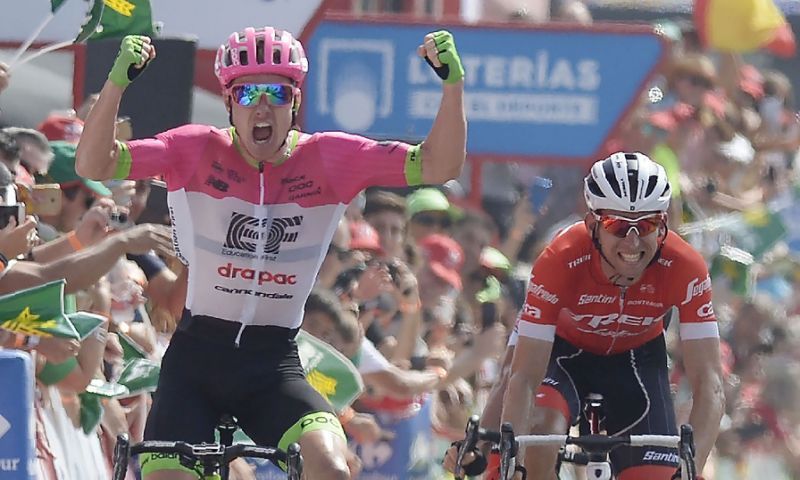 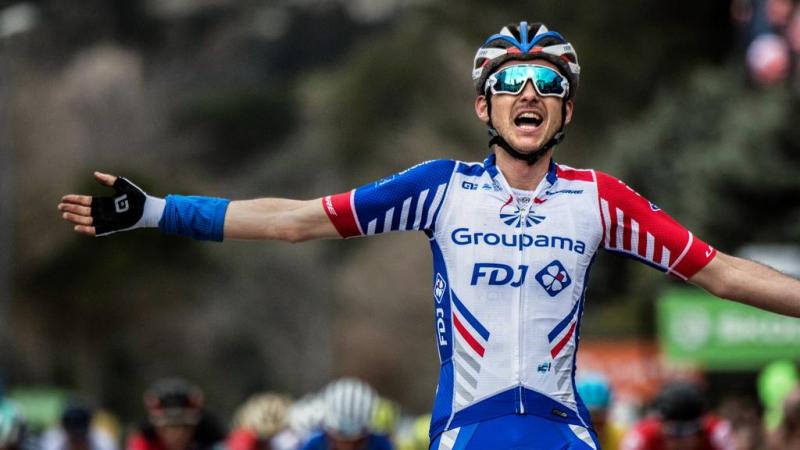 Australia’s Simon Clarke said he risked everything to clinch the fifth stage of the Vuelta on Wednesday after a long breakaway that also allowed ‘lucky’ Frenchman Rudy Molard to claim the overall leader’s red jersey.

The Pole now trails Molard by 1min 1sec, with Emanuel Buchmann third at 1min 08 and Britain’s Simon Yates is fourth at 1min 11sec.

“Luck smiled on me and here it is,” said the 26-year-old Molard pointing to his red jersey.

“It wasn’t my type of escape but I was there and I went for it and worked hard.”

Molard’s Groupama team leader, and one of the Vuelta favourites, French climber Thibaut Pinot was ecstatic.

“It’s so rare that a Frenchman has the lead in a Grand Tour, let alone one in our team,” he said.

“So we are going to protect this lead as long as we can hold on to it,” he promised.

“All our hard work is starting to pay dividends, we aren’t even on full form yet and we hope to be flying by the time Madrid is closing in,” he said with great enthusiasm.

“You have to be prepared to lose when you gamble on winning and I gave it all,” Clarke told Eurosport after the race.

“I was so worried about being caught from behind, but the final was a bit like track racing, and I grew up on the track,” he beamed.

Molard was in a group just 8 seconds behind the first three along with Italian Davide Villella (Astana) and Belgian Floris de Tier (Lotto NL).

Sky is aiming to complete a sweep of this year’s major tours with Kwiatkowski as one of their best hopes in the absence of Tour de France winner Geraint Thomas and Giro D’Italia champion Chris Froome.  – Agence France-Presse