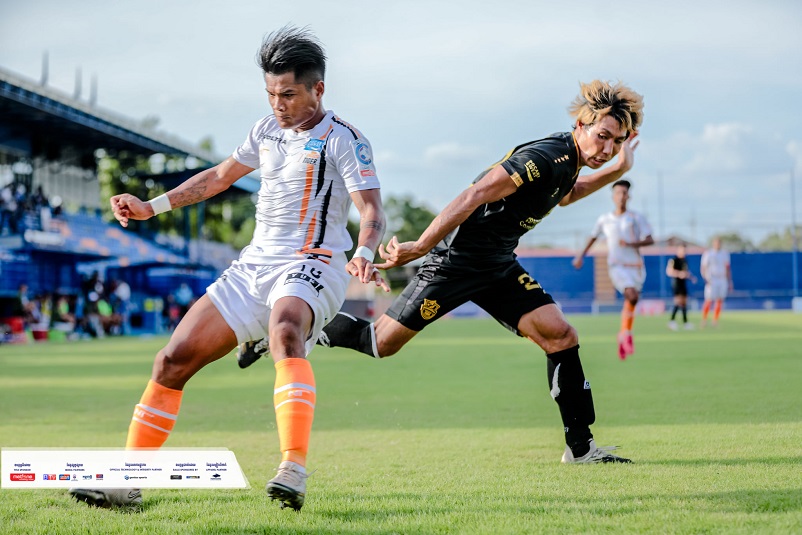 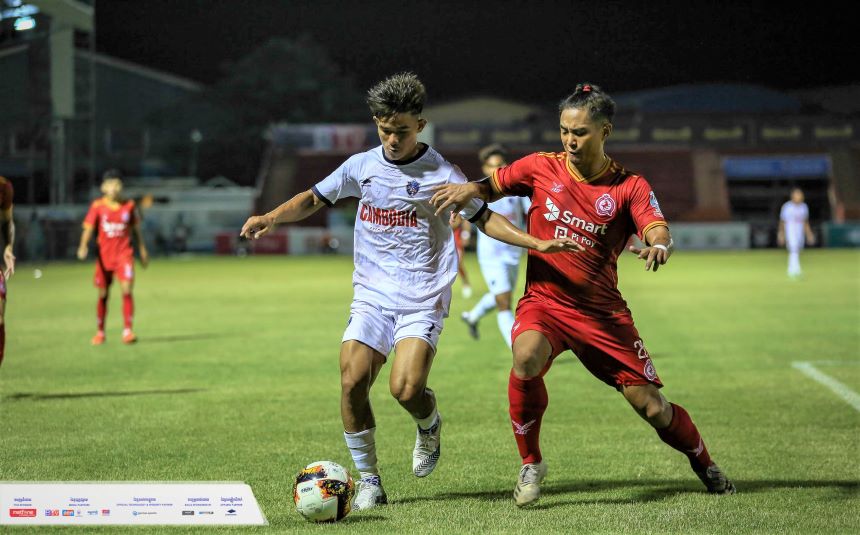 In an evenly-contested affair, a 62nd minute foul inside the box gave Angkor the edge they needed as Guardiano sent the keeper the wrong way for the one and only goal of the afternoon.

The win and the three points gave Angkor their position at the top of the MCL – a point ahead of second-placed Phnom Penh Crown FC, who this week thrashed league newcomer Prey Veng 4-1.

Prey Veng, who had scored big against Soltilo Angkor on their MCL restart just a few days earlier, came a little short this time around against the former champions.

With just the one goal from Takaki Ose in the 14th minute, Crown then heaped two further goals after the break with a double from Andres Nieto (56th and 64th minute penalty).

And while Prey Veng managed to pull a goal back through Riny Ky in the 87th minute, Crown ensured the full three points with the fourth and final goal off Yudai Ogawa (90th).