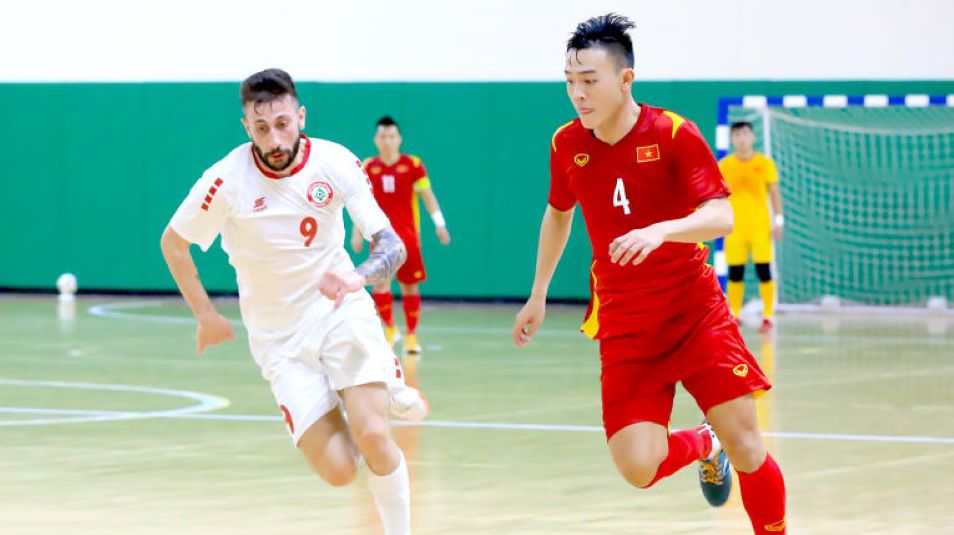 ‘We need to keep more possession’ – that was the battle cry of Vietnam Futsal head coach Phạm Minh Giang ahead of the team’s return tie against Lebanon later tonight.

Vietnam had battled Lebanon to a scoreless draw two days earlier in their first leg, playoff tie of the 2021 FIFA Futsal World Cup in the UAE.

And with the return game just hours away, Minh Giang will be demanding more from his chargers as they look to put one over the higher-ranked Lebanese.

“I will not change too much in our planning because in the last game it worked well. We just need to keep more possession and increase the rhythm of the match to a higher gear,” said Minh Giang.

“I was very satisfied with the outcome of our first match. The players played to the system which has been set. The opponents kept more possessions but we did very well job in our defending. But we missed some clear goal chances, so we have to work on this.”

The Vietnam-Lebanon clash will be played at the Khorfakkan Futsal Club Hall in the United Arab Emirates (UAE) later tonight.