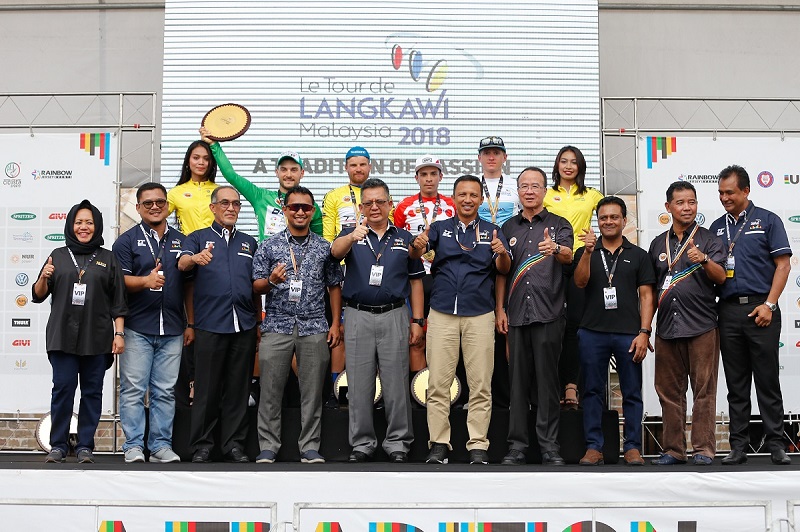 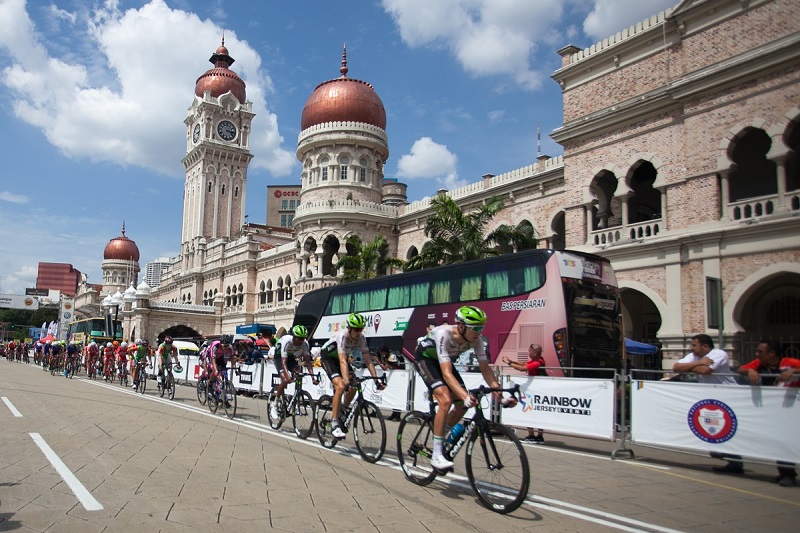 Bardiani-CSF’s Andrea Guardini closed accounts in Le Tour de Langkawi 2018 with his 24th stage win after winning Stage 8 of the race and sweeping away the points classification title on an historic day when Terengganu Cycling Team’s (TSG) Artem Ovechkin sealed overall victory to become the first rider from a Malaysian team to bag the general classification win in Asia’s biggest race.

The 141km stage that began in Rembau was completed with five loops around a city circuit in the heart of Kuala Lumpur and Guardini collected 15 points to overtake Astana’s Riccardo Minali in the points classification by just three points.

Ovechkin, who ascended into the overall lead after winning Stage 5 in Cameron Highlands, finished in the peloton to complete his historic feat 27 seconds ahead of second placed Lukasz Owsian in the final general classification.

However, Ovechkin had to surrender the polka dot jersey as the mountains classification leader to Forca Amskins’ Alvaro Duarte, who collected sufficient points at the final two categorised climbs of the race in Menara Tinjau and Sungai Tekali for a total of 43 points, ending Ovechkin’s reign as King of the Mountains on the final day.

One of the pre-race favourites Yevgeniy Gidich of Astana, completed the race as the winner of the Asian riders’ classification while Team Sapura Cycling’s Muhammad Zawawi Azman emergedas the leading Malaysian rider in the race.

Italy’s Wilier Triestina-Selle Italia won the overall teams classification with a total time of 96 hours 23 minutes and 38 seconds, finishing 14 seconds ahead of Astana and 33 seconds ahead of third placed Dimension Data.

The stage was flagged off in Rembau by Youth and Sports Minister Khairy Jamaluddin Abu Bakar and from the start saw several breakaway attempts, which led to TSG, Rally Cycling, Androni, Bardiani and Astana taking turns to drive at the front to bring back the escapees.

The most threatening breakaway by Bennelong Swisswelness’ Scott Sunderland and Wilier’s Simone Velasco was brought back as the peloton entered the final round around the city centre circuit, for Guardini to win the bunch sprint, registering his fifth ever victory in the final stage at Dataran Merdeka. 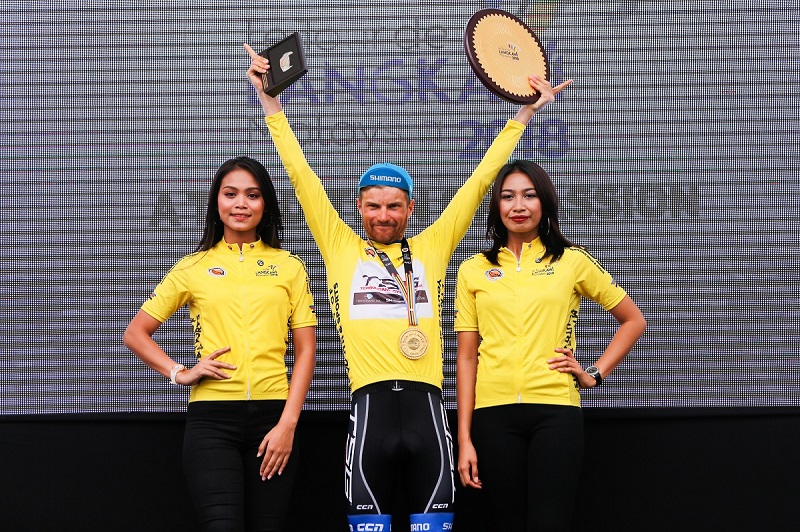 “I like the finish in Kuala Lumpur because I like circuit races. Moreover, I had studied the route to the finish from the first loop and when we approached the finish, I looked for space at the front.

“In the final 100 metres I sprinted and was comfortably in front of the other challengers,” added Guardini, who also gifted Bardiani their eighth victory in the Dataran Merdeka stage and their 37th in the history of their participation in LTdL.

The presence of Terengganu Menteri Besar Datuk Seri Ahmad Razif Abdul Rahman also heightened the atmosphere in support for TSG, as their fans arrived in throngs to cheer on Ovechkin as he proceeded to be crowned overall champion.

The Russian, who was a last minute inclusion in the race, did not disappoint as he fended off the challengers since wresting the yellow jersey in Stage 5.

“I obviously very happy with this victory, but it is also for my teamates who worked very hard every day to protect the lead and helped bring me to the front, while also working to catch all breakaways. My focus today was on keeping the yellow jersey, which is why we decided to let go of the polka dot jersey to ensure that we remained in the lead of the general classification,” said Ovechkin.

Meanwhile, Duarte, who was two points adrift of Ovechkin in the mountains classification at the start of the stage, collected one point in Sungai Tekali and four at Menara Tinjau Ampang, for a 43 points total, ending the battle three points ahead of Ovechkin.

“Thank you to Forca for giving me the opportunity to race in LTdL, as this is my first race outside of Colombia,” said Bogota-born Duarte.