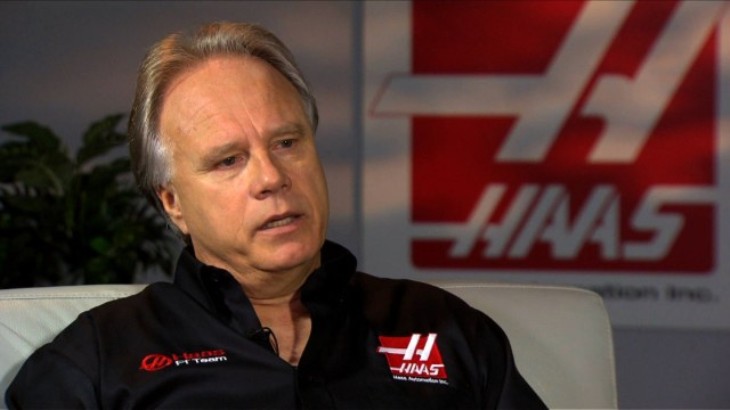 The boss of American-owned newcomers Haas launched a withering attack on “whining” Formula One rivals Friday, blasting them as drama queens for crediting his team’s success to their links with Ferrari.

Gene Haas spoke out after Frenchman Romain Grosjean finished sixth in Australia last month on his debut for the team and went one better in Bahrain in a fairytale start in Formula one — even if Mexican Esteban Gutierrez has yet to score.

Earlier this week in Shanghai, Grosjean claimed detractors were “jealous” of the team’s success — an accusation repeated, with interest, by a defiant Haas.

“This place is a soap opera,” the 63-year-old told reporters. “It’s sour grapes. A lot of the teams at the back really don’t know what competition is.

“They’re getting maybe a little too fat and happy,” he added. “I guess there are a lot of whiners in F1 that talk about our success.

“We never came into this (sport) to run at the back. We want to compete, and that’s what we’re going to do. If people don’t like that then that’s their problem, not my problem.”

Haas have a close partnership with Ferrari, which has prompted some critics to label them “Ferrari B-team”.

But Haas showed he has little time for the sport‘s political sniping.

“I don’t know what they are complaining about, quite frankly,” he said. “There have been a lot of obstacles to get to this point and now we’re here, we’re not going away. They’d better get used to that.

“There’s an assumption that because we’re using Ferrari parts that it makes easier. But I would challenge any team to take a complete Ferrari car with all the parts and just try to run it.”

He added: “They’re very complex cars. Having the parts is only one part of the puzzle.”

Haas even produced a sheet of paper detailing a list of parts his team makes itself for its two Formula One cars.

“We’ve proven we are well within all the guidelines the FIA publishes,” he said. “The fact we’re doing something that is different, what’s wrong with that?

“If you’re a driver and you can figure out how to go around a turn faster than the guy next to you, who do you give the credit to? The guy who is slower, or the guy who is faster?”

Grosjean placed 14th and 16th in Friday’s free practice in China while Gutierrez was 20th and 21st after both the Mexican’s rear brakes caught fire in the afternoon session.

“The Pirelli tyre limits have been ridiculous today for tyre pressure,” he fumed. “You just don’t get any feeling, it’s like a piece of wood — it’s just not driveable.” – Agence France-Presse