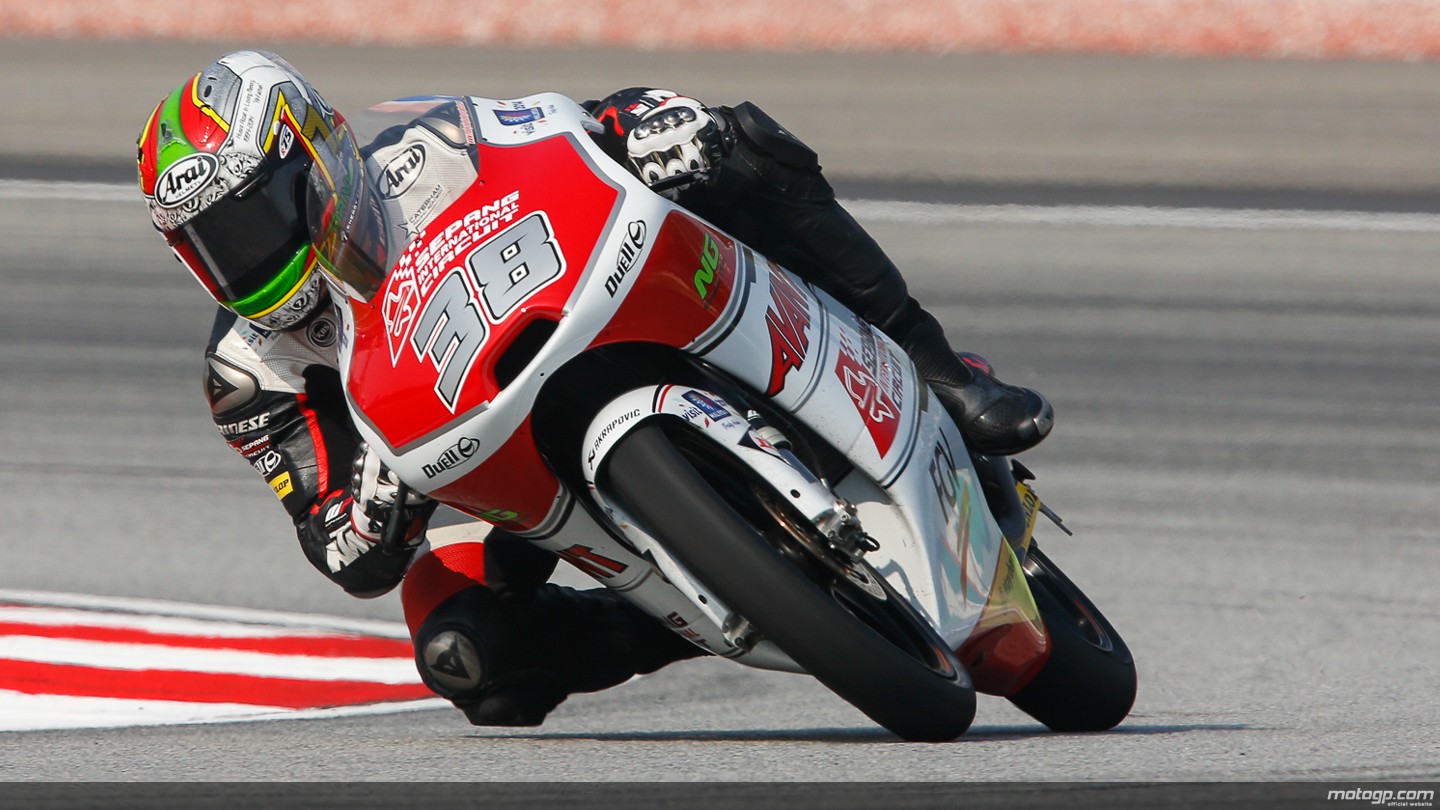 SEPANG – For the past eight months, Malaysian Moto3 rider Hafiq Azmi has been trying his utmost to finish in the points. At several races, he pushed himself too hard and ended up in the dirt and worse still, with no points to show.

Today, at the Shell Advance Malaysian Motorcycle Grand Prix, the 18-year-old Hafiq’shardwork and perseverance finally paid off when he finished 13thto claim three precious world championship points. “I have been trying to win points since Qatar (the opening round in March) until now. At a few races early in the season, I fought for a top 15thplace but crashed and DNF,” said Hafiq, who started today’s race in 16thposition.

Sensing he was close to the points, the SIC-AJO rider kept his composure to ensure he ended the race in the top 15. “I am very happy because finally I got my first points in the world championship in my home GP,” said Hafiq. “This race was hard for me as all riders were very close and it was also very hot. After five laps, I tried to stay with the front group but made some mistakes, so I decided to stayback.”

Hafiq said he felt it was better for him to cut the throttle, save his tyres and wait for to right moment to make his move. In the last two laps, Hafiq stepped on the gas and moved up two slots to finish in 13th. “I hope I can keep this up in Valencia.”

While Hafiq was all smiles with his performance today, Zulfahmi says he only has Valencia to look forward to now. “I was confident about the race today for during the warm-up this morning, we had a good run, with good pace, but then the incident happened. I can’t say much now except that I will try my best in Valencia.”

“Valencia is a track which I like as we do a lot of testing there, so I hope we will be able to get a good pace there, like we did here in Sepang. I hope to collect as many points as I can there,” said Zulfahmi.

On his crash, Zulfahmi explained that as he attempted to stay close with the front group, he struck the tyre of the rider in front of him. “On the first lap, I tried to the front group and struggled to move past a few riders. On the second lap on the last corner, I tried to pass two riders, but maybe the rider (Andrea Migno) did not see meand I hit his rear tyreand we both crashed.

Besides Hafiq and Zulfahmi, two other Malaysians who participated in the Moto3 race today were wildcard entries, Ramdan Rosli (Petronas AHM Malaysia) and Hafiz aRofa (Team SIC-AJO). Ramdan also ended his run on the second lap while Hafiza was 20th.

In the Moto2 race today, Hafizh Syahrin (PetronasRaceline Malaysia) had a promising start but crashed out while Azlan Shah Kamaruddin, from the Idemitsu Honda Team Asia, finished in 20th place.

The Moto2 and Moto3 races today were both won by Spanish riders. Efred Vazquez, on a Honda, claimed the Moto3 title here while Maverick Vinales won the Moto2 race and sealed the world championship in the process.