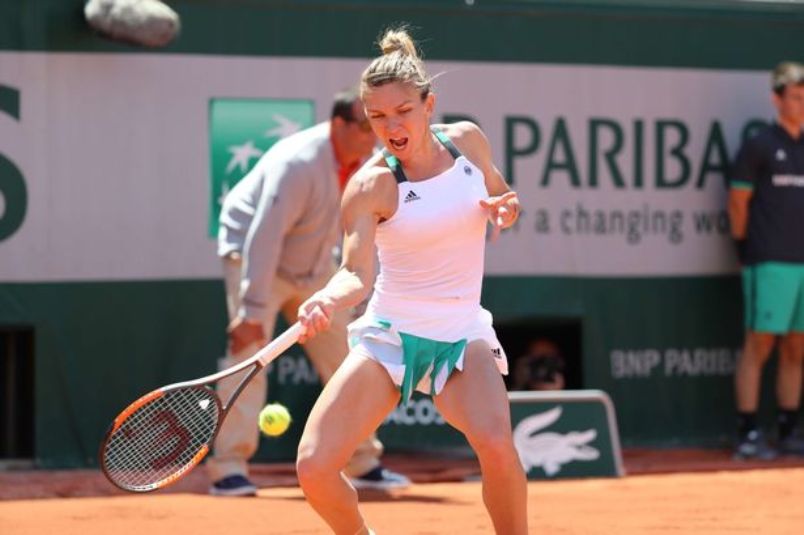 Simona Halep reached her second French Open final on Thursday with a 6-4, 3-6, 6-3 win over Karolina Pliskova, taking her to within touching distance of a first Grand Slam title and the world number one spot.

The 2017 champion will be a first-time major winner while victory will also crown Halep as the new world number one, replacing Angelique Kerber.

“It was extremely tough today as Karolina is a very tough opponent.

“To be in the final again is great. I hope to win this time.

“But I am facing a young opponent, it will be a big challenge.”

Pliskova ended the tie with 45 winners and a staggering 55 unforced errors.

In contrast, Halep registered 14 in both columns.

Halep, buoyed by the lifeline of saving a match point after coming back from a set and 1-5 down against Elina Svitolina in the last eight, settled faster than her opponent.

Pliskova saved three set points but was powerless on the fourth as Halep wrapped up the opener after 45 minutes.

However, Pliskova rallied, breaking for a 4-2 lead in the second and levelling the contest at a set apiece.

It was an impressive recovery in stifling 28 degree heat, but wasn’t enough to encourage the large number of fans who had abandoned their seats on Philippe Chatrier court to return.

Halep carved out a break for 3-1 in the decider, an inch-perfect pass proving fair reward for her stalwart defence.

She was hauled back in the seventh game but Pliskova, her error count racing past the 50-mark, handed it back, allowing Halep to serve for the match.

Halep sealed the deal when Pliskova went long off a service return.

The 25-year-old Czech would have taken the world top spot if she had made her second Slam final.

In the end, she could at least reflect on progress in Paris — before this year, she had never got beyond the second round in five attempts. – Agence France-Presse