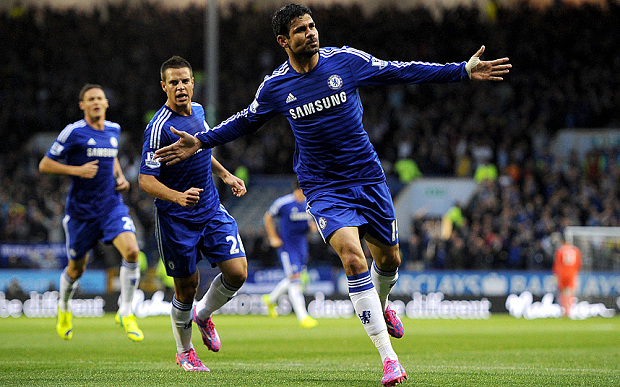 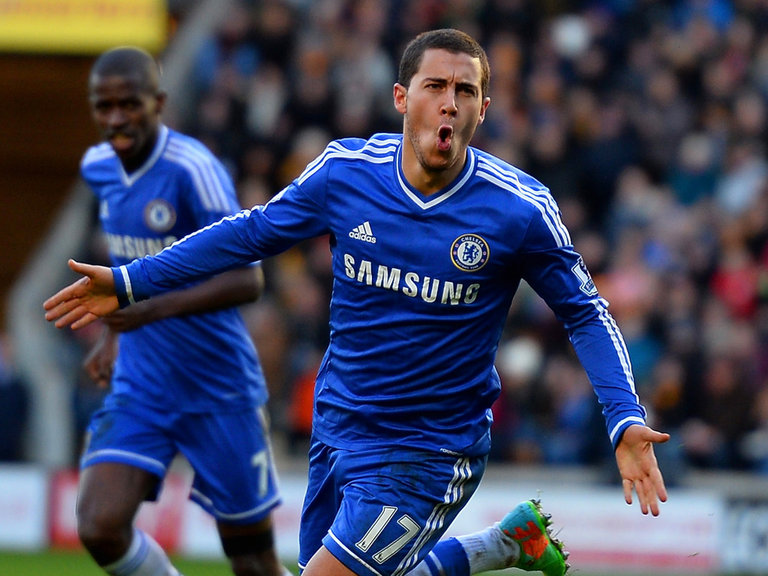 Hazard put Chelsea ahead from the penalty spot in the 27th minute and Costa sealed victory 13 minutes from time after being released by a pass from former Arsenal captain Cesc Fabregas.

On an eventful afternoon at Stamford Bridge, Chelsea goalkeeper Thibaut Courtois was forced off following a collision with Alexis Sanchez, while rival managers Jose Mourinho and Arsene Wenger clashed on the touchline.

Chelsea’s victory in a game delayed by 15 minutes due to supporter congestion prior to kick-off leaves them five points clear of defending champions Manchester City going into the international break, with Arsenal nine points off the pace following their first defeat of the campaign.

Wenger had seen his side destroyed 6-0 on Arsenal’s previous visit to Chelsea in March, but although the visitors avoided humiliation on this occasion, they did little to enhance their status as title contenders.

Both sides made one change to their starting line-ups — Cesar Azpilicueta coming in for Chelsea; Jack Wilshere for Arsenal — and the visitors also tweaked their playing system, with Mesut Ozil starting wide on the right.

Sanchez lined up on the opposite flank and was quickly involved, drilling an early sighter wide and then colliding heavily with Courtois after chasing a pass from Wilshere into the Chelsea box.

After receiving treatment Courtois continued playing, but he gave way for Petr Cech in the 24th minute, with television pictures showing blood running from his right ear.

Sanchez was also the unwitting catalyst for the set-to between the two managers.

Mourinho sprang to his feet to remonstrate after the Chilean was fouled by Gary Cahill and Wenger showed his displeasure by shoving the Portuguese in the chest with both hands before the two men were separated.

The game had been short on chances, but an electric change of pace by the excellent Hazard allowed Chelsea to gain the ascendancy.

A swish of the hips took him past two Arsenal players and into the visitors’ area and after Laurent Koscielny took him down, he got up to send Wojciech Szczesny the wrong way from the spot.

Wilshere had an opportunity to respond immediately, but he miscontrolled Ozil’s pass from the left, allowing Cech to slide out and save.

Santi Cazorla dragged a shot wide for Arsenal early in the second half, but it took sharp reflexes from Szczesny to divert the ball onto the post after Mathieu Flamini shinned a cross from Hazard towards his own goal.

Wilshere took it upon himself to haul Arsenal back into the game and he was aggrieved in the 63rd minute when Fabregas escaped punishment after appearing to block the England midfielder’s shot with his hand.

Hazard gave Arsenal a let-off when he shot over from Costa’s lay-off, but the visitors were not given a second warning.

Fabregas, jeered by fans of the club he represented for eight years, freed Costa with a pass from halfway and the Spain striker chested the ball down before lobbing Szczesny to notch his ninth goal of the season. – Agence France-Presse