Home News Others ASIAD identity row set to hot up 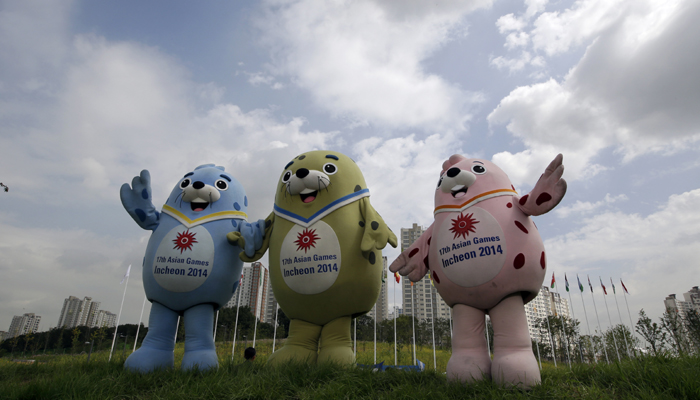 First it was the white people from the former Soviet republics who upset the Asian Games, now it is the African-born athletes competing for wealthy Gulf states, and the debate over the event’s identity looks set to hot up.

The Olympic Council of Asia (OCA) says it is working towards admitting Pacific nations in future Games, paving the way for the likes of Australia and New Zealand to take part.

This offers the possiblity of mouthwatering clashes in the pool between swimming giants Australia and current Asian powerhouses China and Japan.

But it will also raise fresh questions about the “Asian” character of the Olympic-style event, after three Games in a row in which athletes born in Africa running for Qatar and Bahrain dominated the track events.

In the 1990s, athletes made similar comments about the blonde athletes from Kazhakstan, Uzbekistan and other Central Asian republics who looked east after the collapse of the Soviet Union. They are now big medal winners, but are accepted.

Qatar and Bahrain between them won 15 athletics gold medals in Incheon, putting them second and third behind China. But 13 were claimed by competitors who had switched nationality from African states.

The head of India’s Asian Games delegation Adille Sumariwala led the criticism after his squad dropped two places in the medal table from Guangzhou 2010.

“I don’t think this is fair,” Sumariwala, a former national 100m sprint champion, told Indian reporters. “These are the Asian Games, not African Games.”

Nigeria-born Femi Ogunude set a new Asian record in the 100m with a time of 9.93 seconds — no Asia-born runner has ever broken the 10-second barrier — and completed a double with gold in the 200m.

“They are taller and have a longer stride,” he told AFP. “They are more powerful and athletic. Physically we are at a disadvantage.”

At the 2010 Guangzhou Games, Bahrain and Qatar’s African runners again dominated the men’s long-distance track events, taking all six medals in the 5,000m and 10,000m

And in Incheon, as well as the medals they won, African-born athletes claimed six of the 11 Asiad track records to fall.

For athletes from traditional middle and long distance powerhouses like Kenya, Ethiopia and Morocco, the attractions of switching to rich Gulf teams are obvious.

Aside from the income and facilites offered by Qatar and Bahrain, the athletes walk into the national teams of their adopted states, giving them more opportunities to compete in big events.

OCA President Sheikh Ahmad Al-Fahad Al-Sabah says he would prefer to see native-born athletes competing and becoming “heroes for the new generation”, but the Games are bound by rules.

“In the end there’s an Olympic charter that says three years and they can represent a (different) country,” he told AFP.

“If the law allows this, we can’t resist it. We have to respect it. We hope that the local (athletes) are in the majority, but in the end this is sport.”  – Agence France-Presse