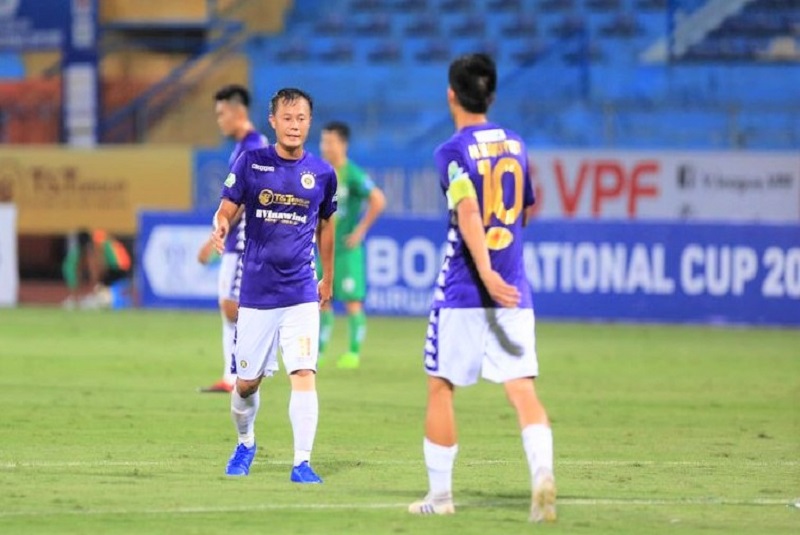 HCM City FC will take on Hanoi FC in the semifinals of the Vietnam National Cup following their respective wins in the quarter-finals of the meet last night.

The quarter-final matches of the National Cup yesterday presented the restart of football in Vietnam after it was suspended in July following the COVID-19 outbreak in Da Nang.

And yesterday, HCM City had to fight tooth and nail before they were able to beat Ba Rịa-Vung Tau 3-2.

Ba Rịa raced to a 2-0 lead off goals from Nguyen Ngọc Hung and Bui Van Duc.

But Vietnam international striker Nguyen Cong Phuong turned the match on its head when he nodded in HCM City’s first goal before Vo Huy Toan slotted home the equaliser.

On the other hand, defending champions Hanoi FC need not go through such drama when they thumped Can Tho 7-0.

The other goals for Hanoi were scored by Nguyen Thanh Chung (8th), Do Hung Dung (55th penalty) and Ho Minh Di (88th).

The semifinal clash between HCM City and Hanoi will be played on 16 September at the Hang Day Stadium in Hanoi.

In the meantime in the other quarterfinal matches played this evening, Than Quang Ninh beat Hong Linh Ha Thinh 3-2 while Viettel The Cong blasted Binh Duong 4-1.