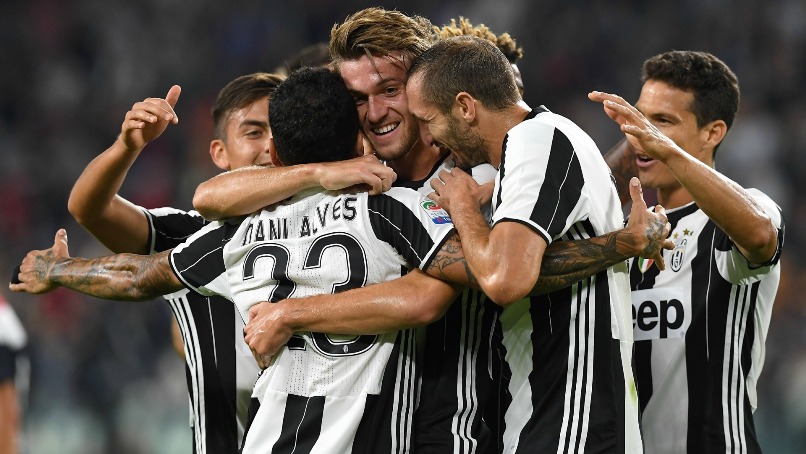 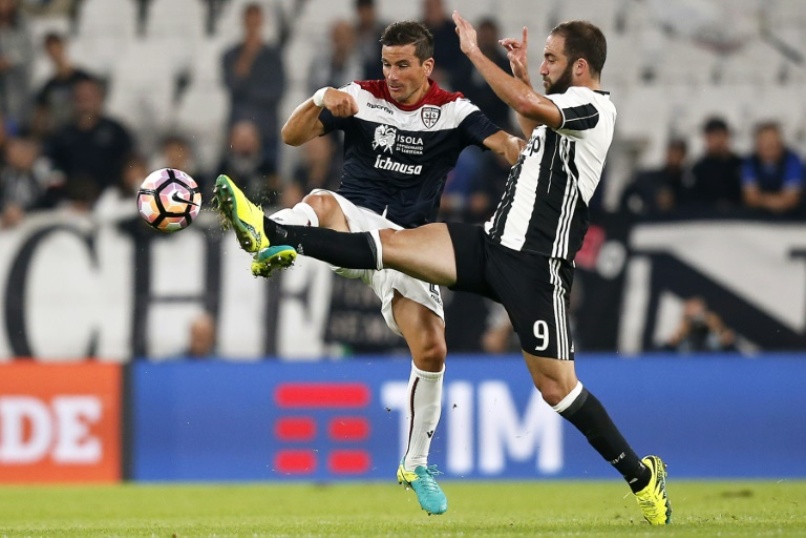 Gonzalo Higuain returned to scoring ways as champions Juventus regained top spot from misfiring Napoli thanks to a 4-0 rout of outclassed Genoa in Turin on Wednesday.

Higuain, signed from Napoli for an Italian record 90m euros, had failed to find the net in Juve’s past two outings — a scoreless draw with Sevilla in the Champions League and a 2-1 defeat to Inter Milan on Sunday.

But the Argentine striker quashed any emerging doubts about his talents with his fourth goal of the season just after the half hour after defender Daniele Rugani had given Juve a 14th minute lead.

Juventus were dominant throughout and their visitors from Sardinia were lucky not to escape with more punishment.

Dani Alves, signed during the close season from Barcelona, hit Juve’s third minutes before the interval and Mario Lemina saw his drive turned into the Cagliari net by Luca Ceppitelli in the closing minutes.

Juventus coach Massimiliano Allegri said criticism following their opening defeat of the campaign had been “excessive”, but told Sky Sport: “It’s good to get back on top of the league. The lads have responded well after Sunday’s game, and to the excessive criticism.

“It doesn’t interest me whether we’re stronger or weaker. All we want is to go right to the finish and win the championship.”

After Napoli’s scoreless draw at Genoa, where Pepe Reina had to produce several key saves for the visitors late on, Juventus lead Napoli by one point, with Roma moving up to third after a 4-0 rout of league newcomers Crotone which included Edin Dzeko’s first brace of the season.

Roma coach Luciano Spalletti was under the cosh after Sunday’s 1-0 defeat to Fiorentina, but the Giallorossi handler’s nerves were quickly allayed.

Stephen El Shaarawy fired Roma into a 25th minute lead when he pounced on a cutback on the left side of the area to fire a deflected shot past Alex Cordaz.

And Dzeko put the result beyond all reasonable when he lobbed the Italian ‘keeper after running on to Francesco Totti’s chip three minutes after the restart.

Minutes later Dzeko had his fourth of the season, and first brace of the campaign, after slipping past his marker to sidefoot Salah’s unselfish cross past Cordaz.

Crotone should have reduced arrears seconds later, but Roma ‘keeper Wojciech Szczesny got down low to his left to save Raffaele Palladino’s spot kick on the hour.

“Tonight we were a lot more clinical in front of goal, and the win was even more impressive because it came with a solid performance,” said Spalletti.

A precious 2-1 win over Europa League debutants Sassuolo kept Chievo among the top four but the Verona-based side are only ahead of Inter Milan on goals difference.

Inter overcame their poor start to the season under new coach Frank De Boer with an emphatic 2-1 win over Juventus on Sunday when Argentine striker Mauro Icardi was on target.

Days before he is expected to sign a new contract extension with the Nerazzurri, Icardi hit a brace in a 2-0 win at Empoli to take his tally for the season to six in five games and go top of the league scoring charts.

Icardi broke the deadlock on 10 minutes when he was left unmarked to dive low and head Antonio Candreva’s cross past Lukasz Skorupski.

Icardi took his second with consummate ease, the Argentine running on to Joao Mario’s through ball to slot past the Polish ‘keeper at his near post just seven minutes later.

“After we scored our second goal we could relax a little,” De Boer said.

“We suffered a dip in the second half but that’s only normal after giving everything against Juventus. The lads are showing the right attitude and I’m very happy about that.” – Agence France-Presse