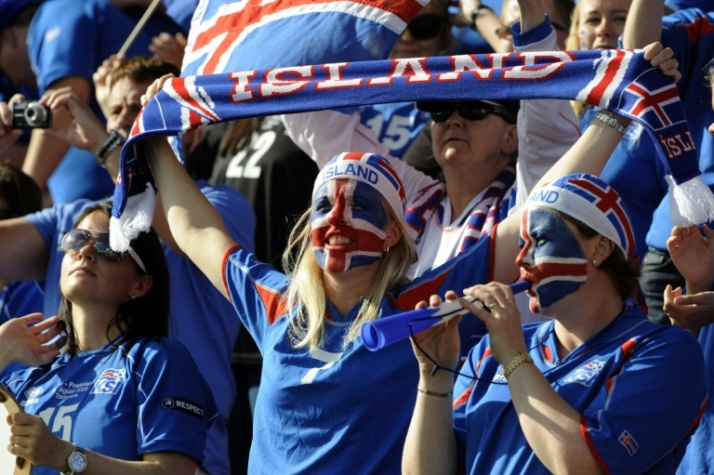 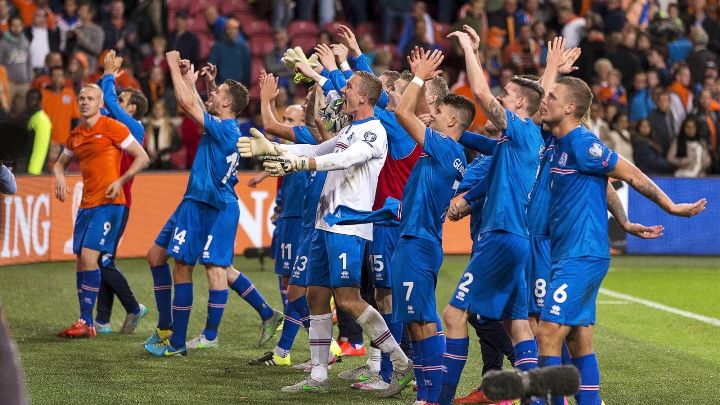 THE rousing tale of Iceland at Euro 2016 must be the hottest talking point, more so after the most under-estimated of underdogs held Portugal to an astonishing 1-1 draw in the opening match.

Jaws literally dropped on Wednesday as the smallest populated country to ever qualify for a major tournament left Cristiano Ronaldo dumb-founded in the most unbelievable of opening matches. It was an eruption of the “Iceman” kind!

For starters, you wonder how did Iceland, with a population of just over 300,000, even qualify for Europe’s biggest football competition? Now, how can Singapore and Malaysia follow the same gutsy belief and emulate that kind of success?

Wake up, Singapore and Malaysia and the other “frogs in the well”  in ASEAN. Carefully note the ingredients for a football revolution? Look at the Icelandic recipe – facilities, quality coaching and a big dose of self belief.

And it just goes to show that success on the pitch is never defined by population density and landmass. Footballing excellence does not grow from dry, untilled fields left stagnate with fodder crops. Iceland, an actively volcanic island nestled in the north Atlantic Ocean with a population of around 300,000 people (the size of Perlis in northern Malaysia) truly has an overabundance of footballing riches.

Mind you, Iceland were ranked 133 in the world four years ago. Now the national team have risen 100 places under Lars Lagerback, progress given a compelling narrative shape by the money and care poured into the grassroots during the pre-bust years when the country had more cash than it knew how to spend.

Today, ranked No. 34 in FIFA’s world rankings, (Singapore is ranked No 149 and Malaysia at No 173) Iceland does not even have a fully professional league, relying entirely on part-timers (although all the starters on the national squad play professionally overseas).

Iceland’s rise up the footballing ladder is simply a triumph of teamwork, excellent youth development and a sprinkling of individual genius — all of which mean progress from a not especially daunting group should be the aim.

And massive investment in grassroots development and getting the young, as early as five or six, to kick, kick and kick a simple ball  is another secret success tale. There are now 30 full-size all-weather pitches, seven of which are indoors, and almost 150 smaller artificial arenas that ensure youngsters at grassroots can continue to play football in winter, often inside indoor dome structures.

Simply getting among Europe’s top 24 teams will go down the football annals as an extraordinary achievement. This is a country so small that Heimir Hallgrimsson (the team manager) still works as a dentist in his home town of Vestmannaeyjar, while goalkeeper Hannes Thor Halldorsson, who plays for the Norwegian side Bodo/Glimt, is a film director who produced Iceland’s Eurovision entry in 2012.

They are professionals, but there is something of the amateur ethos about the way they continue to pursue other careers, although Hallgrimsson will surely cut back on the dentistry when he becomes full-time national coach when the 67-year-old Lagerback retires after the tournament.

It is why the current crop of players, many of whom made history by qualifying for the European Under-21 Championship in 2011 – Iceland’s first foray into any major international tournament – have been labelled “the indoor kids”. The buildup neatly coincided with a domestic coaching boom. Iceland boasts over 600 holders of a UEFA “B” licence, an unusually high number for its paltry population size.

Let’s get it right: Iceland didn’t get to Euro 2016 by accident. Their football strategies are right. They’re very solid and defend well, plus having a player like Gylfi Sigurdsson, who can score and create goals from set pieces as well as having the ability to shoot accurately from long range, makes playing the 4-4-2 in knock-out competition a difficult prospect to deal with.

Another shocking statistic: Icelanders are more fanatical about football than fans in other Euro 2016 nations. The latest data was measured from regular match-goers at home as a proportion of their population. Out of 300,000 people, almost 25,000 of them (or 7.5 per cent) regularly go to watch games in the country’s four main divisions.

This far exceeds the next most fanatical nation, which is England, where almost 1.7 million different people from a population of 53 million regularly attend games across England’s pyramid from the Premier League to the non-League.

Football is such a funny, fluke game. It only takes one goal to settle a lot of the big games and Iceland excel at doing precisely that. They might not have the superstar celebrities of Germany, Spain, Italy or France, but as Leicester City and Atletico Madrid have proven this season, that’s not always a necessity.

Yet in a way, take note Singapore and Malaysia, Iceland has always punched above its modest weight on the world stage. Its position at the gateway of Europe has given it a privileged geopolitical role, especially during the Cold War. Its handball team won Olympic silver in 2008. It has won more ‘World’s Strongest Man’ titles than any country other than the United States. But football has always been its national passion.

But Iceland’s biggest advantage is derived because of the country’s miniscule population, not in spite of it: Team chemistry. And that spirited revelry, with a never-say-die attitude, proved its worth against Portugal, featuring the world’s most expensive striker, by the aristocratic name of Cristiano Ronaldo.

Poor Ronaldo. He  was left cold and speechless and the message has been delivered loud and clear to Iceland’s other group opponents, Austria and Hungary. Now it’s the rest of the Europe’s turn to take notice.

Greece did it in 2004 as Europe’s unimaginable kingpins.  Iceland, just like Leicester City, the darlings of English football, cannot be simply written off as no-hopers and can surprise a lot more critics in their first major global tournament.