Sports247
Home International ‘How do I get this shot?’ 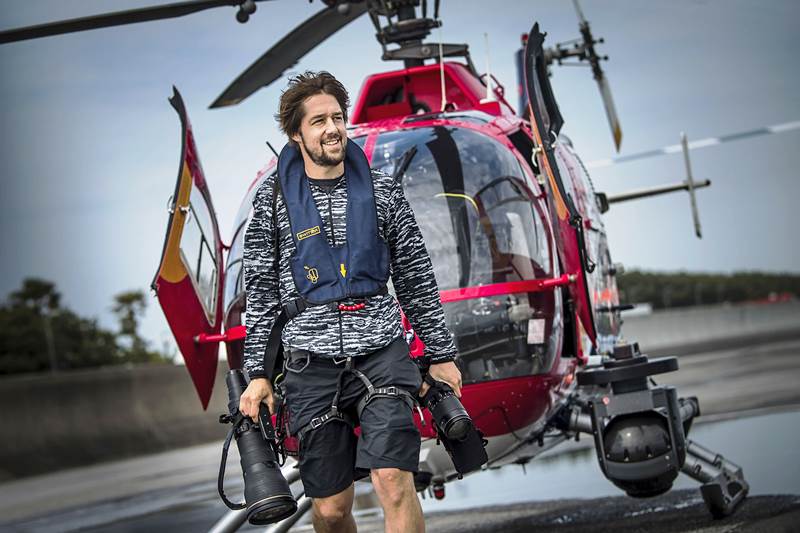 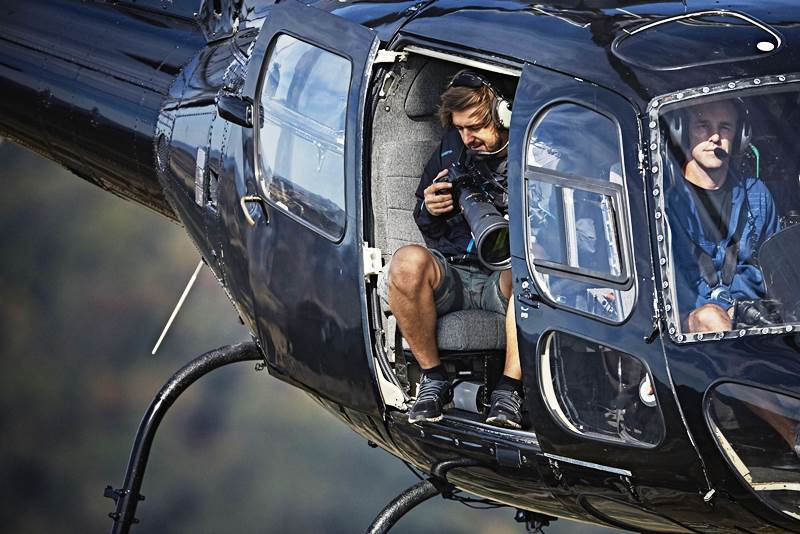 The first photographer to mount a camera into a raceplane cockpit, Joerg Mitter has been key to the Red Bull Air Racesuccess since the series first took flight in Zeltweg, Austria back in 2003.

The Austrian has covered over 60 of the pilot battles around the world on camera for the signature event along with other extreme sport occasions such as Red Bull Stratos, Red Bull X-Fighters and Red Bull Crashed Ice.

While the world’s best race pilots are preparing for the 2018 World Championship, Mitter too is ready for the upcoming season. Red Bull Content Pool caught up with him to discover what makes him tick.

How do you prefer to cover aerial action?
The Red Bull Air Race World Championship is interesting to shoot because you have a fast flying object in the sky that races at a speed of up to 370kmh. You can freeze the action, you can play with it or you can create motion blur. It gives you so much opportunity to be creative especially with a large crowd in the background.

If I’m in the helicopter, I try to take as little equipment as possible to be more flexible. Normally I take two bodies; one with a wide-angle lens, one with a long lens. With Red Bull Air Race I love to take a 800mm lens with me, which is quite bulky but it gets really fun to shoot with that from the air. Long lenses give you the opportunity to get certain angles even if you can’t get close, however the helicopter in strong winds is not as stable as people would think so one day it is easy – the other tricky. I like to shoot from the ground as well; it’s more controllable and gives you more flexibility to explore different angles.

What are the risks involved when you do shoot from a helicopter?
I have flown more than 1,000 hours in helicopters taking photography. Some machines are really good for doing things fast, others have bigger windows or doors that we can take off. Sometimes we can even sit on the skids. After so many flying hours, you get used to all these things. You know where the wind comes from, what the altitude is, where the directions are and you learn to talk the language of the pilot. Quite often it’s not only you and the helicopter in the air, there are other helicopters and planes flying around as well so you have to de-conflict with everyone in the air. At Air Race there is a team in Race Control taking care of this so we’re in good hands.

After all these years are you always satisfied with each shoot?
I’m driven to reach 100% of my thoughts and imagination, but you have to accept that due to elements beyond our control, sometimes it is just not possible. With Red Bull Air Race we’re shooting the whole time that planes are racing but with other projects, it’s important to realise that when an athlete gets tired, it’s time to stop and take a break.

You have to deal with the weather, the time of the day and people’s mood. After a shoot, I’m usually not satisfied, then I look at the images and it slowly dawns on me that they turned out well. Everything can always be a little bit better because it isn’t studio photography.

How has technology changed how you approach your work?
In 2007 when we had the Red Bull Air Race at Monument Valley in Arizona, I mounted a full DSLR camera into the cockpit of a raceplane for the first time ever and set it on an auto trigger system. It was super challenging to find the space in the cockpit plus when the pilots pull up to 10Gs, the camera feels 10 times the force so you have to mount it with zip ties, duct tape, clamps and mounts which took a couple of hours to fix back then.

Now I use a GoPro camera for these kinds of things. It’s very flexible because of the size, so you can quickly secure it with a screw inside or on the wing. It is so much easier now. 10 years from now, we might be saying ‘Remember when we had this huge GoPro camera!’

Technology in general is changing so fast in photography. Image quality and ISO sensitivity are improving so quickly that it is possible to shoot almost anything with a standard camera.

How much preparation goes into the shots you get each day?
It’s really important to visually draw the image in your mind before you go out and take it. Every pilot in the Red Bull Air Race World Championship has their own skillset and flying techniques therefore little differences make a huge impact on photo timings.

Level flying doesn’t work the best for photography because you don’t see the wings or the shape of the plane. Turns and chicanes look best, so you have the nice side of the plane, which you need to line up with a background. We call it the chocolate side of the airplane with the more interesting canopy and pilot.

Some interesting shots also happen back at the airport where the difference between the pilots is visible. Every pilot has their own procedure of how they put the gloves on, when they close the visor or canopy and how they prepare before take-off.

Have there been photos that surprised even you?
The giraffe shot in South Africa for the 2014 Red Bull X-Fighters was never planned. It was supposed to be an African sunset, but when we searched the location I saw a giraffe in the distance. Someone said that she even had a name – Lucy – and that you could walk up to her. From that moment I knew I wanted to photograph the silhouette with the giraffe and I almost couldn’t sleep because I was like, ‘How do I get this shot?’

Can you explain how risky your life can often be?
I would never risk my life for anything, let alone a photograph but, of course, I have been in environments that are not 100% safe. You do whatever you can do to make it as safe as possible – it needs to be a calculated risk.

If you could change career, what would you do?
It was a childhood dream to be a helicopter pilot. Maybe I’m doing what I do because of that…