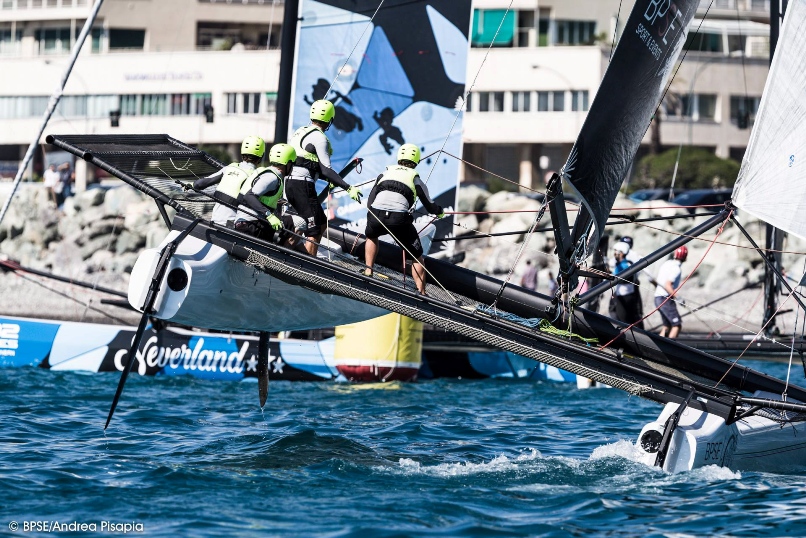 With the largest fleet of the season the M32 Mediterranean Series is ready for the first start of the final event of 2016. For the first time in history Spain will stand host to an M32 Series event and it could not be in a more beautiful location than on the party island of Ibiza.

With Typhoon X Racing and the 2016 winner of the M32 Series Scandinavia, GAC Pindar, joining the fleet for the Ibiza event this will be largest fleet yet in the Mediterranean Series. It will also be a test of the Med teams’ skills when they match up against GAC Pindar’s six time World Champion in match racing, Ian Williams.

Williams who was dominant in the last three events on the Scandinavian Series will be favourite to win the event but will be pushed by Riccardo Simoneschi and his Italia Sailing Team who has finished in the top two spots in all four events in the Med series so far.

Typhoon X will put new skipper Fredrik Alstierna at the helm and he will have young Måns Holmberg as tactician. Typhoon X has had a strong season with Holmberg qualifying to the first World Match Racing Tour event of 2017 by winning a WT event in Sweden.

Section 16 from Switzerland with Richard Davies at the helm and Melges 24 champion Chris Rast calling tactics will look to redeem themselves after loosing out on the win in Genoa. The Swiss team was on fire the first two days of the last event but the win slipped from their grasp on the final day to see the Italians take the win.

For the Cape Crow Vikings the team is looking to continue to improve on their score and with a training session against Typhoon X in Sweden last week Håkan Svensson is trying to get the upper hand on Guido Miani’s Monegasque team Neverland for the second regatta in a row.

Racing starts today and continues over the weekend in Ibiza. Follow results viam32series.com