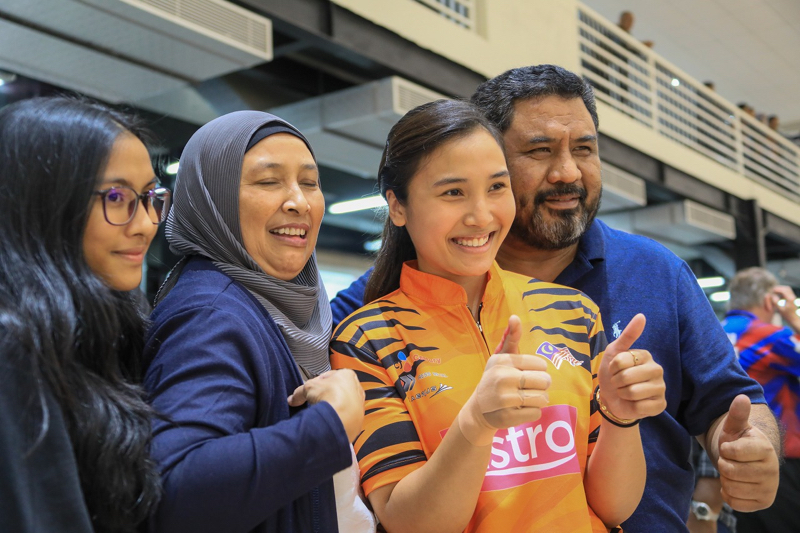 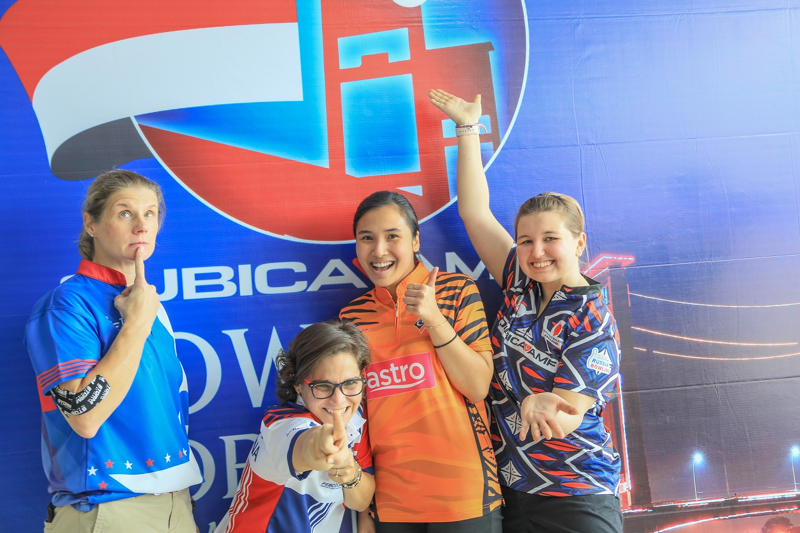 Maybe it is the cold conditions at the at Bowling Centre, Jakabaring Sports City, Natasha Roslan remained cool as a cat in maintaining her overnight lead to finish the first stage of 24 games this afternoon to move to the second stage of the QubicaAMF 55th Bowling World Cup at Bowling Centre.

The almost freezing conditions at the centre certainly had no effect on her performance as she went to reel 203, 205, 212, 201 and despite a 192 on her fifth game, she went to finish with a bang with her highest for the day and three days with 235 and a total of 5016.

Her previous high game was 234 on the first day, also in her last game eighth.Going to the final game today, Natasha was ahead by 59 pins against Dominican Republic’s Aumi Guerra and USA’s Kelly Kulick who had identical 4722 totals after 23 games.

Host’s Shinta Ceysaria Yunita finished 14th with her total of 4640.France’s Amandine Jacques was the last and 24th qualifier for the second stage with her 4488.“It is great that I have remained consistent for the last three days.

Qualifying as the top in 24 is a bonus because current positions mean nothing,” said Natasha who preferred to keep her feet firm on the lanes.

“There is still another stage of eight games tomorrow, where it is important to finish among the top eight to move to the next stage. The fact that the scores from the previous stage is carried forward, gives me only a slight advantage. I still have to bowl well.

“Then the following next stage on Saturday is crucial, as we will bowl a further 8 games league style, round robin with bonus points (30 pins for a win, 15 pins for a tie, 0 pins for a loss), for a 40 game total pinfall including bonus points, to decide the top 4 qualifiers to go forward to Stage 4.

“So I rather not get excited over the current situation and take each day as it comes. Besides, there are many bowlers who are doing well and they are all experienced bowlers. Anything can change anytime and it is important for me to remain focussed and execute my shots well and consistently,” said the 23-year-old debutant at the tournament.

Today, Natasha was once again sailing with ease as many of the bowlers were having problem to score consistently.
Coach Ben Heng said:

“Basically Natasha bowls simple without much hook so her lines are easier to maintain. This type of bowling helps in the women’s category as the lanes don’t get burnt down like in the men’s categories. Some of the women who were having problems were hook bowlers who had to make adjustments to the lane.”

All indications are that the battle for supremacy will be among the top bowlers hogging the limelight currently namely USA’s Kulick, Dominican Republic’s Guerra, Russia’s Koshel, South Korea’s Jeon and Germany’s Nadine Geissiner.

Aumi Guerra from Dominican Republic Guerra is bowling in her 15th edition and besides winning the title twice had and finished 2nd in 2012 and 3rd in 2013.

Kullick, the 42-year-old right-hander is on Team USA for the 15th time who won the Malaysian Open in 2010Philippines’ Krizziah Lyn Tabora winner in 2017 is on 19th spot qualifying.