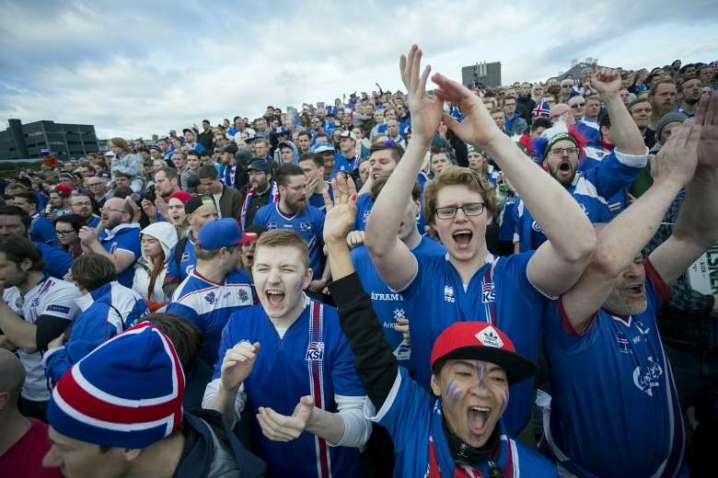 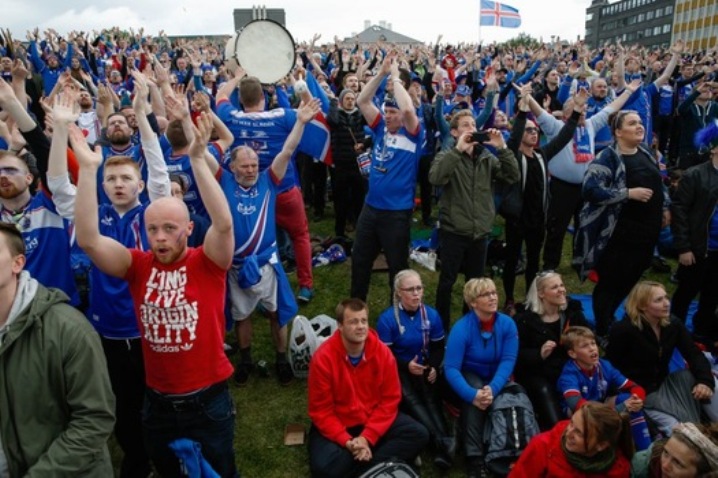 More than 10,000 people packed a Reykjavik square to watch Iceland beat England at Euro 2016 in the country’s greatest sporting moment.

The 2-1 victory in Nice on Monday unleashed national celebrations. “There are no words, only tears of joy,” Iceland’s foreign ministry said on its Twitter account.

But there were many words to make fun of the big neighbour across the Atlantic.

“This was the real Brexit,” said Asta Helgadottir, a deputy in the Icelandic parliament for the Pirate Party, on her Twitter account.

The Iceland capital erupted in widespread celebrations as the crowd of more than 10,000 returned home after watching the win on a giant screen.

Iceland has rarely had such international sportstriumphs to celebrate. Its men’s handball team won the silver medal at the 2008 Beijing Olympics.

It has also had run-ins with Britain. A “Cod War” over fishing rights ran from 1950 until 1970 and ended with an Iceland win.

Iceland also won an international court battle with Britain over who should pay compensation to savers for the collapse of the Icesave bank that failed in 2008, costing millions to a large number of British savers.

Iceland’s president Olafur Ragnar Grimsson and his successor, Gudni Johannesson, who won an election Saturday, were at the match in Nice. – Agence France-Presse