Home International England out of Europe twice in a week 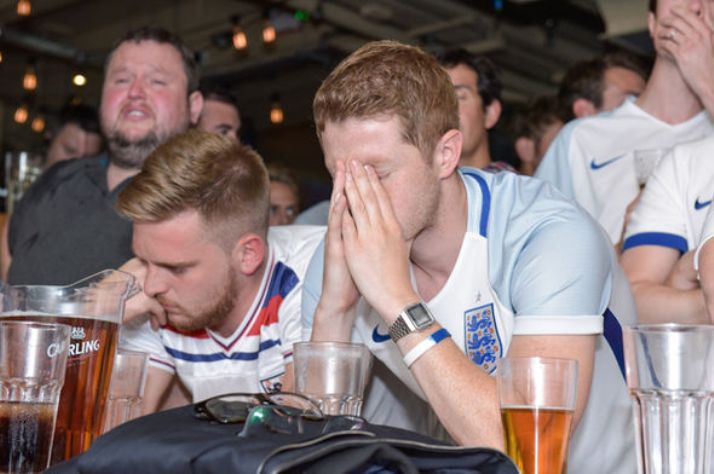 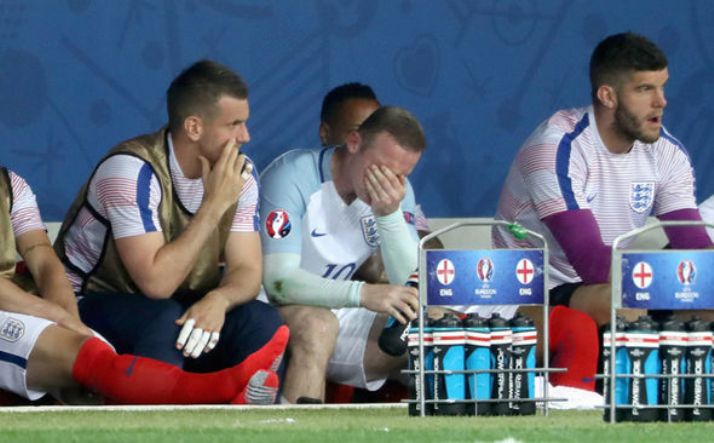 ENGLAND, the revered “Land of Football”, are now the laughing stock of the world after the humiliating 2-1 defeat to Euro 2016 minnows Iceland at the Stade de Nice on Tuesday morning.

Just as the final whistle ended, my British journalist colleagues started a prolific streak of SMSes to me. The best were: “Out of EU and now out of EU…RO”. “How can England be out of Europe two times in under a week?” “Brexit Part 2: Shambolic England knocked out.” “Ice lands on England!”

It’s just unbelievable, unimaginable, unthinkable, unprecedented that one of the highest paid bunch of football millionaires couldn’t get past Iceland, with a mere 300,000 population, no bigger in people than Leicester City, or for a local “kampong” comparison, Perlis in north-west Malaysia!

England are now knocked out of Europe twice in under a week. The latest at Euro 2016, simply because they played the stuff of kindergarten football.

A primary schoolboy from Scotland to Singapore, Tunisia to Trinidad will probably shake his head countless times to ponder how Iceland, the smallest nation ever to grace a major tournament, inflicted one of the most humiliating defeats in English football history.

Immediately, (manager) Roy Hodgson resigned just minutes after the match ended. He was closely followed by the departure of assistant managers Gary Neville and Ray Lewington. Thank God, it’s the earliest of face-saving exits before Euro 2016’s highest-paid manager, at over 100,000 pounds a week, would’ve been disgracefully booted out.

To Hodgson, I say: Shame on you, and what a desperate and ignominious way to end your four years as England boss. Whatever else happened in that time, your period in charge will probably be remembered for the full-on humiliation that accompanied this defeat and the knowledge it will rank among the more infamous results in the history of the national team.

Here’s a timely motivational lesson for Singapore and Malaysia: If Iceland, with a population roughly the size of HDB estates of Toa Payoh and Tampines combined, and absolutely no history of tournament football, can do such a giant-killer act, why can’t we, if we seriously play with big hearts and bigger souls.

Simple as A-B-C. What hot heroes Iceland were: Brave, organised, superb. The “Icemen” have now established themselves as the greatest story of Euro 2016 and it feels almost like a trick of the imagination that it’s only four years since they were ranked 133rd in the world. Yet that will not reduce the embarrassment for England, their departing manager and a set of players who chronically under-performed after Wayne Rooney’s early penalty.

Bottom line: Iceland played with courage, skill and togetherness. England, in stark contrast, dramatically lost their way once their lead had been wiped out. In a nutshell, wayward finishing, stern defending and poor passing meant England were unable to find a response as Iceland deservedly set up a remarkable quarter-final with hosts France.

Very vividly, England’s weaknesses, mental and technical, were exposed in this knockout match. They played like total strangers. I must say that Hodgson’s flaws as a top-class coach were also revealed as the match wore on.

Looking back, chief among them has been the tactical woolliness that has defined England’s four games. For example, the flip-flopping between a 4-3-3 and the midfield diamond that seemed a better fit for the players at his disposal. And the use of key men out of their best positions. Notably, the shoehorning of Wayne Rooney into midfield was an absolute disaster.

More shocking was a complete lack of conviction about the style of play. England’s players don’t seem to know whether they’re meant to be pressing, countering, passing through the middle, working the ball wide or going direct. There was a siege of sorts in the final 20 minutes against Iceland but it rarely threatened to pay off. And “old man” Hodgson, with desperate fingers scratching his cheek, clearly showed he’s not up to the task.

Looking back, Hodgson appeared brain-dead in tactics and after being 2-1 down as early as the 20th minute, he later brought on Jamie Vardy in place of the largely ineffectual Raheem Sterling. Jack Wilshere had come on at half-time for Eric Dier, who might have been suffering an ankle injury. England, for some moments, looked like they had the attacking personnel to save themselves but Rooney, Daniel Sturridge and particularly Harry Kane had a wretched match. Marcus Rashford was brought on and Gary Cahill finished the game playing in attack.

What next for England?  Now perhaps even Fandi Ahmad, with a FIFA Pro Licence certificate (the highest in FIFA’s coaching books) can apply for the job as they will have another manager for the next World Cup. Humiliated Hodgson’s reign will now be defined by a result comparable to losing to the United States in the 1950 World Cup. And, yes, the now-familiar inquest will begin about what it wrong with football in the country that likes to think it invented the “bola” sport.

Both Ong Kim Swee (Malaysia coach) and V. Sundramoorthy (Singapore coach) will pick up the critical lessons and realise that the bottom line for England is that no team can defend this generously and expect to get away with it. England’s back four has been a legitimate source of concern for some time and it was startling to see the way they capitulated at the back when the team had made such an encouraging start.

Good riddance to bad rubbish, the Brits always say. As for England, bowing out to Iceland will leave a prolonged hangover that will prove hard to shake, with the fans rightly chanting, “You’re not fit to wear the shirt”, at the final whistle in the most crushing and embarrassing circumstances.

Stepping down, Hodgson read a prepared statement at his post-match press conference, but even that contained hollow claims. He said England were the youngest squad here. They weren’t. That is Germany. World champions Germany, who are in the quarter-finals, having put three past the Slovakian team that held England to a 0-0 draw.

The signs of rousing progress that the Football Association demanded, from the younger generation of players, were sadly absent in a display as confused and ineffectual as any England have delivered at a major tournament to date. Beaten by the United States in 1950, there was at least mitigation. It was their first tournament, and in South America.

Here at the Stade de Nice in France against the unfancied “Icemen”, it was never the nicest of exits. I, too, hold my head in shame as I picked England to be a serious Euro 2016 contender. Now I feel engulfed by the latest stench of failure from the “Land of Football”, all because the Englishmen played like kindergarten babes.

England’s solitary flag-bearer is now Wales as the fiery Gareth Bale-led underdogs play Belgium in the quarter-final on Friday. Bale is the closest British to a Diego Maradona, with the freedom to spring into full dazzling life at any singular moment. Let’s keep the fingers crossed.