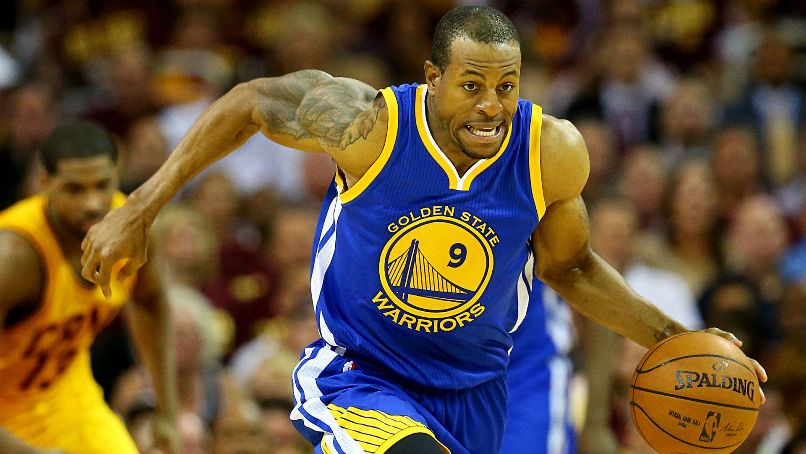 Free agent swingman Andre Iguodala has agreed on a three-year deal to remain with the NBA champion Golden State Warriors, with the 33-year-old reserve confirming the move on Twitter.

“Sources close to Andre Iguodala reporting agreed to terms to return to the bay….” Iguodala tweeted, a poke at the uncertainty surrounding all news in the first days of the NBA’s 2017-18 free agency frenzy.

Talks with free agents began Saturday but the league forbids contract signings until Thursday. That doesn’t prevent dealmaking but it does keep teams from talking about their moves until they are finalized.

Iguodala’s deal, worth $48 million (42 million euros) according to multiple reports, comes after he met with the San Antonio Spurs and Houston Rockets.

The Warriors are working to retain the core of a club that has won two NBA crowns in three seasons and came within a game of sweeping all three.

Golden State agreed to terms on the richest contract in NBA history with a five-year “supermax” deal worth $201 million to star guard Stephen Curry, the two-time NBA Most Valuable Player reaping the benefits of a salary cap jump and a willingness to take less than he could make elsewhere to keep the Warriors a title contender and on budget.

That’s much the same decision that appears to have been made by NBA Finals MVP Kevin Durant, who left Oklahoma City for Golden State in a free agent deal last July.

Durant opted out of his contract so the Warriors had more money to pay top reserves Iguodala and Shaun Livingston but is expected to rejoin the club. He would likely command a huge deal next year but his sacrifice this season keeps the nucleus of a championship dynasty together for another campaign.

Iguodala was the 2015 NBA Finals MVP, his insertion into the lineup producing matchup issues Cleveland could not overcome, and he was a finalist for this year’s NBA Sixth Man of the Year award given to the top bench player.

Iguodala averaged 7.6 points, 3.4 assists and 4.0 rebounds in 76 games last season and has averaged 13.0 points, 4.5 assists and 5.3 rebounds over 13 seasons with Philadelphia, Denver and Golden State.

His rejection of the Rockets, who landed point guard Chris Paul in a deal with the Los Angeles Clippers to join star shooting guard James Harden, prompted Houston to strike a deal with forward P.J. Tucker, multiple reports saying it was for four years and $32 million.

Tucker met with the Toronto Raptors, who obtained him last February in a deal with Phoenix, but talks with Houston players, including Harden and Paul according to ESPN, prompted him to join the Rockets.

Known for intense defensive play, Tucker averaged 6.7 points, 5.8 rebounds and 1.4 steals in 81 games for the Suns and Raptors last season.

The Rockets also might be a landing spot for Carmelo Anthony if the New York Knicks decide to trade the 33-year-old forward, a three-time US Olympic gold medalist.

ESPN reported the Knicks found little traction in talks with Houston, but that Anthony’s split with Rockets coach Mike D’Antoni when he guided the Knicks would not be a limiting factor.

The Cleveland Cavaliers, who lost to Golden State in the finals for the second time in three seasons last month, agreed to terms with point guard Jose Calderon, the 35-year-old Spaniard’s agent announced. The one-year deal would see him serve as a backup to Cavs guard Kyrie Irving.