Home 2021 “In MotoGP™ many women work out of the spotlight” 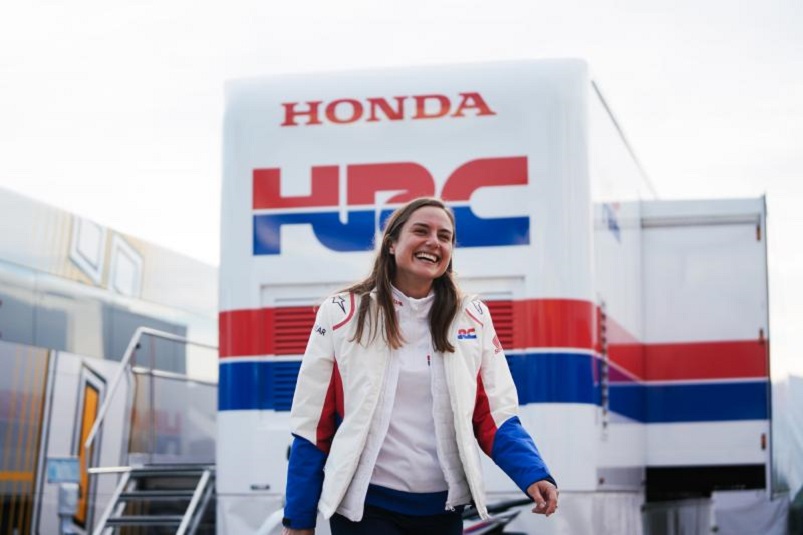 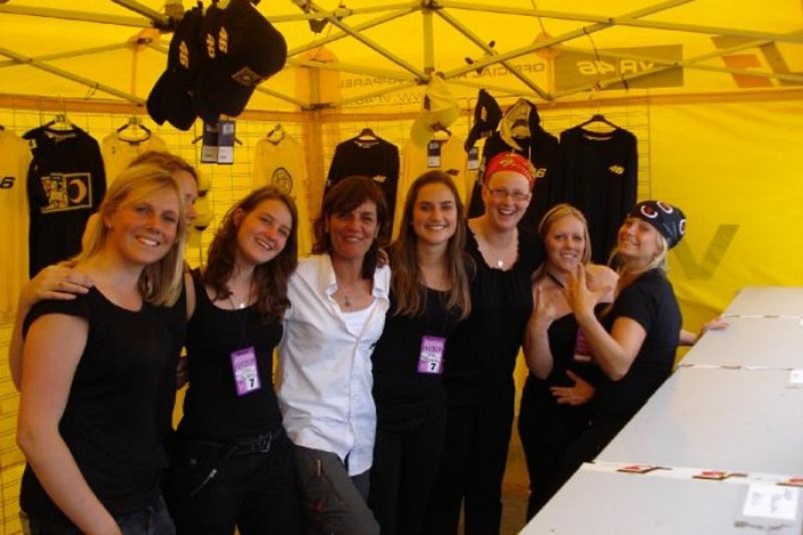 Events transpired to bring Eva to the paddock, where she has faced fresh challenges while maintaining faith in her ideals

Eva Wiggelendam’s story begins in 1989 in Amsterdam. From a young age, she cultivated her passion for sport and then chose to study political science with the enthusiasm of those who dream of changing the world by one day working for international organizations like the UN.

But, while doing an internship at the Dutch consulate in Barcelona, ​​she realised the diplomatic surroundings were not for her; she was looking for dynamism and found it working in the field of sports. Since 2019 she has been the coordinator of the Repsol Honda team, one of the most prestigious teams in the MotoGP™ World Championship. She is the only female on the team that covered all the Grand Prix in 2020 and is the first #WomenInMotoGP star of this new year.

“In 2009, when I was still a student, a friend of mine contacted me because a Catalan company was looking for someone who spoke Dutch and Spanish to work on merchandising during the Dutch GP at Assen. I thought it was an interesting offer, so I accepted. When I arrived I was surprised by the number of people present at the race, it was incredible. Then, after the GP, the merchandisers asked me if I would like to go with them to another race, in Laguna Seca. I accepted. Next thing I was in San Francisco.” For a time Eva continued to attend the circuits, staying behind the stands selling merchandise for the riders who would become her travel companions a few years later.

“I really like living in Spain: its culture, its way of life, so after graduating I chose to move there to live. I was working in La Liga, following football, when a friend told me that Dorna had a job offer that I might be interested in.” So Eva left the stadiums to return to the circuits, but this time accessing the paddock to help build an ambitious new project: “I started working a few days before the first selection for the British Talent Cup was made, then I saw how the first season was put together. It was through this experience that I realised how fascinating motorcycling is because its technical side is vast and complex. “

After the British Talent Cup, Eva had the opportunity to explore life inside the paddock where she was in charge of the logistical aspect of the races. It was there she discovered how Race Direction works and the needs of both the riders and whole staff involved in race weekends. “It was like being in a Grand Prix but in miniature form, because you do the same things but, with fewer people involved, I had the opportunity to get to know many different aspects up close.”

Satisfied and proud of having discovered in depth a world, a new challenge was about to arrive: “Working for Dorna I met Alberto Puig and, when the opportunity presented itself, he asked me if I was interested in becoming the coordinator of the Repsol Honda team.” Attracted by the offer, Eva confirmed she was.

“When Marc Márquez won the title in 2018 I still did not work at Honda, but it was already certain that I would become a member of his team the following season, so I sent a message to Alberto Puig to congratulate him. His response moved me. He told me that they would try again the following year, counting on my contribution. At that moment I realised that this team would demand a lot of commitment from me because they always aim for the top. Being a competitive person, I had confirmation I would feel comfortable in that environment.”

In 2019 Eva joined the team where the Márquez was crowned after his eighth victory of the season: “The Thai Grand Prix was decisive. I do not deal directly with the celebrations. However, I was particularly attentive because if Marc had not won the title, we would have had to plan a different programme. Anything can happen until the end and I remember the tension of those days. During practice he crashed. We tried to stay calm but it wasn’t easy.” On Sunday came the victory of the race and the title. Eva organized the trip to celebrate the “Eight ball” in Bangkok.

The context was very different in 2020, a year marked by the Covid-19 pandemic, a situation that generated many complications. The team coordinated by Eva was no exception. “The team is made up of 45 people and many of the team members are Japanese, so they came to Europe in July and only went home when the season ended. I was also in charge of managing their stay on the days when we were not busy at the Grand Prix.” 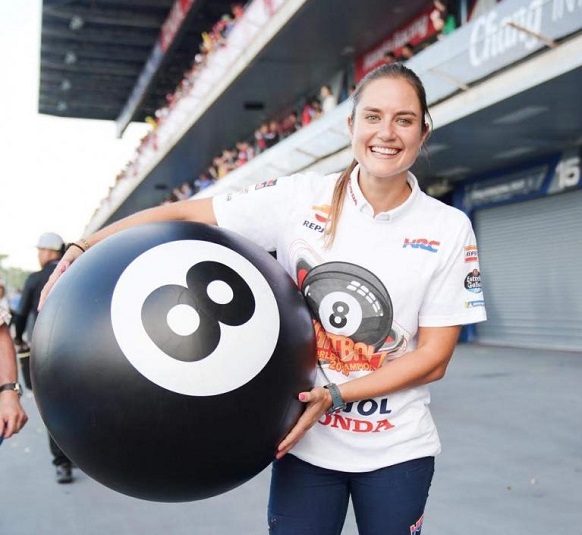 There are still only a few female faces that analyse the data in the pits. Eva believes that it depends in part on the stereotypes that are taught and that little by little they are changing: “We give girls little dolls and not constructions, so they (and we) have been following certain ideas from a very young age. We exclude them from the possibility of assembling parts to build a motorcycle. ” But, for her part, Eva herself pursues that idea of ​​changing the world by playing a different role than what she expected.

“I think it is important for a business to function well to have a balance between the number of men and women because I am sure that the group would work better. I would be proud to be an example for other girls although, being a coordinator, I am satisfied knowing that I do a job that is already quite accepted because there are many of us. There are still stereotypes that offend women. I cannot change the world alone but I want to do my part so that in the future certain preconceptions do not exist.”

And just thinking about her aims as a child, Eva’s plans are now different. She does not work in the diplomatic world, but there are some ideals from her past that are still applicable today: “I have always liked the idea of ​​working in an international company. If someone had told me when I was 15 years old that one day I would be part of a Japanese company and I would travel the world for work, I would have been really excited. Knowing that I would be successful in such a company would have given me a lot of motivation. “

Grateful for the series of events that have led her to be part of MotoGP™, Eva is aware of how complex it is to be working in this world: “I am happy to share my experience and I do it every time those who want to live in this environment contact me because I know how complicated it can be. “

And looking to the future, Eva has clear ideas: “I would like to see more and more female faces in the paddock and in the stands and I hope to see a season like 2019 again: a year in which, as a team, we fight for the title with the fans present at each Grand Prix.” – www.motogp.com