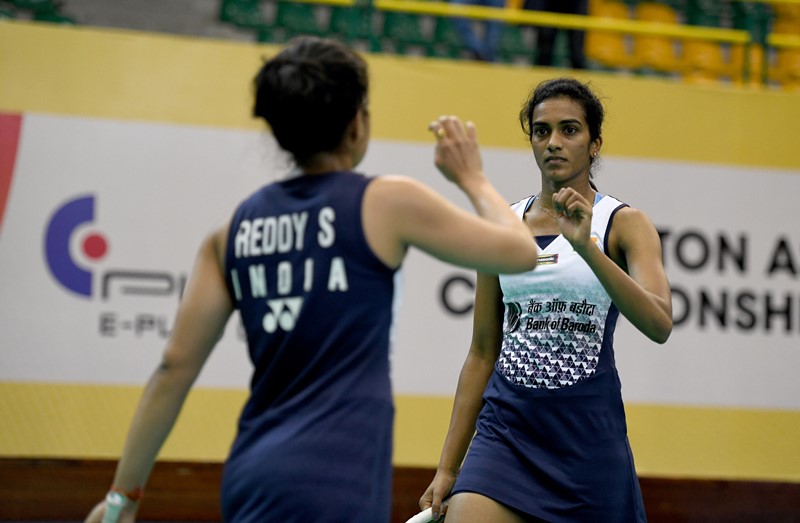 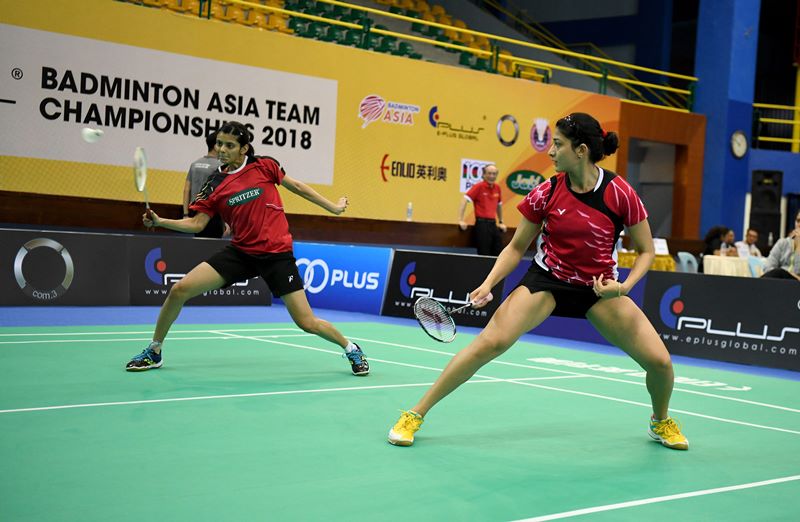 Without Saina Nehwal it was a struggle but P.V. Sindhu rose to the occasion to deliver two points – in the singles and in the doubles – as India rode a rough patch to edge Hong Kong China 3-2 in their opening Group W match in the E-Plus Badminton Asia Team Championships at the Sultan Abdul Halim Stadium in Alor Setar, Malaysia on Tuesday.
It was close call for the sixth seeded Indians, who also have Japan in their three-team group. India play Japan on Thursday to complete their group fixtures while Hong Kong China take on Japan tomorrow.
“It was certainly a close call for us today. I must admit that without Saina in the team it made things difficult for India,” said India team manager C. Zangpo after his team’s win.
Nehwal, was earlier named to the team for the Asian Championships which also serves as qualifier for the Uber Cup Finals in Bangkok in May. However, Nehwal, who was runners-up in the Indonesia Masters two weeks ago, asked to be left out of the team as she needs to recover from an ankle injury and needs longer time to prepare for next month’s All-England Championships.
Her absence saw Rio Olympics and world championships silver medallist P.V. Sindhu doing double duty in Alor Setar and the lanky 22-year-old responded by winning the first singles with a 21-12, 21-18 win over Yip Pui Yin in 33 minutes to give India the first point.
Hong Kong, however, leveled the score at 1-1 when Ng Wing Yung-Yeung Nga Ting sent Ashwini Ponnappa-Prajakta Sawant to a 22-20, 20-22 10-21 defeat in the first doubles.
It was 2-1 for Hong Kong when Cheung Ying Mei, who defeated Rio Olympics champion Carolina Marin of Spain in last week’s India Open, snatched a 21-19, 18-21, 22-20 win in the second singles to put the pressure on the Indians.
In the second doubles Sindhu partnered N. Sikki Reddy and rode a tricky path before pulling off  a 21-15, 15-21, 21-14 win against Ng Tsz Yau-Yuen Sin Ying to send the tie down the wire. It was left to Ruthvika Shivani Gadde to deliver the winning point.
The tall Ruthvika was fully tested by Yeung Sum Yee and had to come back from a game down to prevail 16-21, 21-16, 21-12 for the winning point for India.
“It was tiring but I had an easier win in the singles…so this helped me in the doubles. We have a rest day tomorrow (Wednesday) and it gives us some breathing space,” said Sindhu who lost her India Open title to China-born Zhang Beiwen in New Delhi on Sunday. – BADMINTON ASIA
RESULTS (Feb 6, Tuesday)
WOMEN
GROUP W
India beat Hong Kong China 3-2
(India first)
WS1: P.V. Sindhu beat Yip Pui Yin 21-12, 21-18
WD1: Ashwini Ponnappa-Prajakta Sawant lost to Ng Wing Yung-Yeung Nga Ting 22-20, 20-22, 10-21
WS2: Sri Krishna Priya Kuduravalli lost to Cheung Ying Mei 19-21, 21-18, 20-22
WD2: P.V. Sindhu-N. Sikki Reddy beat Ng Tsz Yau-Yuen Sin Ying 21-15, 15-21, 21-14
WS3: Ruthvika Shivani Gadde beat Yeung Sum Yee 16-21, 21-16, 21-13
GROUP X
Chinese Taipei beat Maldives 5-0
GROUP Z
Indonesia beat Singapore 5-0