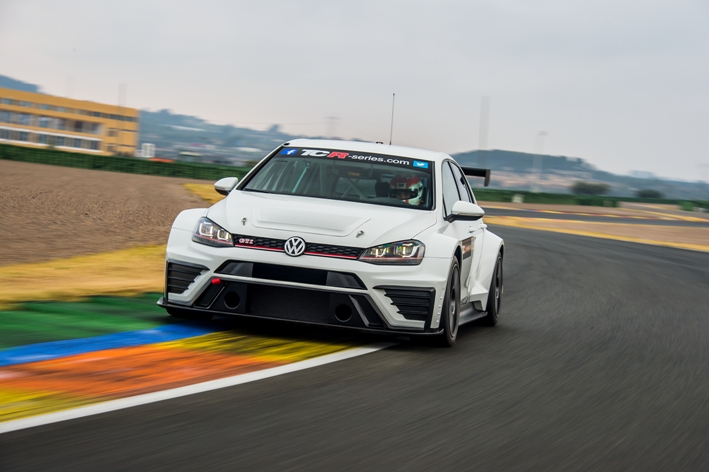 The stage is set for the new circuit racer: the Volkswagen Golf GTI TCR successfully completed the official TCR comparison tests in Valencia (E). Prior to this, the first five of 20 cars were delivered to two customers. The cars were then put through their paces during two days of testing at the Circuit Ricardo Tormo.

Engstler Motorsport from Germany and the W-Racing Team from Belgium, who line up in the TCR International Series in 2016, took to the racetrack for the first time with the new 330-hp touring car.

As well as familiarising themselves with the new car, the test programme also included the obligatory Balance-of-Performance test (BOP). This meant performance tests on the test stand, car measurements to determine the car’s centre of gravity, acceleration and deceleration tests with varying amounts of ballast and an official TCR driver at the wheel.

The data gathered in the BOP is analysed and used to achieve a similar level of performance between the cars of different manufacturers, thus ensuring everyone has the same chance of winning. However, this task proved far from easy for the powers that be: heavy rain in Valencia repeatedly disrupted the two test days. 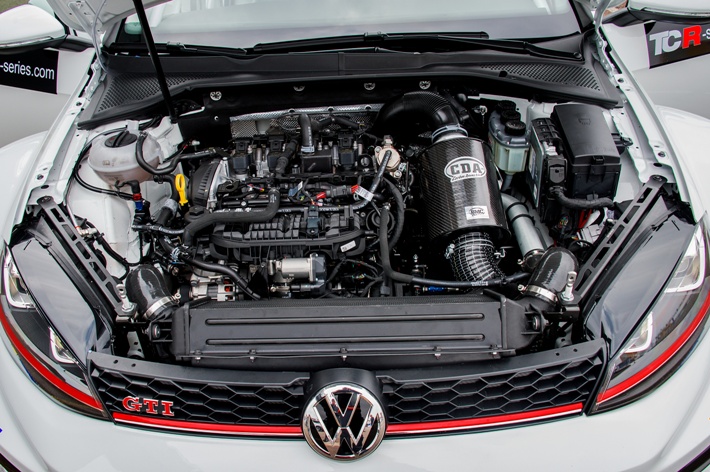 Quotes after the comparison tests with the Volkswagen Golf GTI TCR

Eduard Weidl, Head of Customer Sports
“The comparison tests with the Volkswagen Golf GTI TCR went well. We are happy, but we also know that we still have some work ahead of us – particularly when it comes to the cars’ traction. As such, the tests were very helpful and revealing. The Engstler team completed more than 50 laps with its three cars on both days, allowing it to make some valuable findings. The feedback received from the customer sports teams and drivers on the Golf GTI TCR was certainly very positive.”

Jordi Gené, test and development driver
“The Golf GTI TCR is a real racer. Compared to last year’s concept car, we have made good progress in many areas. Thanks to the new six-speed sequential racing gearbox, an improved braking system, and modifications to the aerodynamics, the Golf is now even better to drive. We will obviously continue to work on the car throughout the season, where the regulations allow it, in order to ensure that we improve continuously. As far as performance is concerned, I am sure that the customer sports teams will be able to challenge for the championship in the various TCR series.”